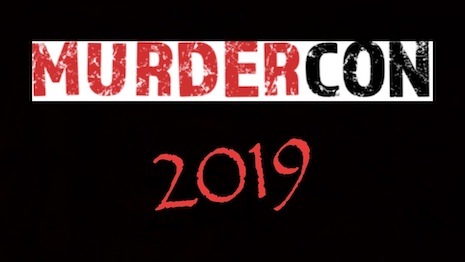 Each year, the Writers’ Police Academy reaches for the stars to offer writers the opportunity to learn and to train as law enforcement officers. The event is unique in that sessions involve hands-on training classes.

We’ve seated authors behind the steering wheels of patrol cars during pursuits. We’ve placed rifles and pistols in their hands and we’ve taught how to properly and accurately shoot them. We’ve set off C-4 charges and we’ve set things ablaze. Writers have learned to stop bleeding from gaping and blood-gushing gunshot wounds, and they’ve used battering rams to gain entry into buildings where armed bad guys were hiding.

Attendees have seen first-hand what it’s like to be involved in heart-pounding hostage and active shooter situations. They’ve seen mounted patrol officers and their horses and they’ve been on the receiving end of bites by an actual police canine (while wearing a bite sleeve, of course).

We’ve exposed writers to practically every aspect of police training. However, what we haven’t done in the past is to narrow the focus of the Writers’ Police Academy to a single, fine point, the subject matter that brings readers back to your books, time and time again—the solving of a murder.

Sure, readers love your characters and they love a well-described setting. And they love you, the writer, and your story-telling abilities. But what many readers and fans truly desire is to solve the case before your protagonists wrap up their investigations. To do so, readers need details. Many details. They need and want to see, hear, feel, taste, and touch (in their minds) every aspect of a crime scene. They want and need to experience the tales you’ve concocted and set to page, not to simply read strings of words.

In addition, your fans want to believe what it is you’ve offering as a means to take them deep into your fictional world. Therefore, the descriptions you provide must be accurate because, for goodness sake, nearly every breathing human on the planet has watched some sort of crime TV show and the cops on those programs use all of the latest tools, gadgets, and gizmos.

With this in mind, we’ve developed the most unique, spectacular, and exciting program ever offered to writers. This year, during our special event—MurderCon—we’re taking you to the source of crime-solving and crime-solving-tools and equipment—Sirchie.

Yes, we’re taking you on a tour of a large, one-of-a-kind manufacturing facility where all types fingerprint powders are made. It’s where drug testing kits are developed and assembled, and where fuming chambers are manufactured. It’s the place where, well, it’s where ideas for the latest crime-solving gadgets are conceived, manufactured, and then distributed to law enforcement agencies worldwide, whose investigators solve crimes ranging from the smallest to the most complex, high-profile murder cases.

Sirchie’s staff of esteemed instructors also train top investigators from all around the world. Sirchie instructors are the best in the business, and detectives, officers, and agents from a variety of local, state and federal agencies attend high-level sessions at the Sirchie Compound in N.C. These instructors also educate and advise investigators from state prison systems, airport security, FBI agents whose focus is on counter terrorism, and Treasury and Secret Service agents. International students come from countries ranging from Italy to Mexico and Argentina to Qatar.

Again, Sirchie is second to none when it comes to crime-solving products and training. We are fortunate to have them as our partner in this extremely special event for writers.

I’m beyond thrilled that you have this opportunity to train in a place that’s never been made available to the public. I’m also over the moon excited that you’ll attend the same training classes attended by some of the best homicide investigators in the world.

MurderCon attendees will see how crime solving products are made. Then, you’ll learn how to use those cool tools. And, finally, you’ll use the equipment in live-action settings, such as outdoors at a clandestine grave.

Anyway, we’ll release details very soon. Our website guru is working behind the scenes on a brand new website which we plan to launch on or very near to February 4, 2019. Registration for the Writers’ Police Academy’s MurderCon event opens in mid to late February.

The official hotel for the Writers’ Police Academy’s Murdercon is:

We encourage you to make your hotel reservations by using the online reservation link (below).

Individuals may also make their reservations by phone by calling Hotel’s toll free Reservation Line, 1- 800-MARRIOT.
To receive the established Group rate, you must identify yourself as a member of the Writers’ Police Academy 2019 event when making the reservation. All reservations must be received by the group’s Cutoff Date of on or before July 10, 2019. Reservations made after the Cutoff Date will be subject to availability and the most available rate.
*You’ll definitely want to reserve your hotel rooms well in advance for this unique event! We expect the room block to fill quickly. The same for spots at MurderCon. So please, please, please be ready to sign up when registration goes live. We’ll announce the date and time very soon.

Here’s a sample of what you can expect to see and do at MurderCon 2019: 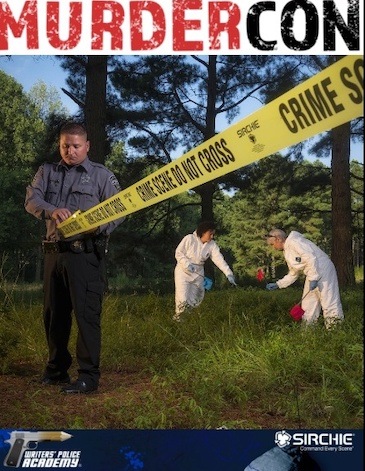 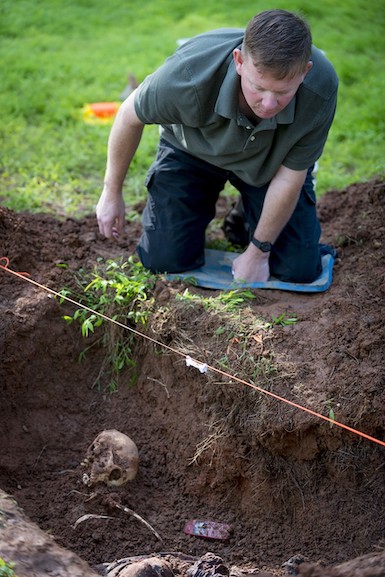 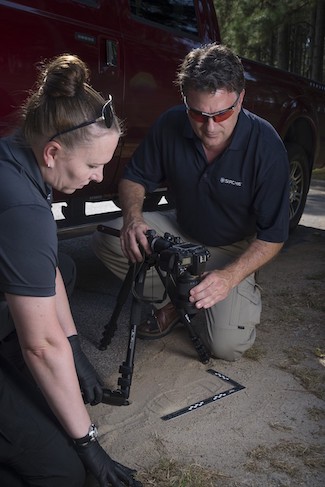 And, well, there are many more super-exciting sessions and workshops, but we’ll save those for later. In the meantime, yes, these are the same classes taught to law enforcement professionals and experts worldwide!!

Now for the icing on the cake.

I’m pleased and honored to announce that the 2019 MurderCon’s Special Guest Speaker is Graham Hetrick, the star and host of Investigation Discovery (ID) channel’s hit television series, THE CORONER: I SPEAK FOR THE DEAD. 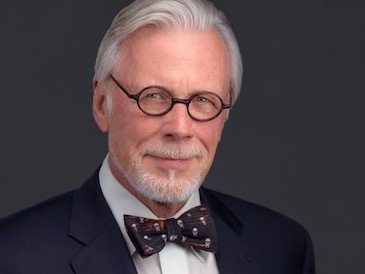 Graham is also a motivational speaker for students and troubled youth who are trying to get control of their lives through a speech entitled “Doors.” Over the last 35 years he has written and lectured on grief and loss recovery to the medical community, hospice groups and loss recovery organizations. Graham’s upcoming book explores improving the relationship between forensic evidence collection and organ tissue donation. His case studies are featured on the Investigation Discovery (ID) channel in THE CORONER: I SPEAK FOR THE DEAD.

The WPA and I are absolutely thrilled and honored that superstar author Heather Graham is joining us in 2019 as our Guest of Honor/Keynote speaker. Heather will attend many of the sessions throughout the weekend and then she’ll address the entire group at the Saturday night banquet. 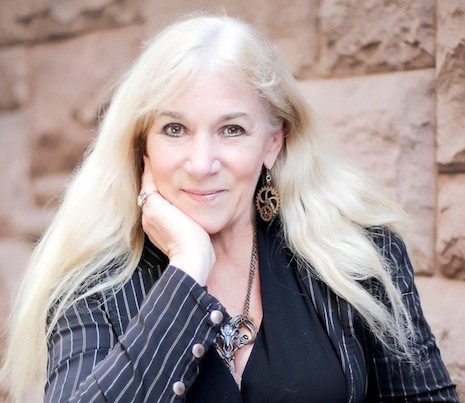 She is pleased to have been published in approximately twenty-five languages. She has written over 200 novels and has 60 million books in print. Heather has been honored with awards from booksellers and writers’ organizations for excellence in her work, and she is the proud to be a recipient of the Silver Bullet from Thriller Writers and was awarded the prestigious Thriller Master Award in 2016. She is also a recipient of the Lifetime Achievement Award from RWA.  Heather has had books selected for the Doubleday Book Club and the Literary Guild, and has been quoted, interviewed, or featured in such publications as The Nation, Redbook, Mystery Book Club, People and USA Today and appeared on many newscasts including Today, Entertainment Tonight and local television.

Heather loves travel and anything that has to do with the water, and is a certified scuba diver. She also loves ballroom dancing. Each year she hosts a Vampire Ball and Dinner theater raising money for the Pediatric Aids Society and in 2006 she hosted the first Writers for New Orleans Workshop to benefit the stricken Gulf Region.  She is also the founder of “The Slush Pile Players,” presenting something that’s “almost like entertainment” for various conferences and benefits. Married since high school graduation and the mother of five, her greatest love in life remains her family, but she also believes her career has been an incredible gift, and she is grateful every day to be doing something that she loves so very much for a living.

*Please make your calendars for this unique opportunity. In the past, the WPA event has sometimes sold out within the first hour after registration opens. Due to the nature of MurderCon’s unique training sessions and high level of behind the scenes type of instruction that’s typically for law enforcement eyes only, we anticipate spots filling quickly. The same for the event hotel. I strongly urge you to make your reservations as soon as possible. 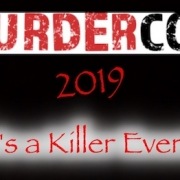 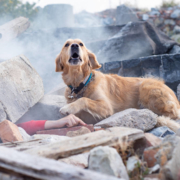