I didn’t know what I was in for when I signed up for the Writer’s Police Academy, only that it looked like a ton of fun and that I would be able to experience a lot of new things. I left with a lot of new story ideas, some new friends, and a much deeper understanding of the life of law enforcement officers and the decisions with which they are faced.

During one session, I sat in the room with a retired undercover narcotics officer. I thought, ‘Hey, I’m undercover, too. It’s almost the same thing.’ You see, I didn’t tell anyone I was a literary agent. I went there for me, as a writer and as a person who has always had an intense fascination with the workings of the system, not to scout potential clients. 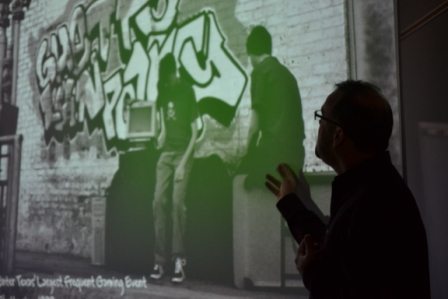 The undercover officer went on to explain how he had to camouflage himself to look like a junkie, how he had to go into incredibly volatile situations with a clunky wire strapped to his back and no weapon to try to buy drugs and bring the bad guys down.

‘Sure,’ I thought, ‘I could be found out, too. It would be nearly as dangerous – all those authors, and just me, one agent, sure to be swarmed and not even be able to go to the bathroom without a manuscript sliding under the wall of the stall.’ All those writer junkies. We’ve all heard the stories, right?

Well the funny thing was, everybody else there was just like me. Wanting to blend in, to observe, and to learn everything they could. I didn’t tell many people who I was and almost nobody asked. It was a bizarre twist of “Don’t ask, don’t tell.”

With good reason. With so many professionals around, giving us their time, experience, and knowledge, all anyone wanted to do was pay attention. And pay attention we did.

The first session I attended was “Human Trafficking.” I thought it would be a great plot or subplot in one of my Detective duo’s future books. Now I think it will be the main story.The hard realities I learned in that class will stay with me forever, as will the haunted look in the instructor’s eyes. I know he didn’t burden us with the harshest realities of his job, but you could see it written all over his face. The few things he did share will stay with me forever. 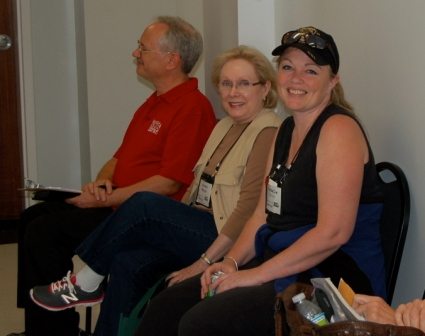 Waiting to enter the FATS room

During my Fire Arms Training Simulator (FATS) session, I had to face an eleven-year-old girl armed with a shotgun and aimed it directly at my partner. In a millisecond I had to choose between shooting a child and the death of my partner. Just like that.

I took the shot.

You can’t truly understand what that horrifying moment is like, until you have to make that choice yourself.

I’ll be going back next year for sure. Experiences like that combined with the insight offered by the instructors are priceless, and I have been forever changed by all of it. Maybe I’ll get in on the prison tour and the driving simulator. Even if I don’t, I know I’ll get my money’s worth, and then some. 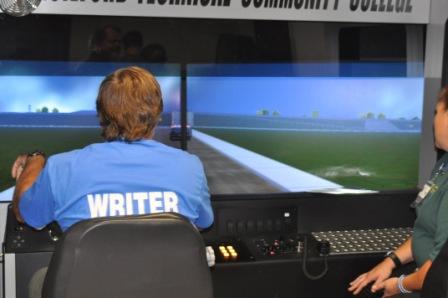 As an agent, the one thing I did learn is that if I get a query in for a mystery, detective novel, or any fiction involving law enforcement, and that writer tells me that they attended the WPA, it will mean something to me.

It will mean that author is serious about their work, willing to do the research, and probably has a lot of unique insight woven throughout their novel. And that will definitely get them a closer look. 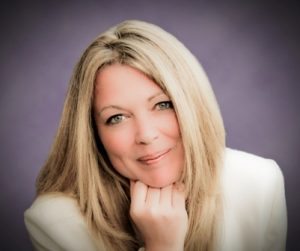 Michelle L. Johnson fills many shoes in the literary world.

She is a literary agent. She is a Jr. Literary Agent working with and learning the business from Marisa Corvisiero, Esq. at the Corvisiero Literary Agency.

She is an author. Her debut novel, The Footloose Killer was released March 2012. She is working on the sequel, and has several other writing projects on the go.

She is an editor. Working with other authors coaching and collaborating is something Michelle excels at, and works with both independent clients as well as a small, independent press and a small publishing house.

Followon TwitterSubscribeto RSS Feed
A Quiet Day In Our Neighborhood, With Friends

Castle: Secret’s Safe with Me – A Good Cop/Bad Cop Review
Scroll to top