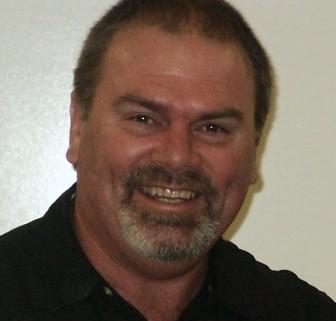 Each day, either by email or telephone, I talk to lots of law enforcement officers from all over the country. I like to stay abreast with what’s current in the world of cop and robbers so I can pass along that information to my friends in the world of books, radio, television, and film.

I provide this information in various ways. I write articles for an assortment of newspapers, magazines, and newsletters. I manage and write The Graveyard Shift. I speak at several writers conferences each year. And I receive, and answer, hundreds of emails each and every day, seven days a week.

My life is usually a whirlwind of travel, conferences, library and school talks, consulting, writing and managing this blog (The Graveyard Shift has indeed become somewhat of a monster, receiving well over 22,000 hits each day from 120 countries) and writing books (in my spare time).

I currently have two works-in-progress, along with a kids book that’s scheduled for release next spring. I partnered with Becky Levine to write that one. One of my current projects is a novel I’ve just completed that’s now in the proofreading stage. The other is a true-crime book that my hard working agent, Scott Hoffman of Folio Literary Management, is shopping around to various publishers.

One of the publications I write for on a regular basis is InSinC, the national newsletter of Sisters in Crime. For those of you who aren’t familiar with Sisters in Crime you should be. It’s a wonderful organization. In fact, SinC president, Roberta Isleib, will be a guest blogger on The Graveyard Shift in a couple weeks.

Anyway, last month I wrote an article for the Sisters in Crime newsletter called Maybe The Grass Isn’t Greener Over There.

That little story has such an important meaning to me (only me) that I’d like to share it here on the blog. Here goes:

Maybe The Grass Isn’t Greener Over There

I’ve recently put together a proposal for a true-crime book about a grisly homicide that occurred in the Midwest. The story is exceptionally fascinating. It’s a convoluted and compelling tale with enough twists to make it seem fictional. A real imagination stretcher.

I knew that researching a true crime would be a daunting task. It was not something I was looking forward to, especially since I had made a promise to myself to never again write nonfiction. I must be a glutton for punishment because I sharpened a couple of pencils, grabbed a handful of notepads and my camera, and traveled to the city where the crime took place.

I spent time with the detectives who worked the case, the attorney who prosecuted the killer, and the coroner who performed the autopsy. I visited the crime scenes and interviewed the family and friends of the victim and killer. I even spent a few minutes at the victim’s grave site.

I became more and more interested in the case as details unfolded. I even began to feel a strange connection to the victim, a young woman I’d never met. It didn’t take long for the case to become a part of me, consuming my energy and thoughts. At the end of each day, though, something always seemed to be missing. I couldn’t quite put my finger on what, so I shrugged it off and moved on.

It’s been over a decade since I’ve investigated a murder, but as soon as I set foot in the Ohio police department for my initial meeting with the lead homicide detective, I felt it again. I don’t know if it found me because I was again surrounded by patrol officers with all their creaking leather gun belts and jingling, jangling keys, or if sitting in a briefing room listening in on secret meetings allowed it to return. The cause might have been the familiar smell of Hoppes gun oil, or maybe it was the behind-the-scenes joking and kidding that’s never seen by the general public. I don’t know what brought it back into my life, but one thing was certain, it was back.

Sure, I felt comfortable inside the police department. After all, I’d been in the business for over twenty years, solving crimes and arresting bad guys. I’d ten-foured with the best of them. I knew the case I was researching was closed and that the killer had been found guilty of his crimes and was now safely tucked away in a maximum security prison. Still, I couldn’t seem to shake the feeling that an important element was missing in this case, and I was going crazy trying to figure out what, or who, eluded me.

During my trip, I spent hour after hour riding in police cars, pushing my way through overgrown brush, wading through mud and water, sorting through and reading court documents, pawing through newspaper archives, examining evidence, and taking notes and photos. I also ate quick, on-the-run meals with law-enforcement officials in tiny, greasy-spoon diners.

I got very little sleep and felt really overworked. Just like the good old days. Still, lurking around in the back of my mind was the sense that something was missing. The feeling was beginning to really nag me, like a relentless mosquito that buzzes around your ear. The feeling grew worse with each passing day. Man, was it ever annoying!

By the last day of my research trip I was totally exhausted, but I sensed a fulfillment I hadn’t felt in a long, long time. I’d discovered things in the case that had never before been uncovered, and I’d found out things about the killer and the victim that the police hadn’t discovered during the initial investigation. It was exciting.

At midnight of the last night of my research trip, I was sitting in front of my laptop, transferring notes to my computer, when I finally realized what had been bothering me for so long. I knew what was missing in the case, what the mosquito was in my ear. It was me. I was the missing piece of the puzzle.

Twelve years after I left police work, and I’d just learned that I actually missed it. I missed grabbing meals on the run, working long hours, falling asleep at my desk after a marathon work session, the lonely, solitary working conditions, and tons of pressure to succeed.

After sitting and thinking for a while, missing my old police car with its seat molded to fit my rear and my suit coats with their linings torn from rubbing against the hammer on my service weapon, another stark realization hit me. All the things I missed could be found in my new life as a writer. The only real difference was that, as an investigator, I started a case with a puzzle to unravel. As a writer I begin my work with the solution and then work in reverse to develop the mystery.

After carefully weighing the two options, I think I’ll stick with the latter profession. It’s much safer. Haven’t had to dodge a single bullet since I started writing.