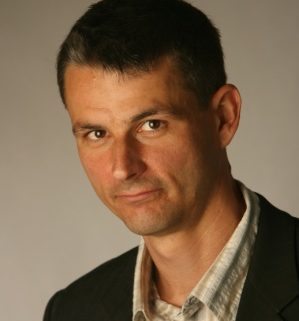 Mark Arsenault is a Shamus-nominated mystery writer, a journalist, a runner, hiker, political junkie and eBay fanatic who collects memorabilia from the 1939 New York World’s Fair. His new novel is LOOT THE MOON, the second book in the Billy Povich series that began with GRAVEWRITER, a noir thriller praised for a fusion of suspense, humor and human tenderness. With 20 years of experience as a print reporter, Arsenault is one of those weird cranks who still prefers his news on paper. His Web site is: www.markarsenault.net
Arsenault’s newspaper series from his prison interviews is on-line here:
http://www.projo.com/extra/2004/craigprice/content/part1.htm

There’s one entry point into Rhode Island’s Supermax state prison, through the kind of steel doors you might find in a bank. The visiting room is just like the movies-two rows of plastic chairs facing each other, separated by a window. There are telephones on each side of the glass.

Though the prison sits a few hundred yards from a shopping plaza, it felt like a foreign country, the kind that barely tolerates visitors. The building looked worn down, but it was spotlessly clean because work details from the minimum-security jug down the road were constantly cleaning it. I noticed tiny handprints on my side of the glass where a child had reached for a father on the other side.

I waited maybe five minutes, then a door opened on the other side of glass and massive Craig Price shuffled in, shackled at the ankles and cuffed with his hands at his waist. I recognized him instantly from newspaper photographs. In 1987, at age 13, he had murdered a neighbor, slipping into her house and stabbing her dozens of times. He got away with that crime for two years, and then repeated the act, killing a single mom and her two daughters in a horrific night of bloodshed. He accidentally stabbed his own finger during the attack, and the wound betrayed him as the killer.

He was infamous in Rhode Island, portrayed on TV and in the papers as a mindless, monstrous, 275-pound killing machine.

And after 15 years locked up in silence, he had agreed to speak. I was the first newspaper reporter to interview him.

He sat down, took the phone and immediately asked me, “Did you sign that piece of paper when you came in?”

I was prepared for nearly anything he might say to me-but not for that. “Um, I signed something,” I stammered. Naturally, I had just signed where the correctional officer had told me to sign. Who reads that stuff?
He frowned and gave me the bad news. “The cops do that sometimes. You just consented to a strip search on the way out.”

Huh? Consented to a what?

No way was I taking off my pants in state prison. Nothing wrecks an afternoon like a methodical cavity search. What the hell did I sign?

Price let me hang in terror for a few seconds, then broke into a wide grin and said, “Naaa, man, I’m just messing with you.” He shook with playful laughter. 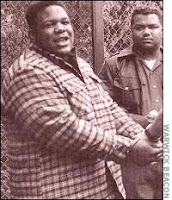 I was stunned by the disconnect-the most feared and despised prisoner in the modern history of the state…had just played little joke on me. And it was kind of funny, too, outside of the circumstances. These facts were hard to square.

That 75-minute interview was the first of my 50 visits with Price over two years, while I worked on a newspaper series on his life, his crimes, and his legal efforts to be set free. (He does not have a life sentence; the law at the time he was arrested required all juvenile prisoners to be released at age 21. Prosecutors charged Price for fights and other crimes in prison, which pushed his release date to around 2020.)

I eventually came to think of the visiting room as a two-way mirror that looked into another dimension, which most people never see. Throughout my interviews I had many moments of disconnect. He told me comical anecdotes about his childhood and of the wacky characters he has met in prison. At the same time, his crimes are unspeakable, and that fact is immutable. There were days I could not reconcile the person with the acts.

To make sense of the story, I wrote. I wrote my newspaper series, and then kept on writing. The stuff from those interviews leftover in my imagination became my third novel, Gravewriter, published in 2006.

Since then, if I really want to understand something, I write about it. Something about my brutal two-finger pounding seems to shake loose my thoughts. The horrible things I learned in prison led to a bleak place, but I wrote myself out of it. 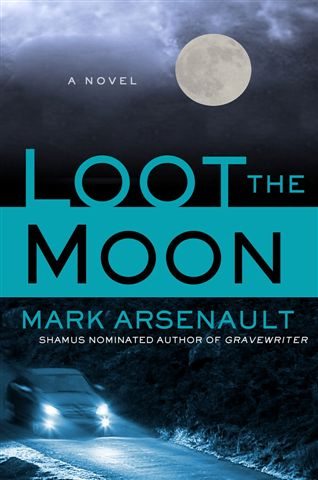 Followon TwitterSubscribeto RSS Feed
Castle: Fool Me Once – A Review