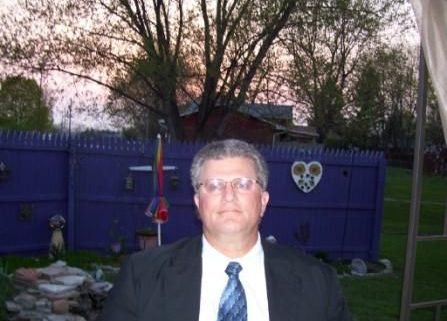 Recently, results were released of an investigation into details surrounding the New Year’s Day shooting death of a local deputy sheriff. Part of the information released involved a time line of events, which started me thinking about those few minutes when an officer responds to an emergency situation, usually never knowing exactly what is going on, except that someone is in dire need of help.

A few years ago, I read a novel that was written by an author who writes murder mysteries and is, admittedly, a very successful author. Early in the book the protagonist, a deputy sheriff, is responding to an active school shooting. This portion of the story only lasted a few pages, but I remember thinking at the time that the author, as good a writer as they may be, just didn’t understand what went on in a police car in those few tense and highly emotional minutes when an officer responds to a violent, fluid and largely unknown situation. It didn’t ruin the story for me, but I believe it tainted my view of the heroine’s actions from that point forward.

I realize that authenticity must sometimes be sacrificed for story, but I also believe that the more authentic a story is, the more believable, and therefore the more enjoyable, it will be.

When an officer responds to an active shooter call, they have one primary concern. That is to get to the scene and stop the person doing the shooting. No one is going to take that time to tell the dispatcher to call crime scene personnel (a major flaw of the story I referred to) or to contact someone to draw up a search warrant or call detectives. Those are all things that can be done once the scene is secured. Once the suspect has been stopped or has fled the scene. 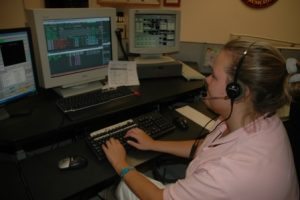 Officers want any updates the dispatcher can give as to suspect description and location. Dispatchers try their best to get that information to the officers on the street but are rarely able to give accurate information, largely due to the hysteria they encounter from callers.

The amount of information the dispatcher is able to give can vary from a detailed description of the suspect’s appearance and actions to, “report of a person shot, no other information.” I remember one triple shooting I responded to at 3 a.m. many years ago in which the caller was able to identify her assailant by name, since it was her brother. But that was little help to us, since she could not tell the dispatcher if he was still in the house, what he was wearing, or what type of car he may be driving

Often, the information given is inaccurate because the caller is excited or just sees things that are not there. I can think of at least two separate occasions when we were hunting certain vehicles that had fled shooting scenes. When my partner and I stopped the vehicles, it wasn’t just because the cars we stopped matched the descriptions broadcast (they were similar, though different colors) but also because of where they were when we spotted them. The cars were just about where they should be if they fled the scene in our direction. An officer responding to a call in which a suspect has fled tries to think about the time that has expired, how much time the dispatcher may have taken to the call broadcast and what route a car (or suspect fleeing on foot) may have taken to get away from the scene. Of course, all of this is going through officer’s minds while they are listening for radio updates, listening for other units responding and where they might be coming from, plotting out one’s logical response route, and watching for other traffic that won’t get out of the way despite the lights and siren response. 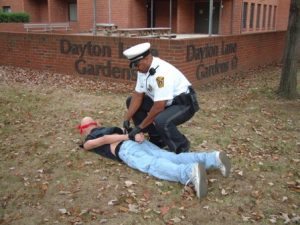 So, when writing about officers responding to emergency calls, don’t be too concerned about your officer rattling off a list of instructions to the dispatcher to call this person or that agency. Remember, their primary concern is to get to the scene and stop the bad guy from doing what he is doing or too catch him as he is fleeing the area. That’s pretty much it in a nutshell.

Finally, I have always felt that the books I love the most are those that can stir my emotions as I read. When you are reading in your favorite chair in the safety of your home and you suddenly realize that you feel tension or sorrow or fear because of what you are reading, you know you are holding a good book.

Tension is high when an officer responds to an emergency call, especially one involving another officer in trouble or an active shooter. Perhaps the hardest part about writing such a scene is to capture that tension. As I was preparing this post, I tried to find recordings on the Internet of officers calling for help so that you could listen while reading. At the YouTube website, I found many such calls. In fact, there were too many from which to choose. I would suggest that any time you want to write a scene involving officers in a dangerous situation that you go to YouTube or a comparable website and listen to some of the emergency radio calls. You will probably feel a chill, as I did, when you listen to some of these calls and realize what was at stake. If you are able to tell your story and cause your reader to feel that same chill, then you will have accomplished a great piece of work.

Followon TwitterSubscribeto RSS Feed
A Day On The California Coast