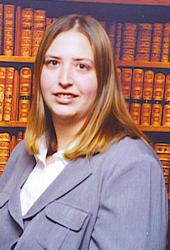 Lisa St. James resides in Columbus, Ohio with her husband. She currently works as a Background Check Coordinator. Working hard to complete her first manuscript, she spends her free time serving as Vice-President for the Columbus, Ohio chapter of Sisters in Crime as well as a Junior Girl Scout Leader. Lisa has a Bachelor’s degree in Forensic Science with a specialization in Crime Scene Investigation and a Master’s of Science in Forensic Psychology. When she has time she likes to surf the web and update her blog located at: http://aspiringmysterywriter.blogspot.com.

What a girl will do to earn a living

While most kids my age were watching Beverly Hills 90210, I was planted in front of the television every Sunday night watching Unsolved Mysteries. Some might say I had a morbid curiosity, but to me it was more than that. It was about finding out whodunit and why. If anyone had told me then that I would end up as a private investigator, I would have laughed in their faces.

It was already decided in my mind. I was going to be a Native American Historian. A major in history was safe and respectable. Working out west, visiting reservations, and maybe even marrying a hot Native American man. That sure sounded good to me.

Unfortunately after two years, the rose colored glasses came off. I was going nowhere with history, and having done research in the field, there really was no future except to become a teacher. I knew that wasn’t for me though. Finally, in 2002, I found the name for the stuff I had been interested in all those years ago when I was a little girl. Forensics.

Two years later I had my Associate’s Degree in Forensic Science and had finally found my life’s passion. I made the decision to continue and moved down to Beckley, WV to complete my Bachelor’s at Mountain State University. The school had hands on experience and great professors, but now I had to find an internship.

Once I learned about the internship requirement a list of private investigation firms to contact was quickly compiled. Almost like querying, I sent cold letters to about five firms to find out if they offered internships. One place wrote back and said they did not have internships, three never responded, and the last one said yes!

All set to start in May 2006 when I finished school, I actually had the opportunity to work a case in West Virginia before I got home. An insurance company had hired us to investigate a widow’s claim, who they felt should not be the beneficiary of her late husband’s insurance policy.

My job was to travel to the end of the earth (okay, so it was actually just a town near the border of WV and KY, but it felt like a scene out of the movie Wrong Turn) and get the dirt.

The first time I was there was awful. I had no idea what I was doing. Many of the neighbors were old. However I found one gentleman, we’ll call him Mr. Jones, who let it be known the widow was seeing another guy and they had been on and off during her marriage to the deceased. Mr. Jones even went as far as telling me the boyfriend’s name was John Turner and his father was Rev. Turner at one of the local churches.

Finishing my first trip there, I was quite disappointed that all I had learned was that the widow was a cheater, and that she had moved to a trailer park in the next city over. After conferring with my supervisor, we decided a new approach. Visit the local bar, grab some drinks, and see what I could learn from the towns local yokels. Okay, so I have to go back, it’s a bar, and I get to drink? Woo hoo!

A friend was allowed to go with me and together we lied our butts off! And it worked! Not one person in the bar liked the woman; they were all friends of the deceased. As we began chatting up Kitty the bartender, she revealed that the widow once told her husband that she hoped he would die from electrocution. Sadly he did.

Then we learned the widow was an awful mother and had no custody of her children. She also had no problem stepping out on her husband. As long as he had a heartbeat and the right equipment she was sold. One piece of pertinent information we learned ended up breaking the case wide open.

Apparently one night in the bar the widow was dancing with a man named Jack Stone. Her husband came into the bar looking for her. In a moment of what the widow must have deemed as genius, she took a beer bottle and whacked Jack Stone over the head and acted like it was all unwanted advances on his part.

Turns out there was a police report filed, and after speaking to the department, it was learned the widow had been committing check fraud. Needless to say, with all that information, she lost out on any chance for the insurance policy. 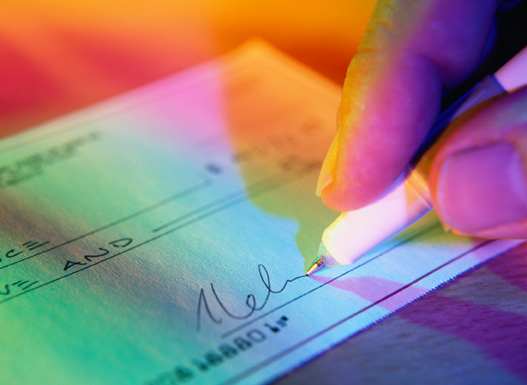 Speaking of cheaters, I once worked on an extremely satisfying surveillance. A wife, Mrs. Lane, contacted us from Maine and wanted us to follow her husband who was coming in the area for business.

Mr. Lane had recently been in contact with an “old friend.” Mrs. Lane knew they planned to meet for dinner to “catch-up” but had an inkling that something more could be happening.

We were provided with Mr. Lane’s flight information, car rental company and a picture of him. My job was to plant myself in the airport near the security gate and wait for him to arrive. As soon as I determined the make of the rental car, I would contact the second investigator and he would take over while I ran to my car in the parking garage and caught up.

The ten minutes from the time I started my tail on Mr. Lane from security, out the terminal, downstairs to baggage claim, and to the rental car pickup was the longest ten minutes of my life. I thought my heart was going to burst out of my chest.

As Mr. Lane entered his rental car, I was on my phone to the second investigator to pick up the tail. As soon as Mr. Lane was out of sight, I turned and ran back inside to make my way up to
my car.

Following him to a local mall, we patiently waited while he entered alone into a Barnes and Noble store. Long enough for my arm to start going numb from holding the video camera so long. Mr. Lane came out, with a readhead. Well, well, well.

Entering his car, they began talking and Mr. Lane was on his cell phone. Talking, talking, and answering phone calls. Mr. Lane and the mystery woman remained in his vehicle for almost thirty minutes.

However, just as we had complained to ourselves about how boring this was, we see Mr. Lane lean over and start kissing his “friend.” Bingo! We got the money shot. After they made out, they went for breakfast and a day at the local zoo. Sadly Mrs. Lane ended up filing for divorce.

What is the point of all this? I’m not really sure. But what I do know, is that for all the hard work, there’s also the reward of knowing you’re helping right a wrong. I had the chance to follow a dream and I’ll never regret it. And now I’m following another dream, writing.

As I work on my first book in a series, I know these experiences will provide great basis for my stories.

Followon TwitterSubscribeto RSS Feed
Undercover Officers: Where Do They Hide Their Weapons?

Police: Unusual Tools of the Trade
Scroll to top