Jack Renner is a vigilante, I suppose, in the strict definition of the word, but I don’t think of him like that. He is more a serial killer who believes he is working on the side of the angels, except that unlike serial killers he is not deranged and derives no pleasure from killing. He doesn’t go after those who have personally affected him and he doesn’t sneer How do you like it, punk? as he dispatches them. To him it’s purely a matter of practicality. He empathizes with his victims to a certain extent—the world is a rough place and turns innocent children into snarling brutes with regularity. So he ends their life the way a responsible farmer might regretfully shoot a rabid fox. 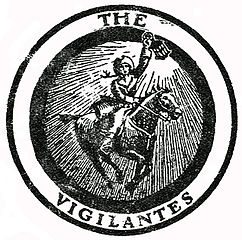 Being a responsible author, I researched the subject of vigilantism for my book That Darkness—or at least tried to. I read books on topics ranging from the history and progression of superhero comic books to books on prison reform. I couldn’t find—anywhere–a real life example of a Paul Kersey, the character Charles Bronson famously played in the movie Death Wish. Cases such as Bernard Goetz and George Zimmerman don’t count for my purposes, since they acted only when they felt personally threatened whereas Jack Renner believes his actions are not remotely personal. Whether he’s lying to himself or not is a question for a therapist.

Thus I discovered that very little is known of vigilantes. They might be tremendously popular in fiction, but in real life they’re as rare no-calorie snacks that actually taste good. Most known ‘vigilantes’ are groups of people who monitor and prevent—Guardian Angels, Minutemen, the neighborhood watch. 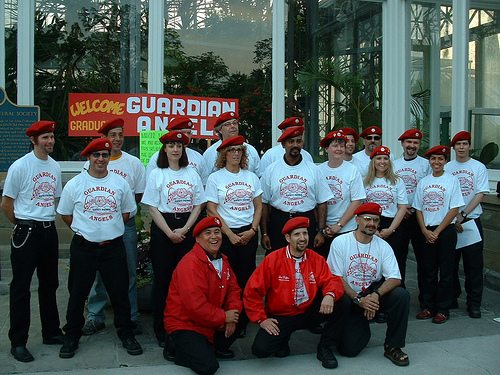 Most people join these groups because they think it’s the right thing to do, a way to protect their own and give back to a society they value. Often they stick with these groups because they reflect their vision of manhood, the strong protector, the stoic sentry; it’s a way to feel virtuous about feeling potent. They don’t, of course, actually kill anyone. On the other hand most serial killers kill people because they think it’s jolly good fun and don’t give a damn for the betterment of society.

Vigilante films, if perhaps not actual vigilantes, came out of the 1970s when crime was skyrocketing (or at least growing—crime rates actually peaked in the ‘90s but the ‘70s retain this aura of chaotic lawlessness) and the police were seen as having been hamstrung by new civil rights laws such as the 1966 Miranda ruling. Feeling scared and frustrated are familiar themes in today’s world. Cops are frustrated because attorneys plead or dismiss cases that represent weeks or months of work. Attorneys are frustrated because juries want DNA and a confession written in blood before they’ll convict or exonerate. Citizens are because we have huge prisons but innocent people still get convicted and the guilty aren’t always caught. Lowlifes are because they keep getting picked up on the same piddling stuff while white collar criminals spend a few years in Club Fed. Kids are because they think adults should have figured all this stuff out by now and adults are because they think kids are never going to put down the PS3 and get off the couch. Everybody’s frustrated.

And out of this frustration, novels are born.

The question in my particular novel, of course, is what Jack will do when confronted by a fox who isn’t rabid? A fox like, say, forensic specialist Maggie Gardiner, a strong, smart, quite law-abiding woman who has discovered his pattern and begins to follow it, right up to his door.

Jack won’t stop…but neither will Maggie.

Lisa Black has spent over 20 years in forensic science, first at the coroner’s office in Cleveland Ohio and now as a certified latent print examiner and CSI at a Florida police dept. Her books have been translated into 6 languages, one reached the NYT Bestseller’s List and one has been optioned for film and a possible TV series.