Due to a series of recent hacking attempts into this site, we installed new high-tech security enhancements. Part of those heightened protections include some pretty fancy cameras strategically placed throughout The Graveyard Shift office compound.

Well, last night the cameras caught an intruder who left a note tacked to the bulletin board hanging on the wall next to my desk. Yes, it was Melanie. But she slipped out and back into hiding before we were able to speak with her.

So, if anyone knows where we can find Melanie please do contact us before something bad happens to her. She needs an intervention and she needs it now, before it’s too late. Perhaps a heartfelt message from Nathan Fillion, or Seamus Dever, would bring her to her senses. Whatever you do, though, keep the showrunners away from the interior of her books because I’m quite certain they’d quickly meet their demise within those pages.

Should you decide to hit the streets as part of your search for Melanie, here’s a flyer for you to pass around and to attach to telephone poles and sign posts. 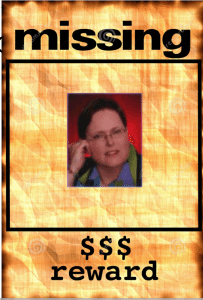 To broaden our own search efforts, we’ve been in touch with major milk companies who’ve agreed to start a nationwide “Have You Seen Melanie” campaign. Starting today they’ll be distributing new cartons like this one. 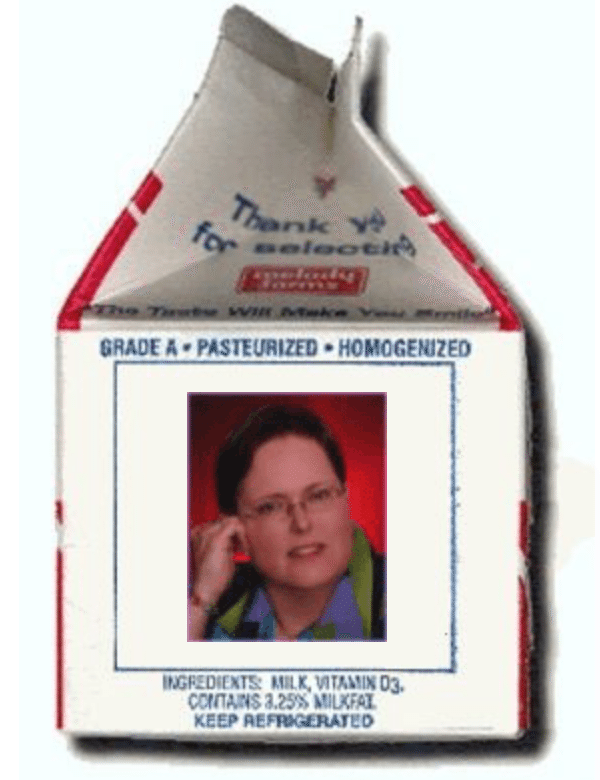 In the meantime, the show must go on.

Where do I begin? With Hayley and Alexis doing their best to annoy viewers with their larger than life abilities to do what NYPD detectives cannot, even though the NYPD is one of the top investigative agencies in the world? How about Hayely handling a piece of vital crime scene evidence, an ax, while police CSU team members go about their business doing other things? Of course, I was disappointed when ax-weilding escapee Gabriel Shaw didn’t end our misery by hacking Hayley and Alexis off the show and out of our lives, but…they live on to ruin another episode.

Speaking of the ax… Why was it so bloody if Shaw hadn’t used it to kill anyone? And, someone (a member of the CSU unit, I suppose) packaged it in clear plastic. That’s a big no-no. Wet evidence is always packaged in paper containers—bags, cardboard boxes, etc. The reason for the paper packaging is because plastic is a breeding ground/incubator for bacteria, and bacteria can destroy or degrade DNA evidence. A good rule of thumb – Wet evidence (things containing blood, semen, saliva, etc.) = paper packaging. Dry evidence (narcotics, soil, etc.) = plastic packaging.

Lanie said the victim bled to death due to a wound on his left side, and that whatever he was stabbed with most likely punctured his subclavian artery. Once the artery was cut the victim lived for thirty minutes to one hour, tops.

Time for a quick anatomy lesson.

In the image below you’ll see the aortic arch, which is just above the heart. It is there, at the arch, where the two subclavian aorta originate. 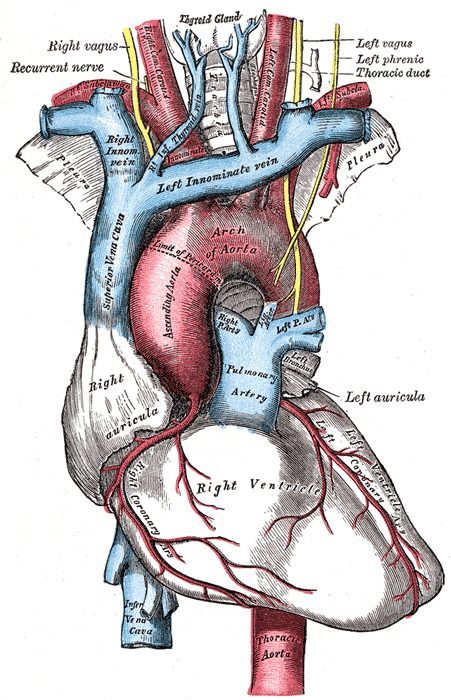 The image below shows the path of the subclavian artery. The point I’m making, and this is basically for writers, is that at no time does the subclavian pass along the left “side” as Lanie suggested.

Even if the subclavian was located in the victim’s left side, there’s no way Lanie could’ve seen the damage to it because the victim was fully clothed, including a shirt and a coat. And he was on the floor, face down.

Next, Voodoo Lanie tells us the fatal wound had been inflicted by “some sort of talon, or claw.” Puhleeze. How the H. E. double hockey sticks would she know that merely by looking at the puncture. She went on to say she’d found a strange substance (sulphur) inside the wound. This conclusion was made while the victim was still on the autopsy table. Toxicology/lab tests are not that quick. Not even close.

Lets go back to Hayley and Alexis, who continued to annoy throughout the show, by the way. These two clowns were shown pawing through Castle’s secret vault (so stupid) and cataloging the items there. This place contained evidence of a serious crime and should’ve been under police control. Police investigators should’ve been the people there doing the investigating, not those two who’re playing Nancy Drew dress-up games.

Why is Vikram at the precinct? What’s his purpose? Does the NYPD need an unknown outsider’s assistance to “clean up” photos? Is the entire precinct so inept that the only people who can solve murders are Vikram, a total stranger who has access to the entire NYPD surveillance stuff and other inner-workings of a major police agency? Then there’s Alexis, the instant computer genius who’s the offspring of Castle, another civilian who runs the entire NYPD. Finally, we have Hayley jammed down our throats. She’s a character who constantly breaks the law, yet she’s allowed inside crime scenes, carries a firearm into the precinct, shoots people, etc.

It seems that the two main detectives—Ryan and Esposito—have taken a backseat to Alexis and Hayley, and this is not a good thing. Besides, it’s dumb to have the NYPD criminal cases run by outsiders instead of the police. Dumb, dumb, and dumb.

But, this fiasco is almost over. One more episode before, well, you know…

Oh, was it just me or are you, too, getting a strange feeling about Alexis and Hayley? They’re sure beginning to act like a couple. Now wouldn’t that be a twist. Hmm…

Anyway, this episode fell a bit flat. It seemed empty and cold, and part of that is because Caskett is already dead. There’s no spark between the two leads in spite of all the mentions (and there were several—too many) of playing naked Twister.

Yep, the fork is in and the food-involved woman has begun to sing.

Writing Your Way Out of a Hole
Scroll to top