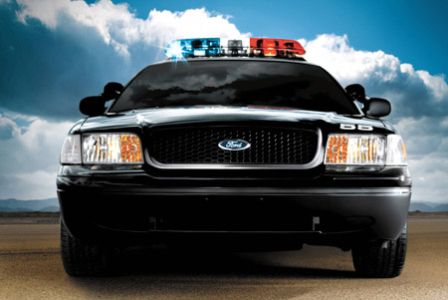 It’s official. I’m getting old, and I’m positive this is happening because everything I know and love is rapidly disappearing right before my eyes. The aging process alone is distressing enough as it is. But add to it receiving that first letter from AARP, new-fangled gadgets such as the “I” everything’s (I-Phone, I-Pad, I-Pod), weird music that really doesn’t resemble music, and the “F” word spewing from the mouths of nearly every kid in the 4th grade, well, it’s beyond distressing. Downright anxiety-inducing, if you ask me.

Yes, I know aging is a natural process, and with it comes (or goes) a lot of things we’ve held dear for our entire lives—hair, a trim waistline, memory, eyesight, strong backs, good knees, finger dexterity, speedy reaction time, soft skin, and well, you get the idea.

And getting older shoves all the good things aside, replacing them with odd little ugly things, such as:

– comfortable tennis shoes replace dress shoes, even when going out

– going out is a trip to the grocery store, or a visit to the proctologist

– a quiet evening at home means turning down the volume on your hearing aids, not an intimate dinner party of six

– rolling a joint means to massage the pain from your knees, fingers, and feet

– singers don’t sing. Singers don’t even have to be able to sing. Instead, a “gadget” harnesses their out-of-tune lyrics and mechanically brings the screeching tones into pitch. Anyone can become a singer these days. I won’t name names, but anyone, anyone, anyone ~ subliminal message here…Taylor Swift, Black Eyes Peas ~ can have a top-selling record.

– awards presented to actors and musicians used to mean something. Not anymore. Nowadays there’s at least one for everybody, sometimes more. And yes, even the fast-talking rhyming folks get them for “singing.”

– even the people who can’t sing but use the auto-tuners to dupe us into thinking they can sing win awards for “singing.”

What ever happened to folks who had real singing talent? Folks like Frank, Bing, Dean, Robert Plant, Aretha, Dionne, Barbara, and Paul McCartney?

Speaking of Paul McCartney, did you see the Twitter boards light up in response to Sir Paul’s performance on the recent “award” show? Most of the trending tweets were something like, “Who the hell is this Paul McCartney dude?” “Who’s the old white guy?”

Yes, it’s definitely a sign that times are changing when people don’t have a clue about Paul McCartney and his contribution to music and to the world as a musician.

I know. These are all signs that I’m getting old.

But the Geritol really hit the spoon when I learned of the plans to phase out the old standard police car, Ford’s Crown Victoria.

I drove a Chevrolet Caprice for several years. Mine was midnight blue with dark-tinted windows in the rear. The tint was installed so people couldn’t see who, if anyone, was in the backseat. That way I could drive an informant through a neighborhood so he could point out all the hotspots without anyone knowing what I was up to. And, the CI’s identity could remain anonymous. Plus, the darkened windows added a bit of mystery to me and the car. Kept the bad guys guessing.

My old “Blue Ghost” reached it’s top speed of 80mph, or so, when we were rolling downhill with my foot squashing the accelerator to the floor (all my successful pursuits terminated on the downhill side of the city). It was a tough old car and I loved it, passing up a couple of new rides in favor of keeping the car with a seat that was perfectly molded to the shape of my own downhill side of town.

I also drove a Crown Vic for a while, and that was one tough, beefy car. I used it on a few pit maneuvers and to chase down murder suspects, bank robbers, and escaped convicts. It was a great car. Actually, I drove a few Crown Vic’s during my career. A couple of them were take-home cars that also served as my office. In fact, I’d used the car to ferry my daughter to sporting events, driven it in several parades, and took it to various school events as show and tell for kids.

The Vic and The Ghost often served as safe sanctuaries for victims of abuse, rape, attempted murder, and assault, where they’d wait with the doors locked while I dealt with their attacker(s). The car’s heater warmed the tiny legs and arms of abused children whose homes had no heat when I found them inside, alone and shivering. I kept treats in the console for the younger folks who had nothing. The trunk held my riot gear, a shotgun, and other tools of the trade. But it was also home to several stuffed animals I ‘d bought for the kids who simply needed to hug something after mommy or daddy had used them as punching bags.

Driving slowly through neighborhoods with my windows down was just something I did. I’d pass by kids and old folks who all knew my first name. They’d wave and I’d wave back, and I’d often stop to speak or to get out and sit on someone’s front porch to talk about whatever was on their mind. Children knew The Vic and The Ghost, and they knew it meant someone was there to keep them safe, or to toss them a football.

Now, sadly, the Vic’s are gone. Replaced by big powerful cars with huge thunderous engines. Cars that can easily reach 150mph and beyond.

I see them zoom by on the highways, thinking back to the days when I wore a badge and drove the highways traveling to and from calls. And I can’t help wondering if there’s a teddy bear in the trunk of that passing Charger or Impala.

I certainly hope that’s a part of police work that never grows old. 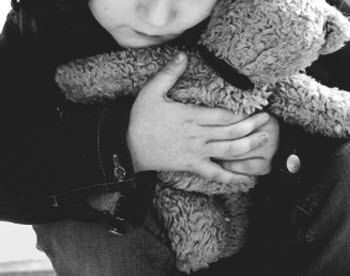 Castle: Linchpin – A Review And Recap
Scroll to top