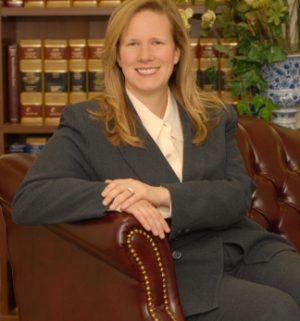 Heather Leonard practices law in both the federal and state courts in the State of Alabama. She has handled numerous appeals before the United States Court of Appeals for the Eleventh Circuit. While her practices focuses on the area of labor and employment law, she also handles complex litigation cases and criminal matters. She teaches at numerous seminars, and articles she has written have been published in the Birmingham Bar Association Journal and the Alabama Lawyer. She has appeared several times on National Public Radio’s Marketplace, and has been quoted in the New York Times.

But Did He Do It?
Charles Dickens wrote that “if there were no bad people there would be no good lawyers.” Most people assume that everyone accused of a crime is guilty, and that it is only through a ruthless lawyer that the guilty go free. Without question, there are bad people who do bad things. There are also people who found themselves in the wrong place at the wrong time. They all deserve a defense, and their lawyers must provide it, ethically.

Most criminal defense lawyers, when asked how they defend persons accused of unspeakable acts, respond that their job is to defend the system. Under the American system of law, the accused is presumed innocent until the prosecution proves, beyond a reasonable doubt, that he or she committed the bad acts alleged. In defending the system, a defense lawyer makes sure that evidence, rather than prejudices and assumptions, are used as proof. This insures that fundamental rights are not arbitrarily denied.

The United States Constitution protects individual rights against government encroachment. The Bill of Rights codifies negative rights. It is a list of “thou shall nots” for the government. Key among the “shall nots” are protections against the government depriving persons accused of criminal wrong doing of their liberty without first giving the accused notice of the wrong of which they have been accused and a fair hearing. The Constitution provides that nobody accused of a crime can be forced to give evidence against themselves. This is because the burden of proof lies with the government to prove the wrongdoing, not with the accused to prove his innocence. The Constitution emphasizes that everyone has a right to a defense.

The challenge for the defense lawyer is how to mount the defense. Lawyers are bound by a code of ethics that direct how they do their job. The American Bar Association’s Rules of Professional Conduct provide guidance as to how a lawyer can represent his or her client:
Rule 3.1 – A lawyer shall not bring or defend a proceeding, or assert or controvert an issue therein, unless there is a basis in law and fact for doing so that is not frivolous, which includes a good faith argument for an extension, modification or reversal of existing law. A lawyer for the defendant in a criminal proceeding, or the respondent in a proceeding that could result in incarceration, may nevertheless so defend the proceeding as to require that every element of the case be established.

Rule 3.3 – (a) A lawyer shall not knowingly: (1) make a false statement of fact or law to a tribunal or fail to correct a false statement of material fact or law previously made to the tribunal by the lawyer; (2) fail to disclose to the tribunal legal authority in the controlling jurisdiction known to the lawyer to be directly adverse to the position of the client and not disclosed by opposing counsel; or (3) offer evidence that the lawyer knows to be false. If a lawyer, the lawyer’s client, or a witness called by the lawyer, has offered material evidence and the lawyer comes to know of its falsity, the lawyer shall take reasonable remedial measures, including, if necessary, disclosure to the tribunal. A lawyer may refuse to offer evidence, other than the testimony of a defendant in a criminal matter, that the lawyer reasonably believes is false.
In plain English, this means that a lawyer cannot knowingly raise a defense which she or he knows to be frivolous or false. This means not only that a lawyer cannot allow his or her client to lie on the stand, but also that the lawyer cannot allow a witness to give false information. For this reason, some lawyers are cautious in the questions which they ask their clients. If the client reveals to the lawyer that she committed the crime, then the lawyer cannot ethically put on a defense asserting that the accused could not have committed the crime because she had an alibi. The lawyer cannot knowingly raise a false defense or allow a witness, including the accused, to lie to the court.

Yet, truth must be the guiding principle. Without knowing the truth about the facts and circumstances surrounding the alleged crime, a lawyer is flying blind in court, unable to adequately prepare the case and address adverse witnesses and arguments. It is for this very reason, that a defense lawyer must know the answer to the burning question, “but did he do it.” Justice requires that the lawyer get that answer.