I’ve been writing this blog for over eight years and I admit that it’s sometimes tough to come up with a new topic each and every day. However, I suppose there’ll always be questions that need answering as long as writers continue to write stories about cops and crime. So … here are a few responses to recent inquiries.

(By the way, I’ve seen each of these used incorrectly in at least one book, or on someone’s blog).

1. Do revolvers eject spent brass with each pull of the trigger?

Answer – No, they do not. Spent brass must be manually ejected. Semi-autos, however, do indeed eject individual empty brass casings each time a round is fired.

2. I heard a stupid thing the other day. Someone told me that thermal imagers can “see” through black garbage bags, allowing officers to identify the contents without opening the bag. This is not true, right?

Answer – This is true.

3. How many locks are on a pair of handcuffs? One or two? 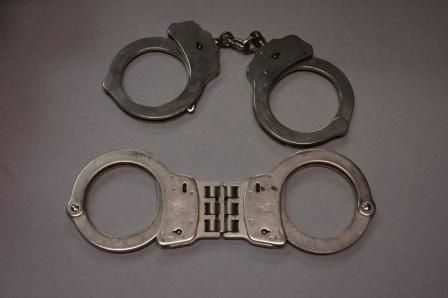 4. Speed Loaders are competition shooters who are extremely skilled at loading their weapons in a very short amount of time, right?

5. Isn’t it true that cars almost always explode when hit by gunfire.

Answer – No. In fact, the opposite is more likely to happen … no explosion at all.

6. A writer friend told me that DNA evidence is used to convict defendants in nearly every case. Is she correct?

Answer – DNA is rarely the deciding factor in a criminal case. Sure, it’s nice to have, but it’s not always available.

7. The FBI can take over any case, any time, from local police, so why do the locals bother?

Answer – This couldn’t be further from the truth. The FBI does not have the authority to take over a criminal case. Besides, they have a ton of their own cases to work, which, by the way, does not include murder (as a rule).

8. Do the Kevlar vests worn by officers (or similar types) also stop punctures from knives and other sharp objects.

Answer – No, they’re not designed to stop punctures from knives and other edged weapons. There are, however, vests that do guard against stabbing-type weapons, but they are typically worn by officers who work in prisons and jails.

9. Do cops have to release bad guys if they forget to read them their rights the moment they arrest them?

Answer – No, Miranda is required to be read/recited only when suspects are in custody AND prior to questioning. No questioning = no advisement of Miranda. Some departments may have policies that require Miranda advisement at the time of arrest, but it’s not mandated by law.

10. Are police officers required by law to wear seat belts while operating a police car?

Answer – No, not in all states. In fact, some state laws also allow certain delivery drivers to skip buckling up (USPS letter carriers, for example). 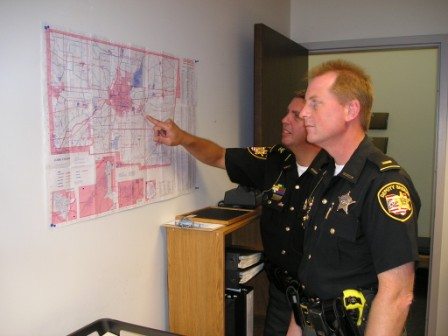 Answer – No. Normally deputies who work in the jails are not police officers. On the other hand, sheriff’s deputies have far more responsibilities than you may be aware of, such as (click the link below to read about the duties of deputy sheriffs):

12. Coroners have to be medical doctors, don’t they?

Answer – No, in many areas corners are elected officials who have absolutely no medical training whatsoever. Actually, some California sheriffs also serve as county coroner.

Answer – All police officers are trained to investigate crimes, and small town officers investigate homicides all the time.

14. Robbery and burglary are synonymous. I mean, they’re the same, right?

Answer – No, robbery and burglary are two entirely different crimes.

15. I once read that narcotics dogs are fed small amounts of cocaine at an early age to get them used to the drug. This is cruelty to animals and cops should be arrested for doing it.

Answer – This couldn’t be more false. Dogs are never, not ever, given narcotics of any type. Instead, they’re trained to locate drugs by their scents. 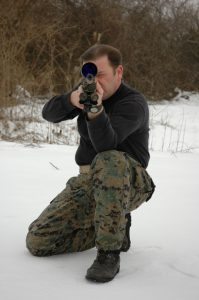 16. Shotguns and rifles are basically synonymous. I know this because my grandfather had both and used both to hunt wild game.

Answer – False. To read about and see the differences, please go HERE.

17. Has there ever been an escape death row?

Yes, and a great example is the escape of the Briley brothers from Virginia’s death row at the Mecklenburg Correctional Center.

18. Is there a gun that allows officers to shoot around corners?

Answer – Yes, and you can read about CornerShot here https://leelofland.com/corner-shot-who-says-bullets-dont-bend/

19. Cops are definitely trained to aim for arms, legs, and/or to shoot a knife or gun from a suspect’s hand. This I know because I read it on a blog written by a popular activist and she should know.

Answer – Officers are taught to shoot center mass of their target. It is extremely difficult to hit small, moving targets while under duress. Therefore, officers DO NOT shoot hands, legs, elbows, or weapons (well, not on purpose). Your friend’s statement is totally incorrect.

20. Why do officers always shoot to kill? Couldn’t they shoot an arm or leg, or something?

Answer – See #19 above, and … Police officers are NEVER trained to “shoot to kill.” Instead, they’re taught to stop the threat. When the threat no longer exists the shooting stops, if it ever starts. Often, the threat ceases before shots are fired.

Shoot to Kill or to Wound? Here’s the Answer

Followon TwitterSubscribeto RSS Feed
20 Things Cops Should and Shouldn't Do

Gunpowder and Lead: The Firearms Stuff You Might Not Know … But Shoul...
Scroll to top