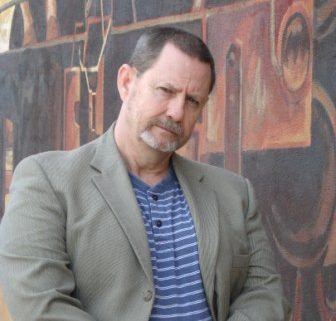 The Investigator – On the morning of April 28, 2008, Sgt. Stephen Abbott, a supervisor with the Lufkin Police criminal investigative division, awoke to a cool, windy Monday. As the second highest ranking member of the detective division, he didn’t handle a case load. Instead, he supervised those who did investigate crimes, plus, like many small departments, he had other jobs: mainly the crime scene unit and the evidence room.

Sgt. Abbott had been on the Lufkin Police Department for fifteen years, and in truth, very little of that in the CID (criminal investigative division). However, almost all police investigative units have someone with the ability to go into any situation and deal with any sort of person or problem—be it a board meeting with suits, politicians with an agenda, or a ditch digger in ripped jeans—and be able to relate to the people and handle whatever situation comes up. In April of 2008, Sgt. Abbott was that person in the Lufkin CID whom higher-ups sought out to handle delicate or unusual cases.

Abbott’s day had progressed like many others—until around four-thirty when his two bosses sought him out. They had what they thought might become a sensitive situation. In other words, the proverbial mess had hit the fan, and Sgt. Abbott was going to have to clean it up.

As Sgt. Abbott headed for the DaVita Dialysis Center in Lufkin, all he’d been told—in fact, all his bosses knew, was there might be a problem with some tampering with medication. Abbott didn’t know he was about to step into the most unique investigation in the world—one with no blueprints because no one else had ever done it. 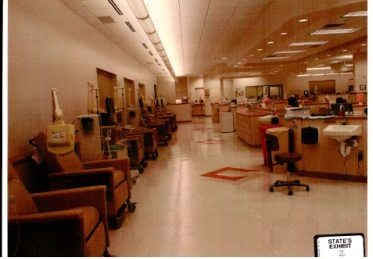 Inside the DaVita Dialysis Center

When the detective supervisor arrived at DaVita, he listened in stunned silence as the official at the clinic explained that two patients had come forward that day and said they witnessed a DaVita nurse inject two other patients with bleach. The witnesses claimed that they saw the nurse inject the patients and discard the syringes in two different sharps containers. 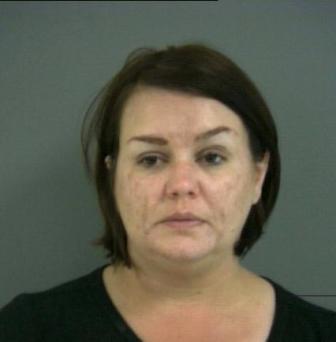 The DaVita supervisors didn’t really believe the two witnesses’ stories—it seemed utterly incomprehensible—that is until they opened the two sharps containers and tested the syringes. 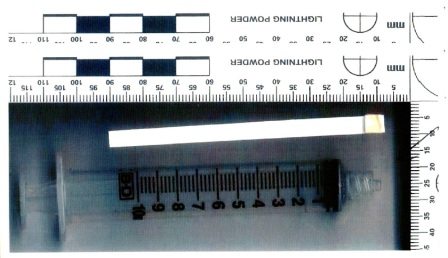 In fact, the statements by the witnesses and the bleach-positive syringes explained a lot of unnatural occurrences that had happened in the clinic.

The DaVita officials also told Abbott that they’d been collecting, freezing, and preserving the bloodlines of all patients who’d suffered adverse heart problems while connected to the dialysis machines. The bloodlines were what carried the patients’ blood out of the body and returned it. 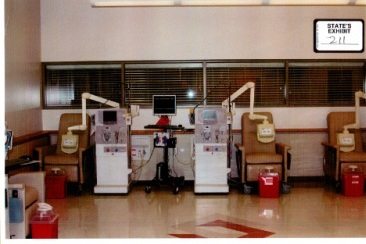 Abbott had little investigative experience, but a high intellect, and that one of the reasons he’d risen through the ranks so fast. It was also the main reason he was a detective supervisor.

That afternoon, as Sgt. Abbott began an investigation no other detective had ever thought of, he would make three critical decisions. Instead of waiting, he had the CSU collect those patients’ bloodlines right then and there. 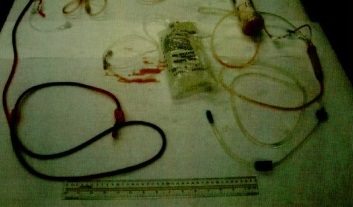 This decision would help later in combating the defense attorney’s claim that DaVita was using his client as a scapegoat. DaVita did not have the frozen bloodlines to tamper with—the police had custody of them.

His second decision was even more important. DaVita had removed the two sharps containers the witnesses claimed the nurse dropped the syringes in from the patient area and turned them over to the CSU. However, Abbott went a step further than what anyone could have anticipated, and again, this step would help defuse the defense attorney.

Abbott had the CSU collect every single sharps container in the clinic—around forty of them.

His third decision would prove the biggest in the entire investigation. Once they had all those containers at the police department, he asked the CSU to test every one of the containers and syringes for bleach.

Inside a DaVita sharps container

Most of the containers were either full or almost full of uncapped syringes that contained patients’ blood, and by then, he knew that there were patients at the clinic with the AIDS virus.

Because the two patients that the witness saw injected with bleach lived, Sgt. Abbott’s initial investigation was for aggravated assault. Syringes from sharps containers other than the original two, would eventually point to murders, and a bunch of them. 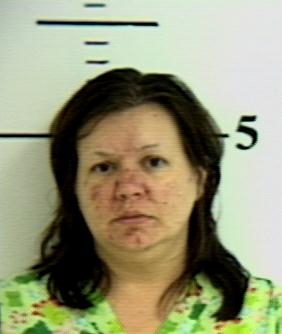 Best-selling author John Foxjohn epitomizes the phrase “been there–done that.” Born and raised in the rural East Texas town of Nacogdoches, he quit high school and joined the Army at seventeen: Viet Nam veteran, Army Airborne Ranger, policeman and homicide detective, retired teacher and coach, now he is a multi-published author.

Growing up, Foxjohn developed a love of reading that will never end. In fact, he refers to himself as a “readalcoholic.” He began with the classics and still lists Huckleberry Finn as one of his all time favorites. Later, he discovered Louis L’Amour and besides owning every book he wrote, Foxjohn says he’s read every one of them at least five times.

However, when he was twelve, Foxjohn read a book about Crazy Horse, and decided right then he would also write one about the famous Lakota leader. After many “yondering” years as L’Amour called them, he spent ten years researching his historical fiction, Journey of the Spirit, now titled The People’s Warrior.

The book did well in sales and quite a few people, even today, still believe it’s one of his best. However, it was not the first he published. Code of Deceit, a story about a young Houston homicide detective came first, and became the first in four David Mason books.

Foxjohn’s third book, Cold Tears, the second in the series, set an example that would be hard to live up to. His editor even said she didn’t believe he could ever write a better book. The awards and accolades for the novel bore out her remarks.

Other novels would appear, but then Foxjohn hit a snag. He found out that he had cancer. For a year an idea had percolated in the back of his mind about writing a legal romance thriller with a woman defense attorney as the protagonist. Writing a novel through the eyes of a woman is something not too many men attempt.

In Foxjohn’s own words, “I thought I was going to die so why not give it a shot.” He was wrong about the dying part; like so many other events in his life, he survived, and so did the idea. It became his novel Tattered Justice. For many reasons, it will remain one of his favorites.

When he’s not writing, teaching writing classes, or speaking to different writing groups and conferences, Foxjohn loves to spend time square dancing, working in his rose garden, or in his garage doing woodwork. However, his passion outside of family and writing is without a doubt, anything to do with the Dallas Cowboys.