I found Jesus many years ago ands it was nearly midnight when our face-to-face meeting took place. We met, not in a a typical place of worship, but in a dew-dampened grassy median strip that divides the north and southbound lanes of I95, the north-south illegal drug-trafficking corridor of the East Coast.

Jesus, as the long-haired man identified himself to me, must have been working undercover because he wore a couple of old and ratty men’s dress shirts (one on top of the other), faded army pants, and holey Chuck Taylor sneakers. Sure, his hair was long and wavy, and his beard was like the one that’s familiar to us from the portraits we see of the Son of God. But something wasn’t quite right. 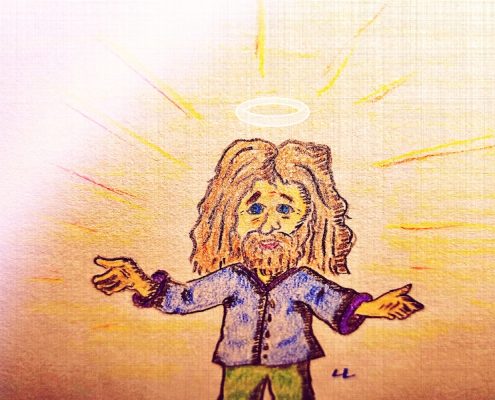 But, being the savvy police investigator that I was, I began to pick up on a few clues, and there were several questions scrolling across the marquee inside my brain. Like … Why would Jesus speak with a southern accent? Why would Jesus address me as Captain? Was he current on his knowledge of rank insignias? Why would Jesus attempt to thumb a ride on the interstate? Why were his shoes wet? After all, there’s that “walking on water” thing. Why were his eyes darting from side to side? Was he telepathically watching a tennis match played at Pearly Gate Stadium? And why did the man who once fed thousands with a couple of fish keep asking me for money so he could buy something to eat?

Needless to say, I was confused. So I questioned him about his identity (treading lightly … just in case).

When I asked where he lived, his lips split into a slight grin before he responded. “My son, I live everywhere. From mountaintop to the bottom of the deepest ocean. I live in the hearts of the saved and in the bodies of the damned.”

Okay, I admit, I was a bit more than curious at this point.

He continued. “I was baptized by John and I seek perfection in all men.”

The hairs on the back of my neck stood at attention. Could he really be …

“Captain, I’d like to go home. Could you help me?”

What’s this, I thought. Jesus needs my help? Is that even possible? And all those years of sitting in summertime church revival services hearing guest preachers stomp and sputter and yell about us ALL going “Home” someday? I thought Jesus was supposed to take ME home, not the opposite.

In all honesty, I was kid back during those revivals so it was likely that I wasn’t paying attention during the preaching about when and where people go and who it is that takes them there. 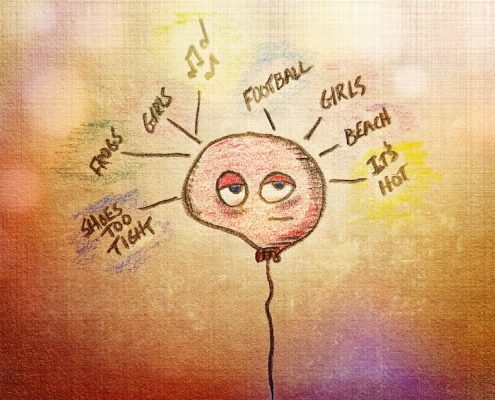 No, it was likely that I was dreaming about being a writer or a cop, or girls, or music, or football, or girls … or maybe my thoughts were on that girl, the out-of-town pastor’s daughter in the pink dress with the light dusting of freckles across her nose and cheeks.

Hey, I was a kid. It was Saturday night. Frogs were singing outside. The moon was bright. School was out for the summer. The church was not air-conditioned and drops of sweat took turns rolling down my spine. I’d already read the program and a few of the hymns at least a dozen times each. There. Was. Nothing. Else. To Do. So I allowed my mind to wand—

Sorry, I was doing it again.

Back to Jesus, who at this point was losing interest in the conversation and was absolutely lost in thought. “I knew I should’ve taken the last exit, the one beside the burning bush. At this rate, I’ll never make it to Palestine before morning.”

Okay, you caught me. That was my imagination talking—what I thought might be going on inside his head. What really happened next was …

“Where is home … sir?” I couldn’t quite bring myself to call him Jesus. At least not this soon in our earthly relationship.

“I live at the hospital in Petersburg, Virginia, Captain. I went for a walk yesterday and haven’t been able to find my way since.”

Well, that was a switch. Jesus telling me that he couldn’t find his way, when I’d been “lost” for a good portion of my life. “Sure,” I said. I’ll be glad to help you. In fact, I’ll call someone right now to see what we need to do to get you home. In the meantime, would you like something to eat?”

“Yes, my son, I would. Could I have a hamburger, some fries, and a chocolate milkshake? That’s my favorite.”

God bless you, son. There’s a place in heaven for you.”

I guess I’ll never know for sure, but stranger things have happened. At the very least, I shared a meal with a very humble man who, by the way, devoured the supper like it was his last. 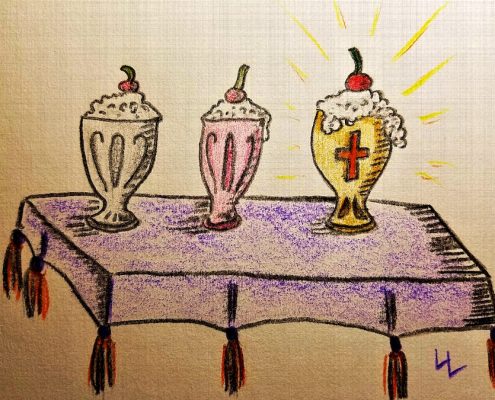