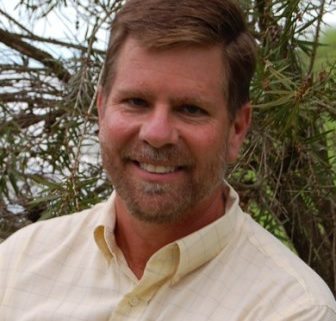 One of the main reasons I wrote The Human Disguise and The Double Human was to give a voice to the concerns many cops have today. Not the concerns about a rising crime rate but about the insidious administrative changes that can kill effective law enforcement. Part of my duties with the Florida Department of Law Enforcement is to look ahead at the issues we might face in the years to come. These issues are not always related to trends in crime. It’s easy to predict that drug trafficking will increase over the next five years. You can peg certain economic crimes directly to the rise and fall of the economy. The burglary rate can be predicted somewhat based on the size of the population of 15 to 21-year-olds. The more difficult job is predicting what kind of police force will face the challenges of the future.

In The Human Disguise I laid the groundwork for a future where all of the worst fears of police officers are rolled into one storyline. A tax structure that collapses causes the consolidation of all police agencies into one department called the Unified Police Force or “UPF.” While on the face of it that doesn’t sound too terrible, in fact, it would eliminate an entire series of checks and balances in the criminal justice system. The agency that I work for has often looked into closed cases when there is evidence of mistakes or other issues. Unlike Law & Order or other TV shows, it’s very rare to find the smoking gun that releases an innocent suspect. More often, we uncover evidence that supports the original investigation. Despite the conspiracy theorists– who are, no doubt, experts at reading newspapers and watching TV– convicted criminals occasionally lie and witnesses step forward. But it is still nice to have more than one agency available to look at crimes. And, as the number of DNA exonerated prisoners attests, mistakes are made. The reality is that the accurate success rate of conviction is still astronomically high.

Almost every police agency in the country complains about a lack of resources and manpower. In both novels I tried to show what happens when this spirals out of control. Crime scene investigators are not called to homicides unless the family of the victim can afford to pay the costs. Databases can no longer be maintained. Fingerprints and DNA are only helpful if they were entered into a database years before, when the economy was still strong. This all adds up to a nightmare scenario for most professional law enforcers.

I took special care in considering the effects of other social problems on the main character, detective Tom Wilner. He, like almost every other police officer in the near future, is a combat veteran of some lingering war. Wilner is a veteran of the Second Iranian war.

Florida has been depopulated by a series of terror attacks and a pandemic. This sparse population cannot support much in the way of public service. This has also reduced crime. That’s why in The Double Human, when a serial killer is discovered, there is virtually no detective with any experience in dealing with the crime. Hardly a crime-free utopia, the state has just fallen on much harsher times.

While I have often counted cops among my fans for my crime novels written as James O. Born, I had no idea they’d feel so strongly about these near-future thrillers, written as James O’Neal. It is exactly these issues that I can explore within the context of science fiction that has touched a nerve among the law enforcement community. Science fiction has a long, proud history of exploring sensitive social issues such as racism. I had not intended to write a future thriller for the purposes of exploring what could be done today to help law enforcement tomorrow, but I’m not opposed to people viewing the novels that way.

I wrote The Human Disguise in 2007, a full year before the financial catastrophe and a year and a half before for Florida’s budget fell into a tremendous deficit. Now, surrounded by talk of limited tax revenue and bills designed to combine some police agencies, I hope I was wrong about the future. 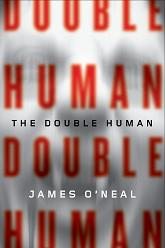 Please take a moment to visit his website here.

Followon TwitterSubscribeto RSS Feed
The Word On The Street Is…