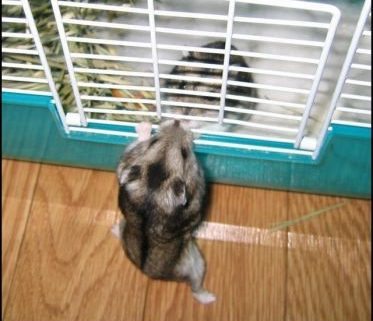 He stands at a tiny window watching and waiting for her car to round the bend.

The drive is long. Four hours, one way.

The little ones, five and seven now, will have on their Sunday best.

The boy’s hair’ll be slicked down. The girl’s in springy curls.

She, the red “company” dress.

They’re all he has.

One hour, then two.

Other wives have come and gone.

He’d been up at dawn, ironing his best shirt and pants.

The creases sharp and crisp.

A shave and a fresh haircut.

No answer at home.

“The number you’ve reached is no longer…”

Story of his life.

No hope, no dream.

No where to go.

A change of clothing. 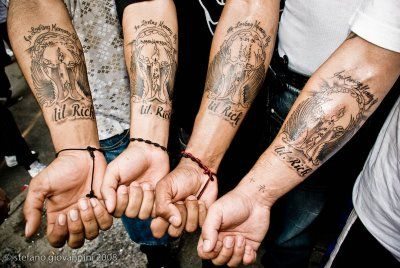 Prison life is tough. It’s definitely no picnic. Sure, some people choose to live the life and will always live the life, serving sentence after sentence. They live their lives on the streets committing crime after crime. Let’s face it, it’s the only life many people know. And when they end up in prison surrounded by career criminals, well, things only grow worse. Surround yourself with successful people and you, too, will become successful, right? Yes, that sentiment is also true among the bad guys. Being around successful criminals all the time will almost certainly spawn another success.

There are many programs to help inmates with various problems—AA, NA, religious services, anger management, psychiatric treatment, counseling, and even sports programs to help to relieve stress and anxiety. But, according to a study by researchers with the Minnesota Department of Corrections, the thing that helps prisoners the most and, reduces the rate of recidivism, is a simple visit from a family member.

Researchers studied 1,6000 inmates for five years and learned that prisoners who received at least one personal visit at any time during their incarceration were 13 percent less likely to commit another felony and 25 percent less likely to end up back in prison on a parole violation. And the more visits they received the less likely their chances of re-offending after their release from prison.

There are problems, though, with prison visits. They’re not mandatory (you can’t force family members to visit), and prison and jail officials see visitation as a privilege, not as a tool to help reduce recidivism and to assist the inmate with a successful crime-free return to society. Instead, officials in some areas have reduced the number of visits as cost-saving measures. Others have even begun charging a visitation fee. That’s right, family members must pay Arizona prisons a one-time $25 fee to visit their incarcerated loved ones. Again, another barrier between prisoners and their families. It’s tough enough to pay the exorbitant charges for inmate phone calls ($4 – $5 per minute at some institutions). The visitation fees in Arizona are used to help pay for the maintenance of the prisons in their state. The families, the people who are already struggling to make ends meet, are the ones most likely to suffer the burden of paying these fees if they want to see their sons, daughters, husbands, wives, fathers, mothers, etc.

A return trip to prison by single parole violator will cost the state no less than $9,000. A visit by a family member doesn’t cost the state a penny, with the exception of salaries of the staff members who oversee the weekend visitations, something they’re already doing.

Prisons should encourage family visits. If not for the reduction in recidivism, then for their own peace of mind. I’m almost certain that prison violence is at it’s lowest point on visitation days, especially among those inmates who receive a visit from a family member.

Interestingly, though, inmates who receive visits from ex-spouses…well, those prisoners have a tendency to commit more crimes after their release. 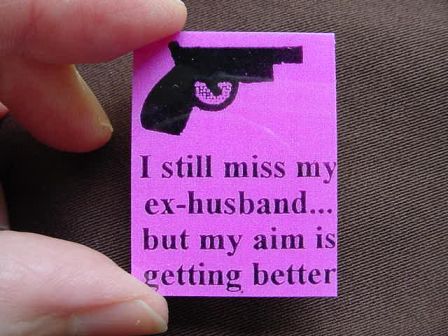 What do you think, lock ’em and throw away the key? Or, do something positive and try to reduce the rate of recidivism?

Followon TwitterSubscribeto RSS Feed
Where Have They Gone?

Aikido: The Force Behind Use Of Force
Scroll to top