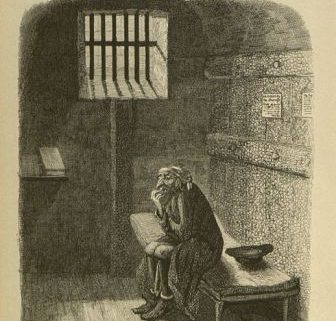 It was just after 3 a.m. when inmate J.L. Bird heard the guards as they made their way around the unit, waking a few of the inmates. He’d barely slept a wink, his nervous stomach churning, possibly sensing that something was about to happen. He sat on the edge of his bed, hoping his gut feeling was right. He didn’t have to wait long to find out.

He could barely contain his excitement when the cell door opened and the short, stubby guard everyone called Blinky (because of an uncontrollable facial tic) stepped inside, shining one of those cop lights directly into Bird’s face.

“Roll ’em up, Bird. You’re outta here,” Blinky said. “The marshals will be here in fifteen.”

The stay in Oklahoma City hadn’t been bad. The food was great, especially for a prison. His fellow inmates were pleasant, and for the most part they were intelligent. So conversation was, at times, stimulating—stocks, state of world affairs, wondering what the man-child psycho in North Korea would do next with his life-size army toys, and, for fun, they maintained an ongoing betting pool about the chances of Lyndsay “Lo Lo” Lohan actually seeing jail time. If the train-wreck actress actually did go to jail, even for a minute, Bird would win the entire pot…ten Otis Spunkmeyer chocolate chip muffins, all pilfered from the prison kitchen.

But he was ready to go. It had been 43 days since he’d stepped off the JPATS jet in Oklahoma, and he was ready to move on. After all, he hadn’t seen daylight or smelled an ounce of fresh air since he got there. For exercise, he’d walked loop after loop around the day room, did hundreds of push ups and crunches, and he even found a way to do bench presses by lying on the floor, lifting one end of the bunk bed, over and over again. Still, he longed to see a tree and smell some good old smog. Even a piece of grass or a discarded cigarette butt would be nice to look at, as long as it was outside.

So it was back on the plane. This time, though, the flight was only a short three-hour hop to somewhere in northern Virginia, where Bird and a few of his buddies spent the night in a county jail in Warsaw. The place was a real hoot since each inmate there wore the old-time black and white stripes. Federal prisoners, though, were allowed to keep their khaki pants, white t-shirts, and bright blue deck shoes.

The next morning, the marshals arrived bright and early to pick up Bird and five other prisoners, two of whom were female. The transport vehicle for this leg of the trip wasn’t as nice as the ones they’d been accustomed to for most of the journey, but it was adequate with the exception of the lack of an FM radio. 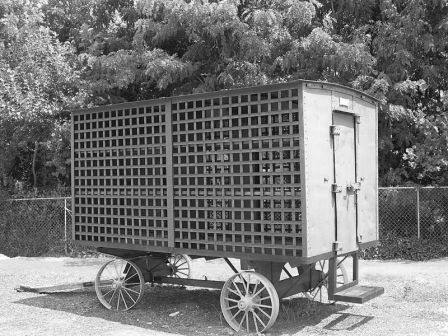 So everyone passed the time by listening to the hum of tires on pavement and taking in the scenery—tobacco farms, cotton fields, and miles and miles of nothing but redneck countryside.

The trip to the federal courthouse in Richmond took just over an hour. The marshal guided the van into an underground garage, where heavily armed officers searched beneath the vehicle and under the hood. When the “all clear” was given, Bird and crew were herded into a holding cell somewhere near the street-level courtroom. 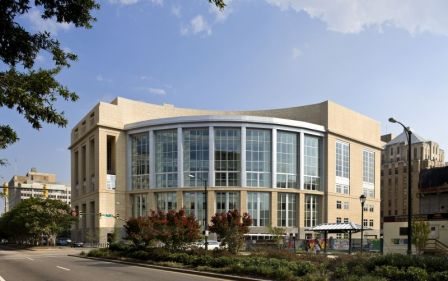 The judge du jour was the Honorable James Wilkins, a tough-as-nails African American man who worked his way to the top by depending on no one but himself. And he was married to another hardcore judge. As Bird understood it, she was maybe a bit tougher on law breakers than her husband. Some even reported that Judge Wilkins had a special way of dealing with inmates who crossed his path, but no one actually knew what it was that Wilkins did to current convicts. Bird, though, had a pretty good idea. And it wasn’t pretty. 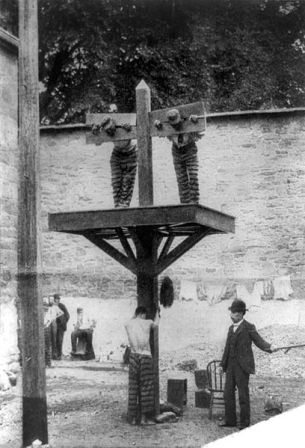 Finally, after a four-hour wait, it was Bird’s time to go before the judge, and he still didn’t know why he was there. Marshals led Bird to a seat in the front of the massive courtroom. Behind a behemoth bench at the front of the room sat the legendary man himself, Judge James T. Wilkins. His close-cropped hair was mostly white, a stark contrast to his dark skin. He looked like a judge. In fact, he looked like a judge’s judge, a judge other judges would aspire to emulate. Hell, even Bird wanted to be like him. He…was…impressive.

Seated next to Bird was a disheveled man who held a ratty-old briefcase in his lap. He used his left hand to scribble something on the top sheet of a legal pad. He used the right to constantly push his round spectacles up and away from the end of his sweaty nose. When he finished writing he turned to Bird, who was not impressed with what he saw.

Bird wasted no time. “Why am I here,” he asked the judgement jockey.

“You did file a motion to vacate due to ineffective assistance of counsel, right?” said the puzzled practitioner of law.

“No, sir. I didn’t. Actually, I took a plea deal and never went to trial.”

The legal eagle scratched his head with the end of a ballpoint pen. “Hold on a minute.”

Bird’s attorney of five minutes, walked over to the prosecutor, a gruff little blonde woman who appeared to have just finished a morning snack of nails and thumbtacks. The two chatted for a moment. Lots of arm waving, paper turning, cell phone dialing, and the gnashing of teeth.

Finally, the two opposing attorneys approached Judge Wilkins, and it took all of two seconds to see what pure anger in black robes truly looked like. Wilkins was furious.

Bird’s slithering shyster sat down next to him. “I’m afraid there’s been a mistake in the paperwork. This motion was filed in your behalf shortly after you were sentenced. It was denied four years ago, but somehow popped up again as a current motion. The judge wants to know if we have any further motions at this time. Do you?”

Bird shook his head from side to side and emitted a slight chuckle. “Nope.”

Lawyer Peddler stood to address Judge Wilkins. “Your Honor, my client does not wish to pursue any further motions at this time.”

“Mr. Bird, do you agree with your attorney’s statement, that you do not wish to go forward with this or any other motion at this time?”

“Very well, then. Now…Mr. Bird, it seems that we’ve brought you here in error, and for that I apologize on behalf of the court. I wish you a safe journey back to California. I also hope we don’t meet again, under these or similar circumstances. Next case, please.”

And that was it. Less than five minutes before the judge and it was over.

Two marshals approached Bird and escorted him back to the holding cell where he waited five hours for the other inmates’ cases to conclude. Then he and the other prisoners were once again loaded back into the van for the return trip to the Warsaw jail.

Bird had spent nearly six weeks on airplanes, in vans, sleeping on nasty concrete floors, eating soupy beans and dry bread (in county jails), and sometimes plucking roaches off his blanket before he settled in for the night. Not to mention the time in the Oklahoma transfer center. He was frustrated and tired. He was angry. And he’d missed visits with his wife and children. He’d not been able to call his family during the trip, and they had no idea why he hadn’t called or even where he was. But there was absolutely nothing he could do about it, except to accept it for what it was. He leaned back in the seat and watched the cotton and tobacco fields pass by.

Over three months on the road to utter three words—“That’s correct, sir.”

Yep, the U.S. legal system is a joke, unless you have a lot of money or really good connections.

No need to be upset. After all, he’d be back in his prison and in his old bed in…oh, two months, or so. And in another five years he’d be back at home with his family—four-and-a-half if he kept his nose clean and stayed out of trouble. And he could that little bit of time standing on his head, as the long-timers say.

Besides, he had a good job back at the camp, and the $1,000 per year he made there sure came in handy, especially now that he had a powerful taste for Otis Spunkmeyer chocolate chip muffins. 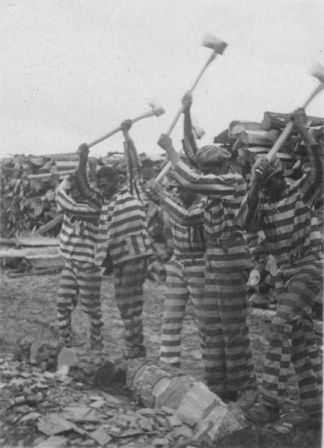 And he knew there wasn’t a chance in hell that Lo Lo would ever spend one minute in stripes. She has both money and connections.