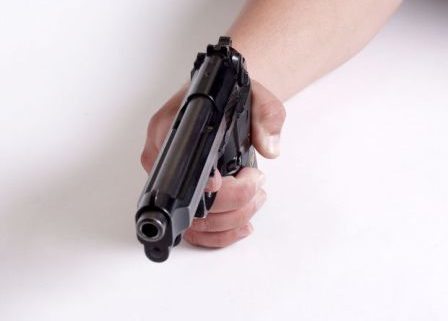 By now you should all be at least a little familiar with the Castle Doctrine, or “Stand Your Ground” law, as it’s often and mistakenly called (they’re not synonymous). After all, those three words—Stand Your Ground—were pounded into our ears, time after time, day after day, by most of the news media during the days leading up to a recent high-profile trial. And they did so even though Stand Your Ground was never part of the defendant’s defense. But, this post is not about that case. Not at all. This is about Indiana and just how dangerous it is to work as a police officer in that loony bin that calls itself a state. No offense to the citizens there. I’m sure you are all fine people. The lunacy I’m talking about is in the form of politicians (as if that’s news in any state, including the District), and I’ll explain.

Personally, I believe everyone should have the right to defend him/herself anytime and anywhere. And, if the violence escalates to the point where your life is danger, well, your level of defense should rise to a level that terminates the threat.

Indiana, however, has taken the Castle Doctrine to the extreme. Governor Michael Pence signed a bill into law that legally allows the use of deadly force against police officers should you believe they entered your home illegally. That’s right, the governor of Indiana basically issued a free pass to kill cops.

Think about it for a moment…

Joe and Ima Dopedealer just sold the last eight ball of the night and then readied themselves for bed, gargling and brushing their nine teeth—Joe has four and Ima five. Crack and meth took the rest. They gathered up a few weapons—nothing fancy, just an AK and a couple of .45’s—and placed them on the floor beside their bed, a mattress they’d found leaning against the dumpster in the alley behind Jimmy Joe’s Reptile Emporium and Ice Cream Shoppe.

They were both sawing some serious Z’s when they heard the front door come crashing in. This was followed by what sounded like several people somewhere in the front part of the house yelling something about “serve porridge?” And why were they yelling it over and over again?

Joe grabbed the AK and Ima a .45, and when two of the porridge people broke through the bedroom door, well, Joe and Ima capped them both.

“Scary critters too,” Joe told the detective, “all dressed in black, wearing masks and carrying machine guns. But that wasn’t the end of it. No sir. They was more porridge folks coming down the hallway, and they musta’ been plenty scared ’cause they was a callin’ and a screamin’ for the po’leece the whole time. Come to find out, they was the po’leece, and they kicked in the front door ’cause they said me and Ima done sold some rock to an undercover po’leece woman.”

But, thanks to Indiana’s “kill a cop” law, Joe and Ima won’t be facing any charges because they didn’t know they were shooting and killing members of the Drug Suppression Unit’s entry team, who, by the way, were yelling “Search Warrant!” (not “serve porridge” as Joe thought) as they entered the house after using a battering ram to gain access through the locked door.

Joe and Ima both told investigators that they were defending their home against who they thought were robbers, or killers, or both, especially since they wore masks and carried guns. And, they broke down the front door just like those men who committed the home invasions two blocks over just one month before the police “hit” Joe and Ima’s house.

This Indiana law sets a horrible precedent. Sure, the scenario above is to the extreme. But, in the land of reality, a citizen’s rights of protection against unlawful search and seizure are already guaranteed by the 4th Amendment, and you can bet every single cop in this country has been taught what they can and cannot do based on the 4th. However, the average Bill and Jane have no clue what’s legal or illegal regarding search and seizure laws and protections. All they know now is that they have a new-found tee-totally new right to hit, punch, slap, and even shoot any cop who tries to make what the Bill and Jane’s of Indiana think is an illegal arrest.

So, what the governor of Indiana has done is to open year-round hunting season on police officers. I wonder if he also set a bag limit on the number of officers a crook can kill per day?

You know, an officer’s job is stressful enough as it is, worrying that you might not make it home at the end of your shift. And there are plenty of officers who don’t—57 so far this year. It’s a dangerous job, and the officers in Indiana sure have more to worry about now than ever before.

I’m guessing the law makers who dream up and pass garbage like this law have never been faced with danger of any kind, and don’t care about the people who do, ironically, while protecting the very politicians writing this stuff. I guess some of them have more important things to worry about, like how to get away with sexting and posting nude photos of themselves on the internet.

What law makers/politicians should be worrying about are, for example, finding solutions to the problems associated with the U.S. having the largest prison population in the world. And that southern states incarcerate more people than in other areas of the country. For example, Louisiana, the state with the highest murder rate, also has the highest population of prisoners—893 per 100,000 residents, and the majority of those inmates are serving their time in privately run prisons (prisons for profit).

Mississippi is second on the list, and it’s prison system is already $30 million in the hole for 2013. This state is also the proud owner of the highest poverty rate in the country.

Then comes Alabama, Oklahoma (23% of their inmates are housed in private prisons), and Texas (number 5 on the “most incarcerated” list). Georgia and Florida also made the top ten list. Again, a high poverty rate in Georgia while Florida is the nation’s eighth highest on the list for violent crimes committed (515 crimes per 100,000 residents).

What about the body count in Chicago. Young men, women, and children are murdered there in shocking numbers. What’s being done there to stop the carnage?

I guess the point I’m trying to make is that certain laws—new laws—are indeed badly needed in this country, and some of the ones we already have in place need some fine-tuning. What we don’t need is to make every thug and gansta’ a card-carrying member of the Kill-A-Cop Club.

This addition to the Castle Doctrine basically made a target of every officer in Indiana, and I’ve seen some bad guys who could shoot fairly well.

Be safe out there, guys. We don’t want to see a number 58. Unfortunately, I know the number of officers killed in the line of duty will continue to grow as the weeks and months pass. Sadly, law enforcement laws like the Indiana Castle Doctrine could very well help those numbers climb even higher.

*I’m traveling today so I won’t be around to respond to comments until late afternoon or evening. This post is definitely not about the recent high-profile trial, so please let’s leave it out of the discussion.

Followon TwitterSubscribeto RSS Feed
On A Blanket With Your Baby, That’s Where You Should Be

I’m Taking The Day Off!
Scroll to top