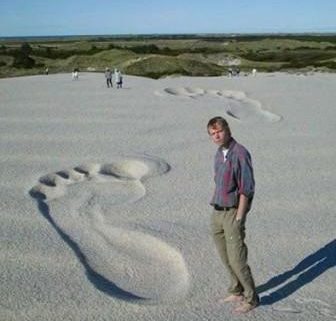 Detectives look pretty darn silly walking into court carrying a pair of plaster footprints. But, footprint and tire impressions can be extremely helpful to an investigator’s case. They’re especially helpful when the casts are a perfect match to the shoes the defendant chose to wear to the hearing. Yep, that’s actually happened.

Collecting impression evidence isn’t all that difficult, even in mud and snow, if you’ve got the proper tools. Here’s a look at the process of collecting footprint evidence.

Investigators usually keep an impression casting kit in the trunk of their police car. 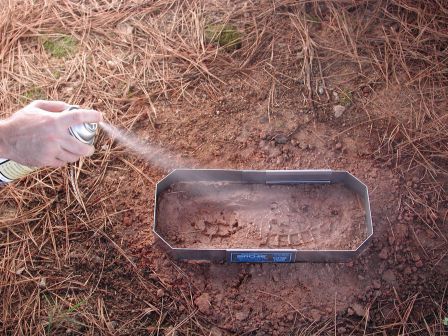 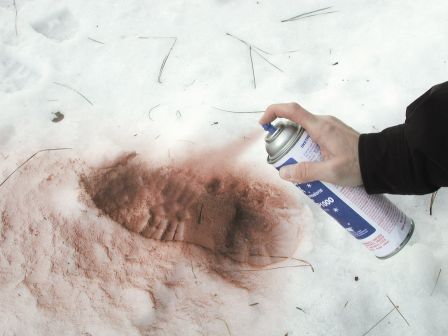 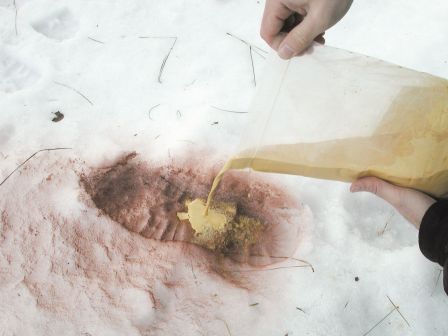 Casting powder is mixed with water and then poured directly into the impression. 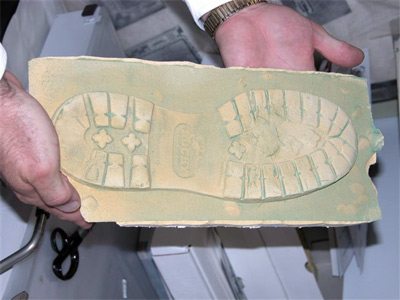 Hardened cast of suspect’s footprint.  The cast is used to identify a suspect’s shoes by size and unique characteristics, like cuts and indentations.  The cast also becomes part of the evidence that’s used in court.