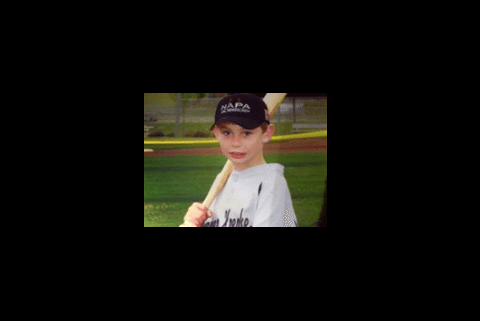 It started Monday morning at 6:09 a.m. with my cell phone announcing, quite loudly, a local Amber Alert about a missing 8-year-old boy named Brock Guzman. Then a beat later came an identical message from the California Highway Patrol (CHP). I was then, without any doubt whatsoever…wide awake.

Then at 7:59…Missing child located, unharmed.

8:42 from CHP (Golden Gate) – Amber Alert Cancelled: Vehicle located by an alert citizen & boy found inside safe and unharmed. Thank you for your help.

So, in roughly 2.5 hours a child was abducted and safely recovered. In what was an extremely brief time-frame, the combined teamwork of state and local police along with a community of alert citizens, turned what could have been a worst case scenario into a happy ending.

But it was what happened behind the scenes that was nearly as disturbing as the abduction. Here’s why.

Local police, as they should, divided their search efforts with some combing neighborhoods and streets while others responded to the home of the missing boy. As always, missing person/abduction investigations begin at the home, with investigators searching for clues and for the person who’s been reported missing. After all, it’s not unusual for police to find a “missing” child hiding or sleeping in a bedroom, in a closet, under the bed, etc. And sometimes, unfortunately, they learn that the child has been harmed or even killed, and that parents have attempted to cover up the death. Therefore, as in most cases, police must rule out possibilities as much as they need to include possible scenarios. In other words, a search of the child’s home is an absolute must.

In a nutshell, that’s the setting/back story of how this works. Now, let’s start this day with the 911 call to police.

05:00 a.m. – Vehicle is entered into the state Stolen Vehicle System

05:19 a.m. – Emergency Notification Tactical Alert Center at the CHP was contacted to issue the Amber Alert

So, in just over 30 minutes—police received the call, they arrived on scene, assessed the situation, activated the emergency observation plan, entered the vehicle as stolen so officers everywhere could be on the lookout for it, and requested the Amber Alert which was issued. That’s pretty darn quick and efficient.

In the meantime, as I mentioned above, every available officer within the surrounding area was frantically searching for the suspect vehicle, which by the way, was stolen from the home of the missing boy. Actually, what happened was the parents placed the sleeping boy in their car—the Toyota—, started it and left it running, and then went back into the house for their other child. While they were inside someone stole the car with the child inside.

Now, here’s what happened when police arrived at the home of the missing Guzman boy.

Police explained the need to search the home, but the mother refused to let them inside, stating (sometimes screaming) that was her personal space and she wouldn’t allow the search. Then things quickly went downhill. Remember, responding police officers didn’t know if the child had been harmed and that the mother had fabricated the kidnapping story as a means to cover up. It happens…a lot. They have to search the home.

Oh, one important detail…officers witnessed a reddish stain/substance on the floor inside the home (possibly blood?).

Here’s an officer’s body cam video of their interaction with the mother of the missing boy. Remember it was still dark outside.

Now she and her husband are in the process of hiring an attorney to sue the police for abuse. How would you have handled the situation?

*Warning: The Mother Uses Language Not Suitable For Young or Sensitive Ears

Note: The kidnapper in this case was not aware that the boy was in the car when he stole it from the Guzman’s driveway. When he discovered the child sleeping in the backseat he immediately abandoned the car leaving the child with it. The Guzman boy slept through the entire incident. Rumor has it that he vaguely recalls opening his eyes to see the stranger, but thought he might have dreamed it.

*By the way, writers, notice there’s no mention of the FBI? Because they DO NOT handle all kidnapping cases!!!