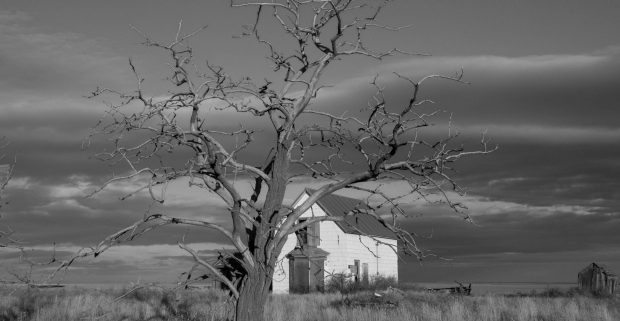 I remember the day quite well. Hot and humid and both made worse by the fact that I was wearing the brown over khaki polyester uniform of a sheriff’s deputy. I also wore brown shiny shoes, a leather gun belt with a basket weave pattern imprinted on it and the attached tool holders—holster, handcuff case, etc.

Since we often worked an entire county alone, I carried a leather SAP in my back pocket, the kind with the spring-loaded handle, and a kubotan with an attached key ring stuck between my gun belt and the belt holding up my pants, the trousers with the dark brown stripe down the outside of each leg. I sometimes used the kubotan as a means of persuading criminal suspects to see things my way when they opted to resist arrest by doing things such as refusing to release the death grip they had on my throat.

Hey, when you’re alone and the difference between survival and its opposite is to deliver a tap on the noggin or a bit of pain to the wrist, well, it was what it was and I’m still here. With lots of scars, but here.

But back to the day in question.

It was shift change time in the sky. The sun was on its way down toward the horizon and a nearly full moon was well on its way upward. In fact, when I arrived on the scene, the location where a high-on-crack, uzi-toting, barricaded suspect had taken his girlfriend and small children hostage, the large, whitish-yellow moon was peeking above the rooftop of the two-story ramshackle farmhouse that sat at the end of a long dirt lane off the blacktop country road.

The moment my car stopped in the driveway to the right side of the house, the suspect, the shirtless man with close-cropped hair and muscles any pro-wrestler would love to show off, fired a few rounds in my direction.

Not being a guy who enjoys searing-hot puncture wounds, I climbed across the center console and out the passenger door. Once outside I sort of “duck-walked” to the rear corner of the car, near the trunk, and called for backup. Unfortunately, my location was 40 minutes away from the nearest deputy or trooper.

The man fired again. I took a knee and kept my head down. I did, however, take a few quick peeks to see if I could pinpoint the shooter’s location. Pow, Pow! Two more rounds. A scream. Children crying.

Just my luck. He was in the room nearest my patrol car. I was seriously wishing dispatch had provided me with a few more details. Important information like, “Female caller states the suspect is ARMED!!!”

I knew I had to get closer, so I kept low and waddled to the right front of my car behind the wheel and tire, where I again took a knee and kept my head down. It was slightly comforting to know the engine block was between the suspect’s gun barrel and my flesh.

This time I saw chunks of dirt and dust kick up not more than five feet from where my knee rested on the ground.

I took a quick look and saw the shooter turn away from the window, so I ran as fast as I could toward the house while crouching down. I stopped directly below the window where I’d last seen the man. I took a knee below the window sill. My heart thumped furiously against the inside of my chest wall—so hard that I seriously wondered if the bad guy could hear the beating.

Inside, the suspect yelled at his hostages between firing a few willy-nilly rounds. Next I heard a loud THUMP followed by sobbing. Then quiet.

The front door opened and the man stepped out on the porch. He began yelling and firing more rounds in the direction of my patrol car. Obviously, he was not aware that I’d taken position beside the house where, by the way, I was still resting my weight on my knee. The position provided stability for both my body and to help with steadying my aim. Yes, at that point I’d trained the barrel of my own weapon at the corner of the house where it met the porch. I was prepared to shoot the suspect, if necessary, and it looked as if that would be the case.

Surely, he’d run out of ammunition at some point. And certainly backup would soon arrive. I so longed to hear the sound of sirens wailing and yelping. Until then, well …

I carefully eased along the front wall toward the porch. Still on one knee with my pistol aimed ahead. Left foot forward followed by the right knee. Slowly and quietly.

Pieces of gravel dug into my knee and I had to be careful to not cry out when a jagged piece of broken glass worked its way through meat and into bone. But I pressed on and I remained on the knee. I had to focus. One mistake and the people inside could die, as could I. And I was a single dad at the time, raising a young daughter.

Ten feet from the corner. POW!

Seven feet from the corner and the man started yelling. Then …

I remained on one knee.

Then he stepped out into the yard.

I quickly holstered my pistol and tackled him.

We wrestled for the gun.

The guy was tremendously strong. Far stronger than I and at the time I was bench-pressing just under 400 lbs.

I managed to apply handcuffs to his wrists.

Again, I took a knee. This time I did so while gathering my strength and to allow my straining lungs to suck oxygen like the bellows of an antique pump organ.

The battered girlfriend and her kids came outside where she begged me to not take “her man” to jail. She cried and bawled like a baby, and she hugged and loved on him, and she spit and cursed at me, while the kids stood there watching. She called me names and praised him as a “good man” who was being arrested solely because of his race. Not because he’d beaten her and the children and shot up the place and taken wild shots at me. Not for beating on me and for trying to take my gun from its holder. Not for punching my face until it was so swollen I could barely see out of one of my eyes.

I stood up. My legs felt like rubber, I was filthy, my hands shook a bit, and my uniform was a mess. The pins and medals and my badge were torn from the shirt. My shoes were dusty.

My pants were grass-stained and the left knee was blood-soaked and tattered. The flesh beneath the mangled cloth, the knee that had supported my weight while bullets zipped by me and while I feared that I and the innocent people inside the house might be killed at any moment, was bruised, cut, and bloody.

And my car had a bullet hole near the left front fender.

The entire situation lasted approximately twenty minutes. So, for somewhere in the neighborhood of $1.06 (one-dollar and six cents), I’d been shot at, beaten, spit on, name-called, cut, and bloodied.

I took a knee so that young woman and her kids could live to see another day.

I took a knee for them and was spit on afterward.

I still don’t understand the hatred toward me that day, but I’d do it again—take a knee to save a life—just like the cops who’ll do so today and tomorrow and the next day.

And they’ll continue to be spit on for simply wearing a uniform. 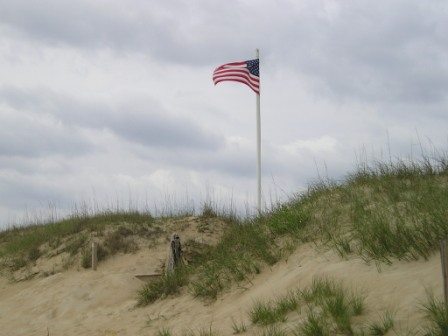 * Please, let’s keep our comments civil, as always, and not turn this post into something racial or political. Instead of slinging more words and gestures of hatred we should be working toward solutions to our troubles.