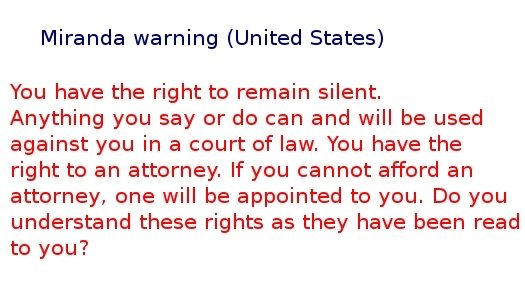 I’ve sat across the table from some pretty darn good liars, some of the best I’ve ever seen, actually. And I’ve heard it all.

“I loved my wife”

“Certainly, I couldn’t have killed her.”

“I was at home knitting a cover for my Bible.”

And, there was the all-time favorite catch-all,“Let lightning strike me dead right now if I’m not telling you the truth.”

Well, yeah, right. My office looked like Swiss cheese from all the lightning strikes.

But as they say, it takes one to know one, and investigators—good investigators—are some of the best fibbers in the business. They have to be great at fabricating tales and recognizing lies in order to play “the game.”

At times (the right times), they must be able to convincingly tell the bad guys exactly what they need to hear so they’ll feel comfortable enough to confess to butchering dear old grandma last Saturday night.

Maybe I should say that good interrogators are good actors, instead. Sounds better than saying they’re good liars, right? But aren’t all actors lying to us when they pretend to be someone they’re not? Same game, different stage.

An important aspect of the interview process is the ability to accurately detect the lies flowing across the lips of the bad guys. Well, that is, the important lies they’re telling. I say “important” because almost every word that comes out of their sweet and innocent little mouths is a lie. Therefore, cops need to separate the non-needed lies from the real clues.

So how do investigators know when the crooks are being less than honest? Well, here are are few mannerisms and quirks they look for during an interview with a bad guy.

1. Repeat a question before answering. “Did you kill Grandma?” A pause. “Did I kill Grandma?…Nope. Wasn’t me.”

2. Their sentences are sometimes broken, or fragmented, unlike the complete sentences of a truthful person. “No…I, um…I…didn’t (a hard swallow) um…kill…dear, sweet, um…Grandma.”

3. Liars, more often than not, do not provide specific details in their responses to questions. “Where were you last night and what were you doing?” the detective asked. The heavily-muscled thug leaned back in the wooden chair and crossed his jailhouse- tattooed arms over his chest. “Home,” he said. “Weren’t doin’ nuttin’.”

4. They tend to use hand gestures that are directed toward themselves, whereas truthful people normally use outward hand gestures (arm waving, pointing, etc.). For example. A liar:

Lies flowed from her red lips like last year’s honey. Slow and deliberate. She toyed with her hair, twirling the curly lock that hung over her left cheek, first winding it one way then the other. She used her right hand to pick imaginary lint from her sweater, a sweater that now had a permanent place in the young investigator’s dreams. She was as nervous as a whore in church. But her words were cold, as cold as a well-digger’s ass.

5. Liars tend to look away from the investigator during the questioning, but only briefly. Truthful people look away for longer periods of time, thinking before they answer the question. This is a movement that’s quite obvious and you’ll know it when you see it.

*Kinesics is the study of nonverbal communication—body language. A suspect’s movements and gestures can tell investigators when he is being less than truthful. Some of these gestures are very slight while others are as plain as the nose on the suspect’s face.

6. Liars like to take up as little space as possible. To do so, they limit their arm and hand movements. They feel safer keeping their hands and arms close to their body.

– Movements are stiff and unnatural.

– Don’t like to touch their heart or chest area with an open hand. However, some, while still wearing blood-stained clothing, pat their chests with an open palm while saying things like, “I swear on my Mama’s soon-to-be grave that I didn’t kill her. Yeah, I hit her a few times, but she was still breathing when I kicked her that last time. The bitch…” Those are the one’s you need to watch closely.

– Timing of gestures are delayed.

– Liars often use gestures that don’t match their verbal responses to a question (frown when they should smile).

– Guilty people are most often defensive.

– A guilty person likes to place an object (a pencil, paper, etc.) between himself and the officer as what he perceives as a protective barrier.

– Liars tend to use contractions (I didn’t do it). Innocent people do not.

– Liars are not comfortable with silence. They ramble, and detectives should allow them to do so.

– Liars mumble and speak in monotone.

– Guilty people love it when detectives change the subject. They immediately become happy. Their sullen moods return when the detective returns to the subject at hand. Investigators intentionally switch topics as a ploy during interrogations.

– Liars and/or guilty people often use humor in their responses.

*It is the totality of responses that help detectives pinpoint the liars. A single item from the list above is not a definite indication that someone is telling a fib. Remember, too, that investigators enter into an interview knowing many of the details of the crime, therefore they have a baseline of truths already in place. The object of the interrogation is to gain a confession, not solely to prove that people are liars.

It’s One of Those Days: Hold the Pickle
Scroll to top