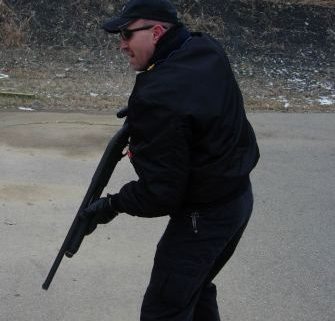 I don’t know how many of you follow the “crime” headlines in your towns, cities, and counties, but it’s something I watch closely. I suppose my obsession with real-life cops and robbers is deep-rooted due to my background and the fact that I, like other unfortunate officers, have been in situations where it was shoot back or be killed. However, the whole gun control/no, or limited gun control issue has greatly enhanced my interest in situations involving death by gunfire, especially here in coastal Georgia.

Slate Magazine, an online publication I’ve contributed to/consulted for in the past, is keeping a running total of gunfire deaths in the United States. As of yesterday, Slate reported 1173 people killed by gunfire since the Sandy Hook school shooting. Unfortunately, this enormous total of senseless killings is not all-inclusive. These are only the deaths they were able to record through various searches and other research methods. And, their graph of stick figures doesn’t include names or faces, such as the pretty young Savannah, Ga. college student, Rebecca Foley, who was gunned down Monday night in the parking lot of her apartment building on White Bluff Road. 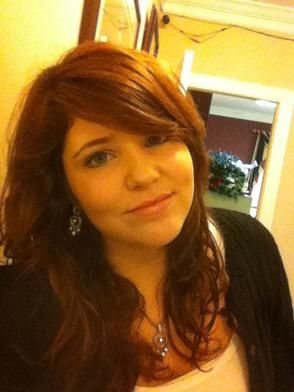 Rebecca Foley was killed when a bullet traveling at a speed of approximately 1,500 feet per second (nearly 700 miles per hour, or so) penetrated the rear window of her car, shattering the glass, and then struck her body, fatally wounding her. And just like that, someone’s precious daughter was dead. Her body was later found lying in a wooded area 100 feet from her beloved red Volkswagen Beetle. Police have no suspects and no motive. This was Monday night in Savannah.

On Tuesday, in the Windsor Forest community, less than a mile from where Rebecca Foley was murdered, 17-year-old Evan Colquitt was shot multiple times, mostly in the chest. He died on a gurney at Memorial Hospital. Another death not included in the Slate tally. Another set of parents who won’t be able to see their child graduate, or grow into an adult.

Last night saw more gunfire. And, again the shots rang out less then a mile from Rebecca Foley’s apartment building—this time in the Turtle Creek apartments just off White Bluff Road. The victim had been arguing with a man and had turned to go inside his home, closing the door behind him. The suspect fired through the door, striking the victim in the upper torso. Police are still searching for the shooter.

Of course, I should mention the fight between two women in Forsythe Park. The altercation started with hair pulling and ended with one of the women pulling a gun and firing. Luckily, she didn’t hit her target.

Oh, and let’s not forget the shooting on 39th Street, or the 8 people shot at the local fair. The latter was a gang-related shooting that occurred in the midst of innocent men, women, and children who were enjoying a fun-filled night of rides and cotton candy. Sadly, some of the innocent were wounded by stray bullets.

Then there was the shooting that happened at the Fred Wessel Housing Complex. Luckily, the victim survived.

Needless to say, city residents are scared. And, normally, they’d merely avoid “trouble spots,” however, the latest shootings occurred in the better, “crime-free” neighborhoods. As a result, a meeting between city officials and the local police has been scheduled for this week to discuss the latest wave of shootings.

The good news to come from all this murder and mayhem is that Savannah police chief Willie Lovett’s latest crime report indicates that violent crime is substantially down from past years.

*By the way, the Savannah Police Department is under currently fire regarding several allegations of “numbers fudging” on their crime reports to make the stats seem better. One of the people to come forward is a former Savannah police officer who says he actually witnessed the cover up on several occasions. Altering police crime reports is a felony. The case may soon be turned over to federal authorities for further investigation.

Anyway, y’all pack a bag and come on down. It’s a great place to visit! (P.S. – you might want to wear body armor under your Hawaiian shirts).

How are things in your neck of the woods? 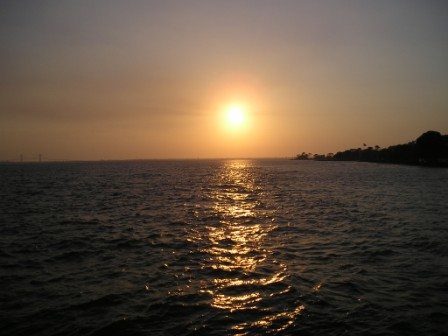