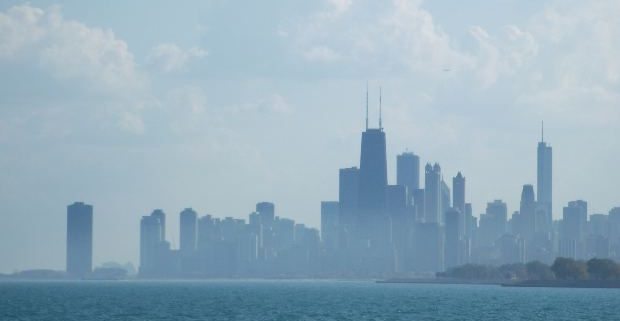 According to a couple of local news articles, Chicago police are, this morning, touting the “low” number of shootings in the city over the Independence Day weekend. They credit the “small numbers” of gun violence to arresting known gang members prior to the holiday. They also say that an increase of patrol officers on the streets was a huge help in keeping the weekend safe for local residents (as many as 5,000 officers were on patrol as opposed to the normal 3,000 – 4,000 on any given day).

Before moving forward with a review of the weekend festivities, keep in mind, please, that Chicago is pretty darn strict when it comes to owning, purchasing, and possessing firearms. For example, Chicago/Illinois law requires:

In addition to the Illinois and Chicago laws, there are thousands upon thousands of federal firearms laws on the books, including:

The following classes of people are ineligible to possess, receive, ship, or transport firearms or ammunition:

Persons under indictment for a crime punishable by imprisonment for more than one year are ineligible to receive, transport, or ship any firearm or ammunition. Under limited conditions, relief from disability may be obtained from the U.S. Secretary of the Treasury, or through a pardon, expungement, restoration of rights, or setting aside of a conviction.

So, with all of these tough as old shoe leather and rusty nails laws on the books, gun violence should be well on the way out the door, right? I mean, not a single Chicago bad guy, if they follow the rules, should never, not ever, have a gun in their hands, right? After all, we know that bad guys always obey the law. And, if we were add more gun laws to the ones already in place, well, the robbers and murderers will automatically stop shooting, right?

Well, someone is shot every two hours in Chicago, and someone is murdered every ten-thirteen hours. Over 330 people have been murdered in Chicago so far this year.

Officer stop-and-frisks (pat-downs for weapons) are down 90% in Chicago. The FOP there says officers basically stopped the practice because of racism allegations, lawsuits, and internet videos that do not show the entire situation.

Stop-and-frisk is fantastic tool that does indeed prevent gun violence, but …

Anyway, thanks to Chicago’s tough gun laws, rounding up known gang members, and a huge police presence over the holiday weekend, these are the people who might not agree with the notion that adding more gun laws will stop bad guys from pulling the trigger, because crooks don’t obey the laws we already have!

Chicago Shootings Since Friday, and this is considered an improvement:

*This article is not an invitation to argue for or against gun control, politics, political candidates, religion, police, etc. Please save those arguments for your pages. This is also not the place for inappropriate language. I’ve heard enough “F” words to last a lifetime.