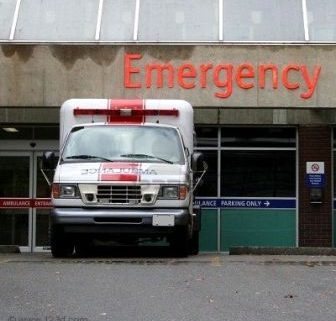 I write about emergencies all the time. In fact, I’ve responded to more emergencies than I care to remember. Yes, I’ve pretty much seen it all, from gruesome homicides to horrible crash scenes. And I’ve always remained calm and cool through the worst of the worst. But today I was faced with a personal emergency and I nearly lost my mind. In fact, I barely remembered the number to 911.

Actually, this started last night when our beloved blind and nearly deaf 19-year-old poodle wasn’t feeling well. So, I stayed up with her until after 3 am, holding and rocking her until she finally settled down enough to go to sleep. Then, this morning when the time came for her to head outside for her bathroom break my wife volunteered to take her, allowing me a few extra minutes of much-needed sleep.

But my rest quickly turned to panic. My wife, holding the 6 lb. poodle in her arms, slipped on the steps and fell. I quickly ran to her, thinking I’d help her to her feet and all would be well. Unfortunately, I noticed that her right foot jutted out to the right at a horribly grotesque and unnatural angle. And the bones of her ankle, the ones that normally protrude from the sides of her foot, were now poking out in the front.

This is where things begin to get a little hazy for me. I remember seeing my wife as she was heading toward the floor, cradling the dog in her arms (the dog, by the way, made it out of this just fine). And I remember rushing to her side (I was still as cool as the center seed in a cucumber). But when I saw “the foot” and the condition it was in, my mind went as blank as an author’s computer screen during an ugly spell of writer’s block.

I think I frantically walked in circles for a full minute before I finally heard my wife’s weak voice (she was in full-blown shock at this point) telling me to call 911, which I did after re-learning the functions on my cell phone. However, when the emergency operator came on the line I had difficulty remembering our address, my phone number, and my wife’s name and age. 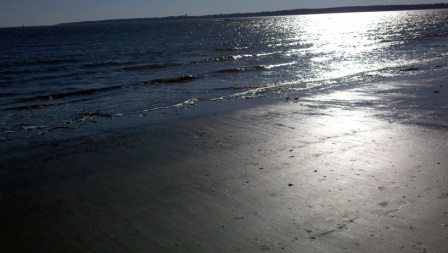 That’s when it hit me. After all these years I finally realized why so many people sound so darn foolish when they call 911. There’s a  feature in our heads, a DUMB BUTTON, that’s instantly activated when someone we love is hurt. And believe me, my DUMB BUTTON was pushed especially hard this morning. My wife was in intense pain. Excruciating pain. And her pain hurt me. And that hurt held its gnarled finger on my DUMB BUTTON for a couple of hours before it finally let go.

There were, however, some good things that happened today. The EMS crew that arrived to care for my wife was top of the line. They knew what they were doing and they did it in a hurry. The hospital ER staff was equally as good. So were the nurses, the morphine and dilaudid, and the folks in x-ray who revealed three quite nasty breaks in my wife’s leg (three bones, three breaks). But it was the surgeon who came in to realign the foot who impressed me the most. He administered the same goop that killed Michael Jackson, which turned out my wife’s lights for precisely 15 minutes. During that time, the doctor grabbed the foot, yanked once, pulled twice, and turned the foot back to where it was supposed to be. Then he held it in place while his assistant wrapped it with splinting material.

This brings me to where I am now, sitting in the OR waiting room at 9:30 pm, 13 long hours after the fall. Yep, my precious wife went into the OR at 6 pm for for an operation that was supposed to take no more than two hours—steel plates, screws, and pins.

Well, I just called the nurse in the recovery room to see if she had any news. She bluntly reported that my wife was still in surgery and that someone would let me know when she was out. Then she told me to relax, watch a little television, and maybe have some dinner.

I think she pushed a different button this time…

The Death Penalty For Jared Loughner?
Scroll to top