The Graveyard Shift extends our condolences to the family of this brave officer. 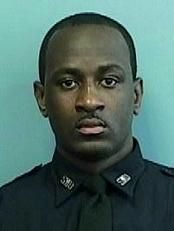 January 9, 2011 – Officer William Torbit, while working a plainclothes assignment, arrived at the Select Lounge as a result of an officer-in-trouble call (Signal 13). While attempting to break up a fight between a group of females, Torbit was attacked by several males. One witness described the scene as large and chaotic.

During the attack, Officer Torbit was shoved to the ground and immediately drew his service weapon. Subsequently, he fired at least eight rounds at one of the men who was assaulting him. The civilian was mortally wounded. Four uniformed officers, who’d also responded to the scene, witnessed Torbit pull his weapon and they immediately began firing at him (a total of 41 rounds), thinking he was a civilian with a gun.

Officer Torbit was killed by gunfire from fellow officers he worked with on a regular basis. However, due to the chaos and the fact that Torbit was not in uniform, the fatal error occurred. One other police officer was wounded in the exchange of gunfire. Torbit was wearing his badge on a lanyard hanging around his neck. 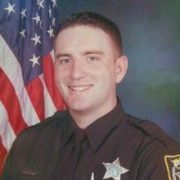 Officers outside the nightclub where Officer Torbit was killed

Officer Torbit was known on the streets as Batman because he and his partner formed a real-life dynamic duo when it came to rounding up drug dealers and other offenders. Even though Torbit was a tough, no nonsense cop, several of Baltimore’s Central District bad guys, where Torbit worked, readily admitted that if he’d arrested them it was because they had it coming. They were also quick to point out that Torbit was fair, and credited him for turning their lives around.

Help! My DUMB BUTTON Is Stuck!
Scroll to top