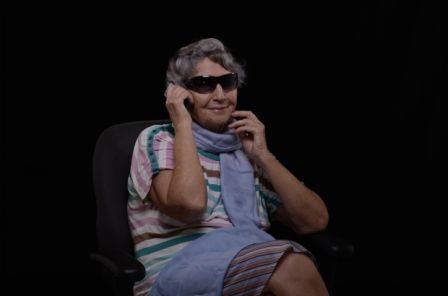 We can’t be certain of our future, but if we base it on the past, especially the recent past, well, we’re doomed. And here are a few small reasons why (the big reasons are simply too scary to list).

– The Philippines’ civil aviation authority announced that it is now permissible to use all electronic devices, including cell phones, during flights. The only restriction is that the devices must be turned off during pre-flight operations, such as fueling the planes.

Imagine sitting next to “chatty grandma” while she rambles on for three or four hours, at the top of her voice, about pumpkin pie recipes, support hose, and her upcoming colonoscopy. Attention all writers: Imagine this as a new motivation for murder by your fictional characters—sex, greed, money, revenge, and now, silencing the obnoxious phone-talker seated next to your villain.

– U.S. District Judge Edward R. Korman ruled that U.S. border patrol agents may search and copy the files from travelers’ laptops and other electronic devices, and they may do so without probable cause or suspicion of illegal activity. What happened to a U.S. citizen’s protection against illegal search and seizure?

– A sixteen-year-old Seattle girl escaped serious harm when her eyeglasses deflected a bullet during a drive-by shooting at her home. The girl was asleep on the couch when incoming rounds penetrated the walls of her home. Remember, mystery and thriller writers, drywall, plywood, and wood doors do not stop bullets.

– Senator Ed Markey (D-Massachusetts) is calling on auto manufacturers to install anti-virus and other security-based software on all cars and trucks to prevent hackers from gaining control of vehicles. Another concern is driver privacy. A recent DARPA study showed that two professionals were able to hack into the computer systems of various cars, and that they were able to use a wireless connection to take control of the vehicle’s brakes, steering, engine, and other computer-controlled systems. This is certainly better than having a fictional villain attempting to cut a brake line or rig the steering controls to make the vehicle crash as it rounds a sharp curve in the mountains (besides, isn’t it time to dump that tired, old scenario?).

– Scientists have developed a new means of detecting surveillance and/or explosive devices. By mimicking the way dolphins hunt using bubble nets, experts came up with a new type of radar—twin inverted pulse radar (TWIPR)—that’s able to detect even the smallest well-disguised explosive devices, such as those hidden in soft drink cans and pipes. Of course, scientists have recently discovered that dolphins get high by milking the toxins from puffer fish. Then they pass the fish to the next dolphin in the group. So, can we really trust the word of stoned dolphins?

Finally, California recently approved granting drivers licenses to illegal immigrants, and critics say that by doing so the state is increasing a threat to American citizens.

To obtain a California drivers license, the illegal immigrant need only to present a few unverifiable, or easily forged documents, as a means of establishing their ID. Some say this would make it extremely easy for terrorists to enter the U.S. and then acquire a legal ID and license to drive.

To add to the critic’s woes, the new law bars police from using the licenses as a basis for arresting or detaining someone for immigration violations. In other words, if an officer stops a vehicle for a traffic offense and found the driver to be in possession of a license as an illegal immigrant (the license shows this status), he/she is not able to detain the driver merely because he is indeed an illegal immigrant. This is sort of like saying police could not arrest a man who’s carrying an official state document stating that he is in possession of a kilo of cocaine, even when the cocaine is on the car seat next to him. As long as the offender has that state document in his possession, well, he’s basically immune from arrest.

So what do you think? Is the U.S. headed down a path of self-destruction? Should we draft laws to protect the security of our automobiles and the data stored in a car’s computer system? Should cellphone use be allowed on planes? Is it okay to issue drivers licenses to illegal immigrants?

I certainly don’t have the answers to all of our troubles, but I’m thinking we could turn to the dolphins for temporary relief from our woes.

So, “Hey, Flipper, stop hogging the puffer fish and pass it this way!” 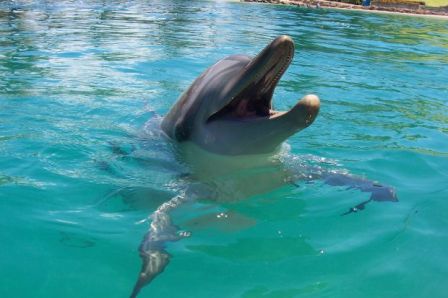