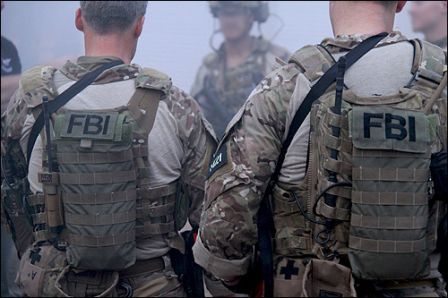 When I was plotting The Trigger, the first book in new series, I interviewed several FBI agents, and we discussed the final scenario, which involves domestic terrorism at a dozen simultaneous locations. I assumed the Federal Bureau of Investigation would have to call in Homeland Security to handle such an event.

I was wrong. The FBI takes the lead in investigating, pursuing, and arresting terrorists on U.S. soil (and sometimes abroad)—as well as pursing any person considered a national threat. The squad they deploy for the dirty work is called the Hostage Rescue Team, or HRT, as they say on the inside.

The bureau’s HRT is the civilian equivalent of the Naval Special Warfare Development Group (aka SEAL Team Six) and the Army’s 1st Special Forces Operational Detachment-Delta (Delta Force). So it’s one of three national-level Tier 1 response teams. These units use common techniques and technology and often train and operate alongside one another.

Despite the name, the hostage rescue team does much more than extract victims from their takers. The training they undergo prepares them for just about anything. Think of this group as a national SWAT unit of law enforcement.

With more than 90 full-time operators, the group functions under the bureau’s Tactical Recruitment Program, and agents must first quality to become a Special Agent before they can apply to HRT. To become a Special Agent, FBI operators must have a four-year college degree and three years of professional work experience. Remember that the next time you see those guys on the news in camouflage, flak jackets, and sniper rifles repelling down a cliff—they are highly educated!

In The Trigger’s climatic scene, multiple HRTs are dispatched to various locations to track and apprehend the bombers. But the main story is about Agent Jamie Dallas, a young woman who specializes in undercover work and infiltrates an armed prepper compound in search of a missing woman. What she finds is much more terrifying.

The book releases today, and as a thank you to my readers, the ebook is on sale for $.99. More important, if you buy it TODAY and forward the Amazon receipt to lj@ljsellers.com, you’ll be entered to win a trip to Left Coast Crime 2015 (registration, hotel, and airfare)! I’m also drawing winners for ten $50 gift certificates from Amazon or your favorite bookstore. So you have a great chance to win something. For more details, check out my website. (http://bit.ly/I1audT) 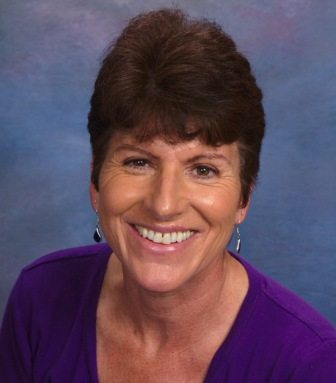 L.J. Sellers writes the bestselling Detective Jackson mystery series—a two-time Readers Favorite Award winner—as well as provocative standalone thrillers. Her novels have been highly praised by reviewers, and her Jackson books are the highest-rated crime fiction on Amazon. L.J. resides in Eugene, Oregon where most of her novels are set and is an award-winning journalist who earned the Grand Neal. When not plotting murders, she enjoys standup comedy, cycling, social networking, and attending mystery conferences. She’s also been known to jump out of airplanes.