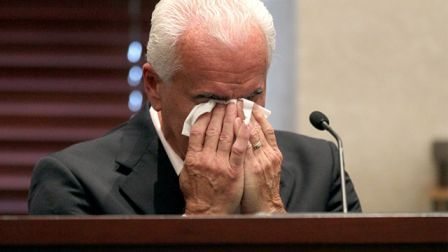 Defense Attorney Jose Baez went for the gold yesterday, asking George Anthony if he’d ever molested his daughter Casey. Of course, Mr. Anthony denied the allegation. Then Baez asked if he’d admit to the horrible act if he did indeed commit it, and he added the fact that life in prison would be motivation for not admitting to the unspeakable act. Again, Anthony denied the allegation.

During this line of questioning, Casey Anthony’s image was also displayed onscreen. When Baez asked Casey’s father the question regarding molesting her, and he denied it, Casey shook her head slowly from side to side and tears filled her eyes. Now, it’s unusual to see Casey Anthony display her emotions. To me, as a former police investigator who relied heavily on reading body language, this display by Casey Anthony was important. Telling, even. George Anthony’s denial clearly struck a nerve with his daughter.

Obviously, I can’t and won’t say this event(s) occurred during Casey’s childhood, but Mr. Anthony clearly displays signs of guilt about something. What that guilt is about we may never know.

So what do we know about the father of accused murderer Casey Anthony? 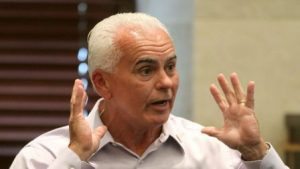 1. The defense has accused him of discovering his granddaughter’s lifeless body in a swimming pool and then covering up that death. To do so, he’d have had to physically place the child’s body inside three bags and coldly discard her in the woods like yesterday’s garbage. Keep in mind, though, that someone, if not Mr. Anthony, actually was heartless enough to do just that.

2. George Anthony is a former police officer, someone trained to recognize details of crimes and crime scenes. He’s also testified that he knows the smell of death from his experience as a police officer. If the defense’s drowning theory is true, why would Mr. Anthony not attempt to revive his granddaughter? After all, police officers are trained as first responders and most, if not all, are certified in CPR.

3. The accusations are out there that Mr. Anthony had an affair with River Cruz/Krystal Holloway. In fact, Jose Baez asked Mr. Anthony if he’s ever been intimate with Cruz. Anthony’s response was no, and that he thought the notion was funny. But, Mr. Anthony doesn’t deny, well, he can’t deny that he’d been to Cruz’s home on several occasions to “console” her. And these visits were without the presence of Mrs. Anthony. All during the time the family should have been focusing on locating their granddaughter. Mr. Anthony was a trained police officer, right? Perhaps he should have put those skills to work instead of “consoling” Cruz behind his wife’s back.

Also, Cruz says that Mr. Anthony told her that Caylee’s death was an accident that snowballed out of control. Normally, this would be a very damaging statement when introduced. However, Ms. Cruz seems to have quite the reputation as someone who’s less than truthful.

4. Anthony purchased some beer and went to a hotel room. He says it was his intent to commit suicide by drinking the beer and taking some prescription medication. Prior to doing whatever it was he maybe intended to do, Anthony called several members of his family and texted others of his intention. Soon after, police found Anthony at the Hawaii Motel in Daytona Beach. They knocked on the door, which Mr. Anthony opened, and, after speaking with the officers, he walked with them to their police cars. An officer then drove Anthony to the hospital where he was admitted for mandatory observation. Almost immediately after his release from the hospital, Mr. Anthony and his wife flew to California to appear on several TV shows. Upon their return, they were booked into the Ritz Carlton hotel, a stay paid for by media.

5. When Casey Anthony was first allowed out of jail on bond, corrections officials met with the family to instruct them on the rules of house arrest, and there are several. For example, there can be no alcohol in the house, including shaving lotion and mouthwash, no drugs, and no weapons. And no weapons means NO GUNS. Any violation of the rules could send Casey back to jail. So what does dear old dad do? Well, he immediately goes out and buys a gun. He claims he was going to use the firearm to threaten people into telling him what happened to his granddaughter. Oddly, the corrections officials show up at the Anthony home a couple of hours after dad bought the gun. And they were there BECAUSE he’d bought the weapon. Pretty fast and coincidental timing, huh? How’d they know so quickly? It’s almost if dad himself tipped them off so they could remove Casey from the home. Not saying that’s what happened, but it’s an extremely bizarre coincidence. But bizarre is a word that goes hand-in-hand with this family.

Well, the defense is about to wrap up their case. Will Casey testify that her father helped dispose of Caylee’s tiny body? I suppose we’ll never know the truth surrounding this family. How could we? Their stories are as squiggly as a bucket of worms.

So what do you think? Is George Anthony a loving grandfather. Or, is he a lying, cheating, child molester? 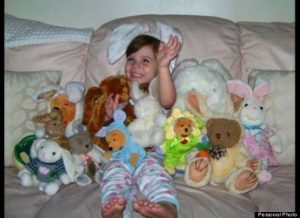