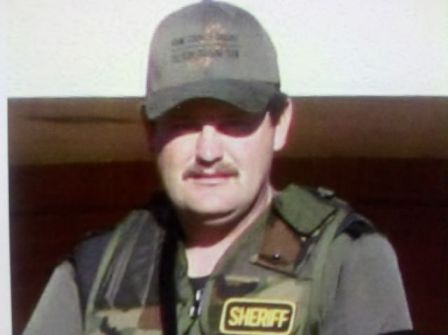 August 27, 2010 – Chief Paul Fricke was traveling on Highway 47 near Hawk Point when his patrol car slipped off the pavement. He then over-corrected and his car hit a utility pole on the opposite side of the road. Chief Fricke died at the scene of the crash.

August 28, 2010 – Officer Matthew Tokuoka was off duty and was driving with his family when he stopped to talk to fellow officer Sergeant Anthony Wallace. While Tokuoka and Wallace stood outside their cars a man walked up and opened fire, striking both officers. The officers were transported to the hospital where both succumbed to their injuries.

Officer Tokuoka’s wife, Haley, and their six-year-old son and two-year-old daughter were in the car at the time of the shooting. Tokuoka’s mother was visiting from out of town and was also in the car when her son and Sergeant Wallace were ambushed.

*Officers, please use caution and be aware of your surroundings at all times. Be vigilant for potential ambush situations.

Stay safe and wear your vests.