February 18, 2012 – Sergeant Michael Todd May was killed while in pursuit of a hit and run driver. During the chase, the driver turned and rammed Sergeant May’s patrol car, causing it to crash. 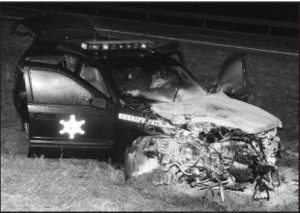 Jerod Alan Green of Morgantown has been charged with homicide by vehicle while DUI, first-degree murder of a law enforcement officer, second degree manslaughter of a law enforcement officer, DUI of a combination of alcohol and drugs, and several other charges. According to wvaccidentlawyer, online records from the Oklahoma State Courts Network indicate a man with the same name and birth date as Green pleaded guilty to third-offense DUI and subsequent offense DUI almost five years ago.

Sergeant May leaves behind his parents and brother.

February 23, 2012 – Trooper Tony Radulescu was shot while making a traffic stop. Deputies discovered the wounded trooper laying beside his patrol car after dispatchers were unable to reach him by radio. He was rushed to the hospital where he died as a result of the gunshot wound.

A SWAT team located the suspect, Joshua Blake, at his mobile home where he committed suicide as the team approached.

Blake had a long history of domestic violence and abuse, and had served time in jail for various offenses. 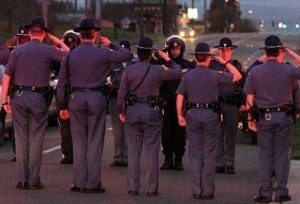 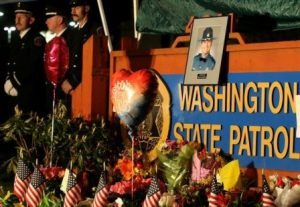 * A special salute to Lt. Cato Collins who passed away this week at the age of 83. Lt. Collins served 34 years with Virginia Department of Game and Inland Fisheries. He was an inspiration to every officer he met.