December 3, 2010 – Deputy Dewayne Crenshaw was shot and killed by a male suspect who was involved in a domestic dispute. The fatal shooting occurred after Deputy Crenshaw and another deputy approached the man outside his residence.

Deputy Crenshaw is survived by his wife, four children, and one stepchild. One of his sons is also employed with the sheriff’s office. 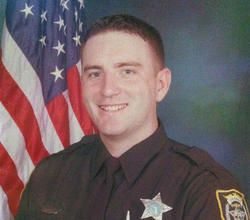 December 8, 2010 – Deputy Brandon Coates was shot and killed during a traffic stop. At some point during the stop Deputy Coates had deployed his Taser while struggling with the driver of the vehicle. Coaters was later discovered with two bullet wounds to the head. He is survived by his wife of about one year. She, too, serves as a deputy sheriff with the department.