If you watched this week’s episode of Castle then you witnessed Lanie Parish, V.D. (Voodoo Doctor) examine the body of a murder victim/floater and then say something like, “According to lividity, I’d say the time of death was 12 hours ago, at most.” 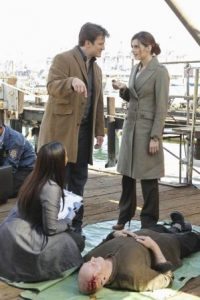 Well, we all know that lividity is not a good indicator of TOD, right? And when a person drowns, or is tossed in the water at the time of death, lividity can be absent, or even manufactured by swift currents. So Lanie’s writers were mistaken on all accounts.

So how do the experts determine how long a body has been in the water?

When a body is discovered on dry land there are many indicators of TOD, such as insect activity, body temperature, and rate of decomposition. But those indicators are either highly deceptive or nonexistent in “floater” cases. Therefore, if no one sees the body at the time it was dumped in the drink, there’s really no accurate way to know how long the victim had been under water.

Seeing the need for an accurate method of determining “time in the water,” scientists at the University of Otago in Dunedin, New Zealand began studying the various types of bacteria found at different stages of decomposition. They conducted the study at varying temperatures on submerged pig skulls (pigs decompose at a very similar rate to humans).

The team of scientists, led by forensic biologist Gemma Dickson, soon discovered specific bacterial signatures were found at each stage of decomposition. Therefore, the length of time in the water can be pinpointed by determining which bacteria are present upon discovery of the body. A remarkable discovery that, hopefully, can soon be used by law enforcement to determine time of entry into water. 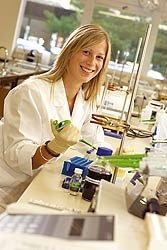