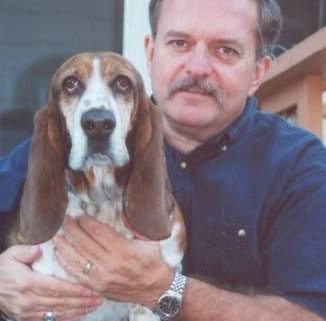 Monty McCord is a retired police lieutenant in Nebraska. His 23 years of service included deputy positions for two rural sheriff’s offices (one of which was a four man office), and then retiring from the Hastings Police Department. Duties included ambulance/rescue, patrol, paper service, investigation, jail, and communications. In charge of department training for many years, he specialized in firearms training. He participated in Police Pistol Competitions in the late 70s/early 80s, and later was active in Cowboy Action Shooting.

McCord is a graduate of the 174th Session of the FBI National Academy at Quantico, Virginia.An avid interest in law enforcement history led him to writing.  He published his first book locally in 1982, Hastings Police – 110 Years of Public Service. McCord researched the history of police vehicles from the horse drawn paddy wagons of the 19th century to the current day for his second book, Police Cars – A Photographic History, published by Krause Publications in 1991. A follow up book, Cars of the State Police and Highway Patrol, was released three years later. In 1999 Krause published Law Enforcement Memorabilia, a guide for the hobby. Other books include, Hastings – The Queen City of the Plains, and I Christen Thee, Nebraska – History of the USS Nebraska. 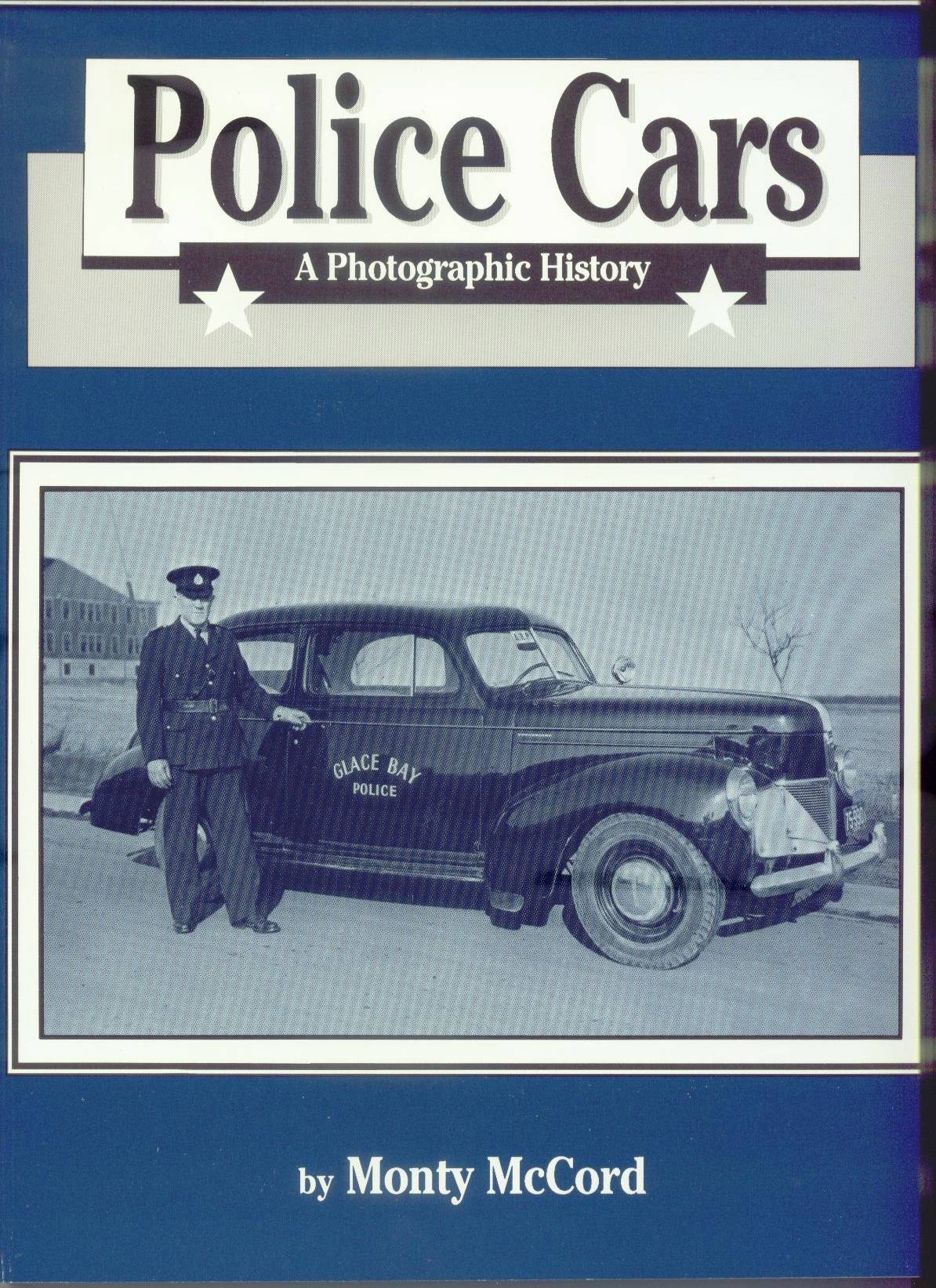 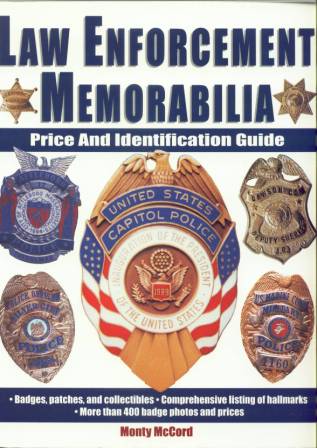 He began collecting law enforcement badges in 1974, inspiring him to write many articles for Police Collectors News during the 1980s and 90s. McCord has written law enforcement related articles including “Marshal Capone”, for the Texas State Peace Officers Journal and “The Crimes and Trials of Print Olive”, for The Journal of the Western Outlaw-Lawman History Association.

He has had additional articles published in The Nebraska Police Officer and the Historical News of the Adams County Historical Society. In 1997, McCord was interviewed for a segment of “Police Cars”, one of a three-part documentary called, “Wheels of Survival” for A & E’s History Channel. He owns two restored vintage police cars, a 1962 Plymouth and a 1973 AMC Matador Los Angeles PD “Adam-12” replica. He was contracted by Liberty Classics, Inc. of Illinois to do the research and design for a series of 1/25 scale die-cast vintage police cars for collectors.

McCord is currently at work on a modern crime novel and has two historical crime novels outlined and partly researched. His favorite period for these types of works is 1870-1970. He is a huge fan of Truman Capote’s In Cold Blood, and historic crime stories written in both creative non-fiction and novel styles. McCord serves as president of the Friends of the Hastings Public Library and as a board member of the Adams County Historical Society. A member of the Nebraska Writers Guild and the Kansas Writers Association, he lives in Hastings with his wonderful wife (& editor), his pal Buddy the Basset Hound and two cats who haven’t managed to escape their human captors yet. 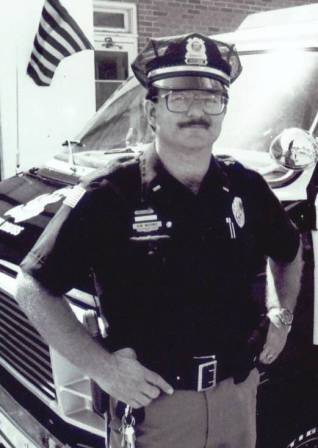 First of all, I’d like to thank Lee Lofland for asking me to be featured on his blog, I am honored to be here. Many congrats brother on a valuable site for all of us.

I was trying to decide whether to talk a little about police firearms training or police vehicles, I decided on firearms training. I’m happy to answer questions on any of this, and if I don’t know, I’ll make something up. (No, not really!).The 1970s and 80s was a time police firearms training started to evolve into useful instruction. At least it was around here. Many larger jurisdictions were already progressive and we learned from them, albeit slowly.

I received my certification as a police firearms instructor from the Nebraska Law Enforcement Training Center in 1979. The officers of the department (many, were older veteran officers) were used to the old Camp Perry style of handgun shooting, where they would stand erect, left hand on hip, right arm straight out pointing the revolver at the target, giving no thought that the bad guy might be shooting back at them. In fact, at the time, the thought didn’t center around deadly encounters with a suspect. It was more of a typical “target shooting” environment under ideal circumstances. Wonderful.

To make matters worse, they NEVER reloaded their duty weapons from the leather ammo pouches or bullet loops on their Sam Browne duty belts then in use. (Like they would on an actual shooting situation on the street). When ready to qualify, they would grab a handful of .38 cartridges and dump them into a shirt pocket. To be real professional, they might even shoot from one or two different distances. When I took over this training I made them reload from their ammo pouches during qualifications. I had to literally take a pocket knife and scrape out the green corroded cartridges that had resided in them since the Eisenhower administration.

To add insult to injury, I also required them to do some running and utilize cover and concealment while firing at the target (suspect). Since you couldn’t have someone shooting at the officers for training, physical exertion (running) and loud noises (siren, loudspeakers blaring) and time limits were the things used to increase stress. The weather was no longer a factor either. Rain, snow, or sunshine, when I scheduled a qualification, it was rarely cancelled.

We required four qualifications a year (now it’s monthly), and every officer had to qualify each time, or go through extra training. Later I built walls from old tires which simulated rooms and used “shoot” or “don’t shoot” targets on swiveling holders. These targets were printed with the picture of an innocent civilian or an armed bad guy, and the officers would have about a second to recognize the danger, or not, and fire, or not. In 1988, the department made the switch to semi-automatic pistols commonly used today. Unfortunately, unless they had served in the military, the officers had never touched a semi-auto. Before I entered law enforcement, I assumed (and you know what they say about that) that police officers were all gun nuts like me. Not so. Training started again, from the ground up.

Many took to the new pistols with ease, and some did not.To load the semi-auto, a full magazine is firmly seated into the grip, and then the open slide is allowed to slam shut, thus chambering a cartridge making it ready to fire. It then needs to be de-cocked (hammer lowered), safety off, for carry. Many officers had a hard time with that, thinking that once the magazine was slammed home, it was ready to fire.

To make sure they were extremely comfortable with the operation of the pistol, I ran them through hours of unloaded drills in the station as well as at the range.  Immediately detecting a jam and quickly clearing the pistol so firing could resume was pounded into them. It doesn’t happen often with good quality pistols, but sometimes it does. To make their pistols jam during training, I would load their magazines, inserting one or two empty cartridges. When an empty came up, it always jammed the slide, adding stress to the officer who was under a time limit as well. For many years I heard lots of complaints about having to go through all this “rigomorole” as they put it, telling me all this running and hiding stuff wasn’t necessary.