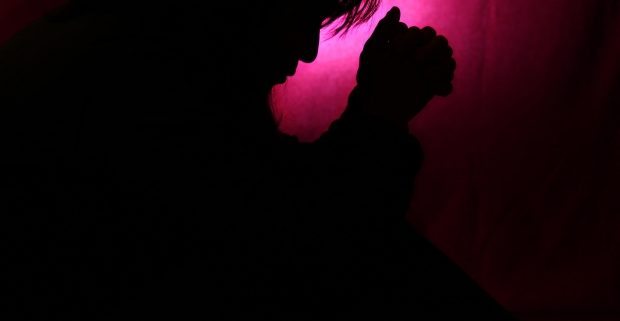 Where to begin on a Monday morning after such a devastating weekend?

First, let’s start with the latest results in the case of the officers charged with the death of Freddie Gray.

Baltimore police Lieutenant Brian Rice, the highest ranking officer to stand trial for Gray’s death, was found not guilty on all charges. Judge Williams said the state simply failed to prove its case against Rice. The same was true in the other cases where he found the officers not guilty of the charges brought by Mosby. In fact, this has started to sound like a broken record. Not guilty. Not guilty. Not Guilty.

The cry from many people of the general public is that by finding these officers not guilty justice has not been served. I said in the beginning there was no factual/evidential basis for the convictions of either of the officers. At least there was none that I’d seen. Even the probable cause for their arrest stood on extremely shaky ground, especially as related to the over-the-top charges Mosby brought.

However, Ms. Mosby, who’s been chastised more than once by the court for wrongs such as withholding evidence from the defense, moved forward with the case(s). And she did so after standing before a crowd of onlookers and TV cameras where she gave her “I heard your call for ‘no justice, no peace'” speech. A speech that could’ve and may have tainted a jury pool.

What many members of the public either don’t understand, or don’t care to bother with in this case, is that Mosby’s responsibility as a prosecutor is to follow the law, not to pander to a pitchfork and torch-carrying angry mob who seemingly seeks vengeance, not real justice. And a prosecutor/DA certainly should never base a prosecution on emotion.

Anyway, Judge Williams followed the law and found that yet again prosecutors failed to prove the actions of Lt. Rice’s rose to a criminal level, and that’s the key phrase—“criminal level.” Sure, these officers may have violated a department rule, but from I’ve seen they broke no laws and they certainly didn’t murder Gray.

Murder is the unlawful killing of a person, especially with malice aforethought. The definition of homicide encompasses ALL killings of human beings by other humans, and certain homicides are absolutely legal, such as a state execution or a killing in self defense. That’s right, if a man tried to murder you and you killed him in self defense, you have committed a homicide. But not murder.

And speaking of murder … Baton Rouge.

Three police officers were ambushed and fatally shot on Sunday by a gunman who, in a self-produced video said, ““One hundred percent of revolutions, of victims fighting their oppressors have been successful through fighting back, through bloodshed. Zero have been successful just over simply protesting. It doesn’t—it has never worked and it never will. You got to fight back. That’s the only way that a bully knows to quit.”

The cop-killer continued the rant with, “If y’all want to keep protesting do that, but for the serious ones, the real ones, the alpha ones, we know what it’s going to take. Revenue and blood. Revenue and blood. Nothing else … You’re in a world that’s ran by devils … A man knows either he kills his enemy or he dies (he was speaking of Africans throughout history) … Don’t ever give up.”

Louisiana State Police officials reported today that, based on their investigation, the murderer was targeting police and ambushed the responding officers.

There’s nothing to indicate that the shooter was involved with any of the current anti-police groups or movements, but he referenced the recent murders of Dallas police officers, and he mentioned the deaths of African-American men during encounters with police officers, including the July 5 death in Baton Rouge.

The three officers murdered by the now-deceased suspect are:

Another officer is remains in the hospital today where he is fighting for his life. I believe there are two others who were wounded as well.

Yes, the past weekend brought forth a ton of devastating news, some of which I won’t share publicly. So Denene and I headed out to our backyard where we knew we’d find a bit of peace and calm. And, as always, our backyard friends brought smiles to our faces—much-needed smiles in a time when all else seems just too doggone depressing.

Here’s a peek at some of the friends who visit us daily. I hope you enjoy meeting them.