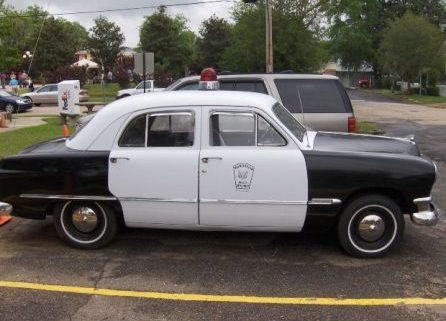 Police cars have come a long ways since the early days of the red “bubble gum machines” and fender mounted siren and light combinations. Even further back, 1899 to be precise, was the first police vehicle, an electric wagon in Akron, Ohio. Then came New York City’s Radio Motor Cars of the 1920’s.

But it was Ford who began mass producing cars with V8 engines, and the company soon captured the hearts of police departments all across the country. Their powerful engines and heavy-duty parts made the perfect combination to stand the wear and tear and abuse that came with police work.

Ford’s Crown Victoria Police Interceptor became the standard police car, and remained so, except for the  brief time when Chrysler ruled the roost, until Ford phased it out in 2011 in favor of the sleeker, lighter Ford Taurus Police Interceptor. I think it would be safe to say that nearly all police officers of a “certain age” have driven a Crown Vic at least once in their lifetime. Of course, nowadays, it is quite common to see officers behind the wheel of the powerfully fast Dodge Chargers.

But, Ford has recently announced a brand new safety feature on their Taurus Interceptors. The car is now able to protect officers in a way never before seen. 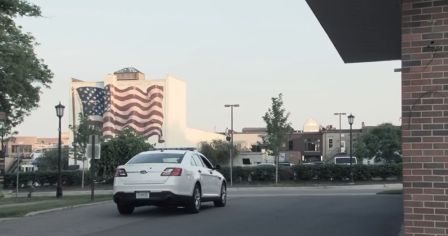 There has been an increase of ambush attacks on police officers, and one of their most vulnerable times is when parked and completing paperwork. As the officer is busy writing reports, using the data terminal, etc., her mind is preoccupied, focusing on the task at hand. Therefore, she’s not totally aware of her surroundings, especially when someone is approaching her vehicle from the rear. 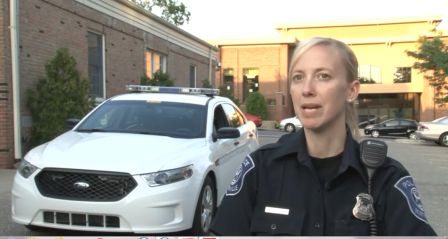 Well, Ford’s new surveillance system stands watch over the area behind the police vehicle, sounding a chime when it senses someone approaching. It automatically rolls up the windows, locks the car doors, and the backup camera projects a real time image of the area behind the car directly onto the rear-view mirror. That image is a large angle view so a person’s full body is visible. This allows the officers to see the hands of the approaching person. 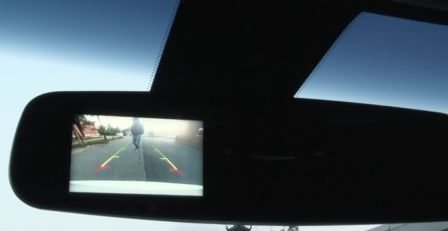 After reading about the Interceptor’s new safety option I couldn’t help but wonder had the system been installed on the MIT officer’s car, the officer who was murdered by the Boston bombers, if he’d be alive today. Certainly, the two killers approached the car from the rear, surprising the officer. What if the officer could’ve heard an alert chime? Or, if the windows rolled up and the doors locked automatically…would he be alive today? Unfortunately, we’ll never know.

What we do know is that this new system could prevent the same horrible incident from happening again. And that’s a good thing.

First, though, Ford, needs to correct the fuel tank leaks on the new Interceptors. The car manufacturer recalled 20,000 of the police vehicles just last month to correct a tiny problem that had a slight potential of causing a fire. Of course, if the buyers select Ford’s optional fire suppression system…

Followon TwitterSubscribeto RSS Feed
You Are Being Watched: You Can’t Hide From Prying Eyes