Prince died of an opioid overdose.

Fentanyl was the drug that killed the Purple Rain superstar.

Prince Rogers Nelson, who was in the process of seeking help for his chemical dependence, died as a drug addict.

There are people in this country who suffer from chronic and severe pain yet their doctors no longer prescribe narcotic pain killers because of the crackdown by the U.S. government on those drugs. Some doctors used to advise patients to not take an abundance of Ibuprofen because of the stomach issues associated with taking too much. So they prescribed drugs such as Vicodin to alleviate pain.

Doctors have the difficult task of managing effective pain management using drugs that easily cause addiction. It’s a darned if you do/darned if you don’t, catch-22 situation. And, with the government breathing down the necks of physicians, it’s become mostly a “you don’t” situation.

But, it seems as if patients with lots of money and fame, like Prince, are easily able to get their hands on prescription narcotics, such as Fentanyl and, of course, the doctor-prescribed propofol that took the life of Michael Jackson.

As with any profession, there are people who abuse their authority, and medicine is not exempt from bad people. So yes, unfortunately, there are indeed physicians who allow fame and greed to cloud their judgement, and it is those doctors who’ll open their prescription pads to the powerful and/or famous people under their care. With that said, I’m not saying that’s what happened in the case surrounding Prince’s death, but it’s possible. After all, he was an addict and the people around him knew this was so. It was no secret.

Fentanyl is a powerful but synthetic pain killer that’s far stronger than morphine. Ironically, though, it’s a schedule II drug, a step lower than marijuana on the DEA’s official list/schedule of dangerous drugs.

While used to manage and treat the pain of post-surgery patients and chronic sufferers, Fentanyl is also a popular street drug. For those users, the drug is often called names such as fent, China girl, dance fever, murder 8, and TNT.

Fifty times stronger than heroin, Fentanyl is a killer not totally unlike an armed assailant who targets a weak victim.

This killer drug is found both as a pharmaceutical and as a black-market drug. Users and addicts often mix Fentanyl with heroin for a more explosive experience. Some even squeeze the Fentanyl from prescription patches and then mix the extracted gel with heroin. Others place the patches into a microwave where they’re heated to the point that users are able to suck the melted Fentanyl directly into a syringe.

There are numerous methods of ingesting prescription fentanyl, including cutting the patches into thin strips and then placing those strips between the gums, lips, and cheeks. The absorption into the system is much like nicotine consumption when using the smokeless tobacco products that one places between the cheek and gum. There’s even a Fentanyl lollipop/lozenge available. One of the side effects of using the sugar-infused lollipops is dental decay, like that’s a major worry for addicts.

The above are comments made by opioid users I’ve encountered over the years. But there’s one that stuck in the front of my mind and it was said to me by a man named Jerome, who I found sitting on a bench outside a courtroom door. Jerome was an addict who was no stranger to the courtroom. With a few minutes to kill before my first case was called, I asked him why he continued to use a drug that was ruining his life and could eventually kill him. His lips split into a faint grin and then he said, “Imagine the most intense orgasm you’ve ever had, then multiply it a thousand times. That’s how it feels just as the stuff starts winding it’s way through your system. Then it really starts to get good. So yeah, that’s why I do it.”

Jerome wore an orange jumpsuit and handcuffs and ankle chains. He was nervous, scared, and he was an addict. He was also once a dear friend of mine. Our bond began when we were teammates on our school football squad. We were the meanest linebackers around and together we were practically unbeatable. In fact, it wasn’t unusual at all for an opposing team to go scoreless against us, and part of that success was due to Jerome’s and my (mostly Jerome) hard hits at the middle of the line, along with our regular sackings of quarterbacks.

Back in the day, Jerome was big and muscular and could run as fast as a frightened deer. He also carried a high GPA. The guy was smart, bright, and popular. He didn’t smoke, nor did he drink alcohol. And he was quite outspoken when he came to condemning drug use. He had hopes of getting out of the projects and attending the University of North Carolina, and possibly a career in the NFL.

My friend was a bit vain, though. He spent a lot of time grooming in front of mirrors. He carried an Afro pick in his back pocket and frequently pulled it out to work on his hair, and he was forever mopping and rubbing lotion on his arms and face until his molasses-colored skin shone like new money. His perfectly-aligned teeth gleamed like the white keys on a new Steinway. And, for a big, beefy and manly guy, he smelled a bit like lavender garnished with a hint of coconut.

There in the courthouse, though, Jerome appeared weak and sickly. He was rail thin and his complexion was muddy. The whites of his once bright eyes were the color of rotting lemons. His hands shook, and his teeth, the remaining ones, were plastered with black pits of rot and decay. His breath smelled like a week-old animal carcass. His fingernails were bitten to the quick, and his hair was dry, uncombed, had bits of lint and jail-blanket fuzz scattered throughout, and it was flat on one side like he’d been asleep for days without changing positions. He smelled like he’d not showered for at least a month.

I took a seat beside Jerome, with my gun side away from him, of course. He clasped his hands over his belly, stretched his gangly legs out in front of him, and he started talking, telling me about the first time he got high and about the last time he used, and he spoke about everything between. He told me about about the things he stole to support his habit and he told me about breaking into his own grandmother’s house to take a few of her most prized possession, things he traded to his dealer in exchange for drugs.

Jerome told me that he wasn’t gay. Despised having sex with men is what he said, but he did it for the high, even though he often vomited afterward when recalling what he’d done. But the drug was more important. It was THE most important thing in his life. 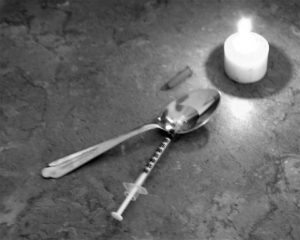 My high-school buddy’s habit cost him a thousand-dollars each day, seven days a week, unless he wasn’t able to produce the funds. Then he’d grow sick with the sickest feeling on earth. He’d hurt to his very core. Even his bones hurt. He’d sweat and he’d vomit … and vomit and vomit and vomit until the hurt in his gut was like someone was using a hundred power drills and another hundred jackhammers to assault his insides. His heart would slam against his chest wall like a sledgehammer pounding railroad stakes into hard-packed Georgia clay.

Unfortunately, Prince died because of that same ache. 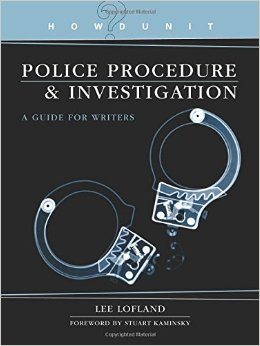 Top photo – A brick of fentanyl.

* Drug photos courtesy of the DEA.

Twenty Minutes of Action = A Lifetime of Horror
Scroll to top