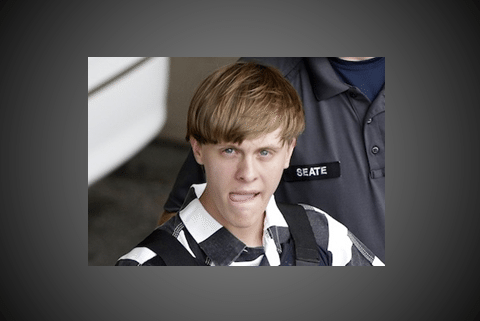 As is to be expected these days the media once again attempted to make something out of nothing, an attempt to pour even more fuel on the anti-cop flames. This time their hate-stirring weapon was a cheeseburger, and the headlines read something like this – Mere Hours After Killing Nine People Cops Treat White Suspect to Burger King Meal.

First of all, the police didn’t physically take the murderer to Burger King. Since their PD is not equipped to house and feed prisoners, an officer or detective picked up a burger and brought it back to the station where Roof was held in custody.

Roof had not been booked into a county or city jail where he would’ve received a meal (all prisoners must be fed), which is typically something quickly tossed together when a prisoner arrives after the normal meal times. One of those spur of the moment meals might consist of a cheese sandwich, an apple, and a juice box.

However, since Roof was not at a facility equipped for meal service, officers had to do the next best thing…take-out. It happens all the time. There’s nothing unusual about this “cheeseburger” event. Nothing at all.

Another example of fast food for prisoners is during long-distance transports that result from extraditions from one area to another. Officers routinely stop for burgers when making those trips and they sometimes feed their prisoners the same tasty cuisine unless, of course, the jail sends along a bag lunch. If, however, the trip lasts more than a day, well, it’s burger time.

Roof, though, was held at the station, in cuffs, while the officer went out for the food. Another reason this practice is not unusual is because by law police cannot deprive a suspect of food, water, and bathroom during intensive, hours-long interrogation/questioning. At the time Roof was held at the local police station, officers there were waiting for the FBI to assist with or take over the questioning and their prisoner, so the wait time was even longer than normal, and it was reported that Roof hadn’t eaten in quite a while. A couple of days even. Had the officers withheld food there’s a chance a defense attorney could’ve used that against the prosecution’s case, saying his client confessed because he was hungry and merely said what investigators wanted to hear in order to receive a meal.

Besides, food, drink, cigarettes, etc. are all used as tools by “good cops” when questioning suspects. It’s the officer playing the role of “bad cop” who might refuse to give the offender a smoke. I don’t smoke but used to keep a pack of cigarettes in my desk drawer in case a suspect asked for one during questioning. It’s an ice-breaking gesture that often loosens the tongue when nothing else seems to work. I’ve also purchased soft drinks and snack items for suspects during questioning. Doesn’t mean I liked doing it, but it’s a tool in the toolbox. And, if they’d been a while without a meal I saw to it they were fed. That’s just common decency.

Believe me, this meal for Roof was no cheeseburger in paradise.

Go Directly To Jail: A Walk With Me Inside The "Joint"
Scroll to top