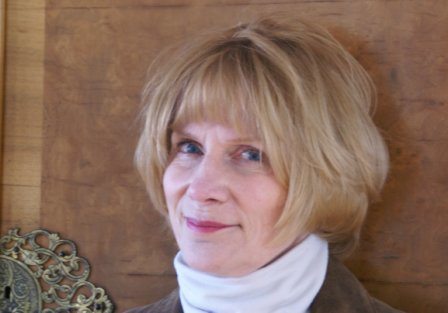 A Century of Female Cops

Just in time for the centennial commemoration of female police officers, historian Allan T. Duffin has published History in Blue: 160 Years of Women Police, Sheriffs, Detectives, and State Troopers (Kaplan). While there’s dispute over whether the first actual female police officer was Alice Stebbins Wells in 1910 in California or Aurora “Lola” Baldwin in 1908 in Oregon, it’s close enough to recognize the accomplishments of both. During this time, Duffin shows, there were movements in a number of large cities to expand the law enforcement functions of competent females.

While Francois Vidocq in Paris actually gave women their first shot when he employed them around 1811 as paid undercover operatives, America wasn’t quite as progressive. Right around the time when Edmond Locard was establishing the first private crime lab (also in France), America was reluctantly recognizing female police officers. However, this was thanks mostly to pressures from women’s organizations, not to men. It’s rather disheartening to see how frightened these supposedly brave men were of females entering their domain. They tripped them up in many different ways, ridiculing them, challenging them, undermining them, depriving them of needed equipment, limiting their range of powers, and even prohibiting training. However, this mean blue line is the single pathetic thread running through this otherwise enlightening tome.

The movement began when religious women entered penal institutions to offer comfort and religious training to female inmates. By the 1840s, the role had evolved into that of prison matrons, who took on the care of female, mentally ill, and juvenile prisoners. In 1893, police widow Marie Owens was given the title, “patrolman” although she never wore a uniform or walked a beat. Since pensions were nonexistent, this designation provided for her after her husband died. But things were changing. During the first decade of the twentieth century, self-empowering women’s groups exerted pressure to give females in law enforcement real duties.

Duffin, an adjunct professor of American history and a television producer, discusses their ongoing battle for equal rights and recognition. The subject grabbed his attention while working on a documentary about the first women in the Army’s MP corps. To his surprise, he found little beyond academic tomes about female cops and that, until about 1970, women comprised only about 1% of the entire police force. “More people need to read about this,” he thought.

He looks at the story from several angles, specifically assumptions made about male and female abilities. He also explores the tools and technology involved, and provides rare photographs of pioneers, such as NYC’s Mary Shanley, who intimidated pickpockets, and Captain Edna Pickton, who tested a bulletproof vest – by wearing it! There’s a great photo of women in long dresses and stylish hats going through weapons training.

Unfortunately, women had to repeatedly fight for the right to go on patrol, even if their capabilities were superior to males, simply because the men in charge did not believe them (or didn’t want to look foolish by hiring a woman). For example, in 1912 Lillie Williams, a dexterous bicyclist and motorcyclist with seven competition medals, applied to become the first female motorcycle cop. She could also ride a horse, swim, and fence. “I just want a chance to prove myself,” she said. She even offered to pay for her fuel. (Duffin fails to say whether she got her wish.)

Despite their skills and ambitions, most women allowed into police work were assigned the “morals beat.” They walked around looking for compromising situations, such as a sexually suggestive stage play or a place where young girls wore too much make-up. (Truly, policewomen had to compare girls going into restrooms at the Newark train station to what they looked like coming out, and tell them to go back and wash their faces.) They also acted as social workers.

However, there were dangers, to be sure. In one situation in Manhattan, Mary Hamilton was told to escort a delusional woman to her home. On the subway, the woman pulled a gun and declared that she would commit suicide right then and there, and would take Hamilton with her. Thinking fast, Hamilton agreed that dying was a good idea, but thought they should do it in a more appropriate place, with poison rather than a gun. The woman went along with her, which bought her time to get some help.

This same officer was also the butt of a hazing ritual which involved a corpse, but she turned it around and made a name for herself as a pioneer in fingerprinting. However, when she tried to fingerprint a gorilla as a publicity stunt, she paid a price.

Television shows in the 1980s played no small part in making female cops more socially acceptable. Cagney and Lacey was the first semi-realistic show, offered on CBS, although the show’s producers had to replace one actress with the more feminine Sharon Gless. As more shows featured female cops, they gained a harder edge and viewers accepted it. This exposure, along with some bestselling novels, helped to open doors for women who wanted to be cops.

Some agencies make a point to recruit and promote women, and there are now many more national and international organizations that educate and support them. Although female representation in law enforcement remains small, it has grown. A good way to celebrate would be to read a book like History in Blue and get acquainted with what woman in policing have accomplished.

Twelve policewomen graduate the L.A. academy in 1957. Their pay ranged from $440 – $516 per month. Each policewoman was issued a .38 caliber snub-nosed revolver and was promptly assigned to work as a jail matron, or to the juvenile detail.