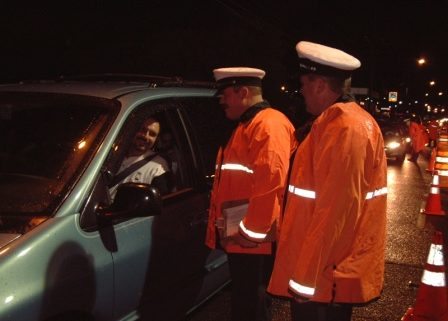 “Hey, Ralph, what’s up with all those flashing lights ahead?”

“I don’t know, Norton. Looks like a construction zone, or something.” Ralph leaned forward, straining to see through bloodshot eyes.

“Yep, it does. They’re never gonna finish the roads around here. Been working on ’em since Grant took Richmond.” Norton turned his head to the side and let out a belly-clearing belch.

“Hand me another beer. This one’s empty,” Ralph said, and then took a final puff off a non-filtered cigarette. He tilted his head back a bit and let the white smoke drift from both nostrils. Then he dropped what was left of the smoldering butt in the bottle, causing a slight sizzle when it hit the remaining foam at the bottom. He gripped the steering wheel with both hands, aiming the old Rambler between the two blurry white lines.

“Well, we gotta stop and get some more,” said Ralph. “I’ve barely got a buzz.”

“Me, too. I guess we’d better smoke another joint to keep it going,” Norton said.

“Fire it up. The night’s early and we’ve got places to go and ladies to see.”

“Quick, throw out the bottles. No, they’ll see that. Toss the empties under the seat. And stash the dope in the console. Don’t forget to hide the bong, too! And the papers. Hide the freakin’ papers.”

“Hey, Ralph. Whatever you do don’t blow in the machine. They can’t make you. That’s what my cousin Rocky said, and his wife’s brother’s a lawyer, so he knows.”

“Shhh…He’s asking me to roll down my window. Don’t say nothin’. Let me do the talking.”

“No, I don’t want to blow in the machine. I don’t think you can make me do that, right?”

“No, I can’t walk that white line. I broke both my legs a few years ago so my balance ain’t so good.”

“A fingerprint instead? Sure, take all ten. The toes, too, if you want.”

“Touch that little box? No problem.”

Easy money. I’ll be back on the road in two shakes of a weasel’s tail.

“Under arrest? What for? I ain’t been drinking…”

“For driving while under the influence of marijuana? But…”

“In my fingerprint! You’re kidding me, right?”

Ralph looked at his index finger, turning it over to inspect the ridges and whorls.

“My fingerprint?” he said as the officer clicked the cuffs in place. 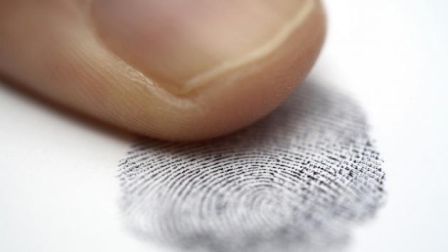 Yep, it’s a easy as that. Scientists at Intelligent Fingerprinting have developed a handheld device that can detect the breakdown products from drugs such as, cocaine, methadone, and marijuana. The machine applies gold nanoparticles coated with antibodies to a fingerprint, which then stick to antigens on specific metabolites. Fluorescent dyes attach to the antibodies and highlight the presence of any metabolites. And, in short, those metabolites contain traces of drugs, if any.

In the past, it’s been quite difficult to prove that someone is driving while under the influence of drugs (blood tests, usually). Now, with this new device, officers will be able to make that determination in the field, within minutes.