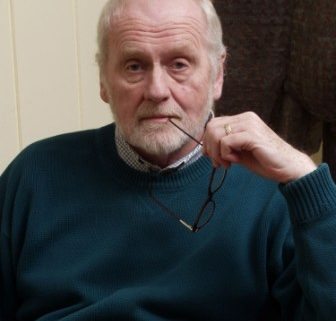 My novel, Experiment in Murder, the 26th book in the Margaret Truman Capital Crime series, was published in November 2012. Some reviewers have compared it to The Manchurian Candidate because it deals with the same subject as that chilling book and movie—mind control and the manipulation of certain vulnerable people to kill. While indisputably intriguing, it nevertheless prompts the question: Is what occurs in each book scientifically valid?

I assure you that it is.

My involvement with mind control and the use of hypnosis began in 1973 with my friend, Long John Nebel, then the king of late-night talk radio in NYC. In 1972 he’d married Candy Jones, a famed WWII pinup and one of America’s most well-known models. I was speaking with her at the wedding reception when a strange thing happened. The woman I was talking to suddenly became a different person. Her voice lowered, and her expression changed. I was taken aback by the experience but went on to other conversations and forgot about it. 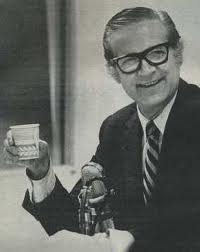 A few months later a distraught Nebel called and asked me to come to their Manhattan apartment. According to Nebel, what I had experienced at the reception was taking place with regularity. Candy kept shifting into that other personality. Nebel told me that her alter-ego even had a name: Arlene Grant. John, who was fascinated with hypnosis and devoted some of his shows to it, began taping Candy when these unsettling shifts in personality occurred. He played me some of the tapes. What I heard was provocative, to say the least. Candy would suddenly morph from being sweet and loving into a hard, sarcastic other woman, challenging everything John said, and at times reliving past portions of her life from before she met him. There were also moments on the tapes when those previous episodes in her life hinted at government involvement, particularly the CIA and two physicians known to have had connections with that agency’s well-documented experimental programs using drugs and hypnosis to manipulate people.

That meeting in John Nebel’s apartment launched me on a year-long quest into the world of medical hypnosis and the phenomena of multiple personality, and how they can be used for both good and evil.

Over the course of the next year I listened to hundreds of hours of tapes John had recorded of Candy when she fell into an involuntary trance state. I attended myriad medical conferences around the country learning everything I could about the power of hypnosis and how it could, when skillfully practiced on the right subject, cause the subject to bend to the hypnotist’s will, including becoming an assassin. It was an eye-opening journey that resulted in the book The Control of Candy Jones (later reissued as The CIA’s Control of Candy Jones). And it is the science of mind control that is at the heart of Experiment in Murder. 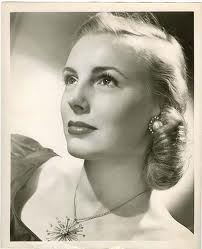 Mind control is not science fiction. It has been clinically proved by top psychiatrists and psychologists over many decades. Dr. Herbert Spiegel, arguably the world’s leading expert in the use of hypnosis in medicine, was a close friend of John Nebel and became mine as well. His groundbreaking work in measuring each individual’s ability to be hypnotized—which he called the Hypnotic Induction Profile (HIP)—identifies those who are most easily led into the trance state. The HIP scale runs from one to five, with five representing those rare individuals who not only are easily hypnotized and manipulated, but who enter into involuntary trance states many times a day. Spiegel used the names of mythical Greek figures for labeling the three basic types of personalities and their relative capacity to enter hypnotic trance. Dionysians are most easily hypnotizable and tend to respond more to their emotions when making a decision. Apollonians are least easy to hypnotize; they apply more cognition to decision-making than Dionysians. And Odysseans fall into the middle range, which includes most of us. There are very few “fives” in the population. They’re almost freakish in their capacity to enter trance. Candy Jones was one of these “freaks.” She was the perfect subject for anyone wishing to prove that it’s possible to use hypnosis to create the perfect assassin, someone who pulls the trigger while in a trance and has no memory of having done so, or of who implanted the instruction to kill.

Candy Jones was one of many unsuspecting Americans used as guinea pigs in the CIA’s infamous series of mind control experiments going back to the “Cold War” days when our government feared that the Soviet Union was in the forefront of creating assassins through the use of drugs and hypnosis. The experimentation on her was conducted by two physicians she’d gotten to know while using her fame in the 1940s to sell war bonds. She wore her patriotism on her sleeve, and it wasn’t difficult to entice her into what seemed like innocuous sessions with these doctors over the course of many years. The goal in Candy’s case wasn’t to turn her into an assassin. She was the subject of the theory that with the right subject, and with skilled hypnotists, someone—in this case Candy Jones—could be trained to become the perfect courier, carrying sensitive messages without knowing that they were, and programmed to reveal those messages only when given the right password. Should the enemy intercept such a courier it would be impossible to force her to reveal the messages she carried, no matter how severe the interrogation and/or torture.

This manipulation of Candy resulted in a hellish scenario for John Nebel and his wife. I was a witness to much of it. The non-fiction book I wrote about her experience, The Control of Candy Jones, was published to great controversy. In Experiment in Murder I wrapped the science into a thriller with fictitious characters. But the message is the same. There are individuals who are born with the capacity to easily enter trance, and who are vulnerable to manipulation. This susceptibility is hard-wired in them at birth. It is also common for those on the high end of Herb Spiegel’s HIP scale to have multiple personalities. 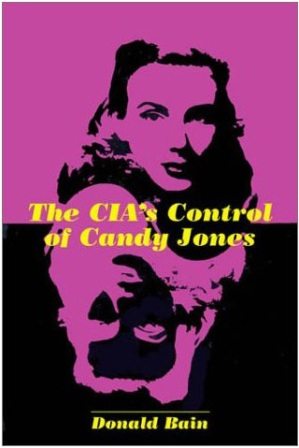 In clinical use hypnosis can be a powerful and positive tool to help overcome addictions, allay fears, and in general benefit patients. But in the wrong hands, access to the easily hypnotized can result in advancing evil intentions.

20th Century Fox purchased the film rights as a vehicle for Jane Fonda. The studio commissioned three screenplays from top screenwriters. The film was never made. I attempted on numerous occasions to buy back the rights, including paying the cost of those screenplays. A dozen other producers have tried to purchase the rights from Fox to no avail. If I were paranoid, I’d consider nefarious reasons for the film never having been made.

The science of mind control, as I described it in Experiment in Murder, might have been used with Sirhan Sirhan, RFK’s assassin. Do I have probative evidence of this? No. But there are a lot of tangential bits of information that I uncovered during my years of research that make it a possibility worthy of further exploration. And, of course, James Earl Ray, Martin Luther King’s killer, was known to have been hypnotized in Los Angeles two months prior to murdering the civil rights leader in Memphis. Did hypnosis and mind control play a role in both those assassinations? Possibly. The salient point is that the science exists that makes such scenarios possible and has been the subject of multiple government-funded experiments since the 1950s.

Mind control is real. Very real. It’s too complicated a subject to explain in this short blog, but is analyzed in-depth in The Control of Candy Jones, and in Experiment in Murder. Given the right subject, and a skilled manipulator, anything is possible—including creating the perfect courier or assassin. 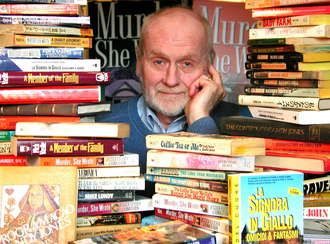 Donald Bain is the author/ghostwriter of over 115 books, including the best-selling “Murder, She Wrote” series of 39 mysteries, and the latest edition in Margaret Truman’s Capital Crimes series, Experiment in Murder. His 1960’s airline romp, Coffee, Tea or Me? sold more 5-million copies worldwide, and was reissued by Penguin as a “comedy classic.” His autobiography, Murder HE Wrote: A Successful Writer’s Life, was published in 2006 (Purdue University Press). Don is a member of the International Association of Media Tie-In Writers, the Mystery Writers of America, the National Academy of Television Arts & Science, and the Authors Guild. His wife, Renee Paley-Bain, collaborates with him on the “Murder, She Wrote” books.

Southland: Bleed Out – A Cop’s Eye Review
Scroll to top