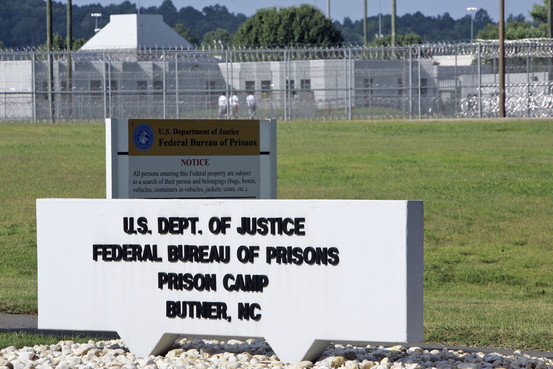 Federal prison differs quite a bit from the state-run big houses. Sure, the goal is the same, to lock up bad guys. But take a walk through each and you’d quickly see just how different they really are. For starters, federal prisons are normally super clean. Yep, they’re so darn clean you could eat off the floors, if you’re into that sort of thing. State prisons, well, not so clean. In fact, many of them are downright filthy. Of course, there are exceptions, so please don’t write me a nasty note telling me how you have the prisoners spit-shine your facility each and every day. Hmm… spit-shining. That’s probably what ol’ Bernie Madoff is doing at the facility next to the one pictured above. 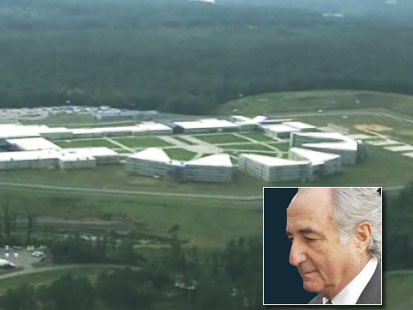 Bernie’s retirement home, the medium security federal prison in Butner, N.C. Is it my imagination, or is the prison nestled into a heart-shaped plot of land? That’s so touching.

Here are are some other interesting facts about federal prison:

– The Butner federal prison complex is actually comprised of several separate prisons, a low, a medium, a medium II, a prison medical unit (hospital), and a satellite prison camp. Inmates at the camp take care of most of the outside maintenance at the other facilities.

Inside the FCI-Medium at Butner. The building to the right is the library, classrooms, medical unit, and others. Inmates handle the landscaping.

FCI-Mediim II. This is where Madoff currently resides.

– At the beginning of the 1990’s, the federal prison population was less than 60,000. The government then started the war against drugs campaign. Now, there are approximately 209,000 inmates are incarcerated in federal prisons.

– 94% of the federal  prison population is male.

– 56% of the federal inmate population is white.

– Approximately 70% of the federal prison population is serving a sentence of 5-10 years or higher.

– 52% of the federal prison population is serving time for drug offenses.

– Less than 11% of the federal prison population is serving time for white collar crime.

– Federal inmate telephone calls are normally limited to 300 minutes per month. The limit is sometimes raised during holiday seasons.

– Inmates are not allowed to possess any type of personal clothing. Only gray (sweats), white, or prison issued khaki-type clothing may be worn.

– Inmates may only possess 5 pairs of prison-purchased shoes, including slippers and shower thongs.

– Inmates may possess only one watch (valued at less than $100) and one radio (walkman-type).

– Inmates are allowed only 25 photos, including those of family members. Nude photographs are not permitted.

– Packages from home are not allowed, with the exception of clothing worn at the time of the prisoner’s release. That clothing will be kept in prison storage until release day.