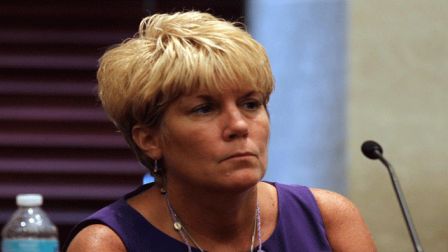 Just when I thought the Casey Anthony murder trial had hit the top limits of the Bizarrometer, Cindy Anthony’s testimony on Thursday added a new dimension to the amount of weird we’ve seen to date. This case has me wondering what sort of response a writer would receive from an agent or editor if they submitted a tale as wacky as this one. I’m thinking an editor would possibly find the story unbelievable and send it back for revisions, if they didn’t totally reject the book. And that’s exactly what I hope the jury in this case will do, reject most of the nonsense we’ve heard from the defense in this case. But that nonsense might be a stroke of genius. After all, if you throw enough crap against the wall, eventually some of it will stick. And so far, Jose Baez is crap-tossing like a crazed monkey. 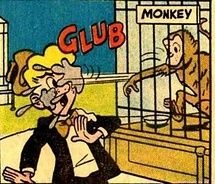 Apparently, Cindy Anthony was on some sort of medication in 2009 that conveniently wiped her selective memory clean. Sure, she could remember Casey’s exact movements and words during that time, but was unable to recall, during depositions, that she herself had Googled the word chloroform over 80 times from her home computer. At the time, she’d also Googled terms like chest injury and internal bleeding. But she hadn’t remembered searching for those words either. I’m a little curious, though, why a nurse would need to Google the injury terms. Aren’t those subjects covered in nursing school? 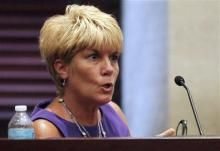 And all this brings us to Cindy’s Thursday testimony, which was a bit of a jaw-dropper. The mom of the accused murderer said that her memory was better now since she switched medication, and that she now clearly recalls using the computer in her home to look up chloroform and those injuries she knew nothing about during her sworn testimony at deposition. And, suddenly, she recalled stains on the carpet in the trunk of Casey’s car. Stains that were already present when they purchased the car. Conveniently, these are the stains examined by experts who testified were caused by human decomposition. Chloroform was also present in that section of carpet.

But remember, class. Dr. Wise testified that chloroform evaporates quite rapidly. Yet, it was the number 1 chemical found in the carpet. And there’s a snowball’s chance in…well, you know where, that chloroform would still be present in that car after all this time (since they purchased it). Nope, the chemical most likely contacted that carpet AFTER the Anthonys bought the car. Why it was there…who knows for sure?

Where Ms. Anthony’s story really begins to bug me is when the prosecution asked how she could have been using her home computer when her work record indicates that she was in her office working, not at home, during the time of the internet searches. The Anthony matriarch blew that one off by saying it was common for her supervisor to fill out her time cards incorrectly. Why does everyone in this family blame others for their actions? Are they all psychopaths? Or, are they each really good actors? OR…is the truth really this convoluted and disorderly?

But, when the rubber hits the road, I sort of blame the judge for this entire mess. He never should have allowed Casey’s parents to sit in the courtroom during the trial. They should have been made to wait outside like all witnesses. Now, they can (I’m not saying they are) sway their story and testimony in a direction that would help their daughter avoid the death penalty and maybe even help set her free. And it would be an easy task since they’ve heard every single bit of evidence presented so far. 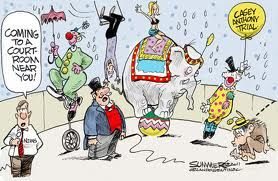 I’m really hoping the jury is watching and listening to this display of selective memory. And I hope they’re watching closely, with popcorn, peanuts, and Crackerjacks in hand. Because this is becoming one hell of a circus. 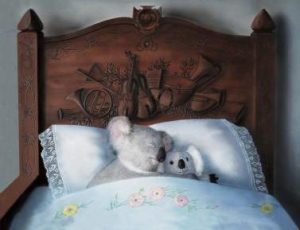 Yes, the posting of this article means there are no officer deaths to report this week. Stay safe, guys. And wear your vests. There’s someone who needs to be tucked in when you get home.

"Nature" Is What We See
Scroll to top