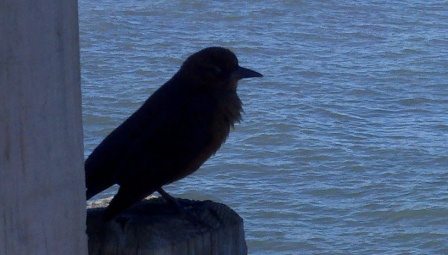 It was Labor Day weekend when we decided to leave our peaceful island to visit family several hours away. As always, it was nice to catch up on old times, and to talk about the new things in our lives. Still, thoughts of returning to the peace and quiet that comes with living in a friendly, quiet coastal community were on my mind. Sand, surf, and even the local pesky alligators seemed to be calling my name.

Our tiny neighborhood (the island is only one mile wide and one-and-a-half miles long), is one of those with a community building where neighbors congregate for spaghetti dinners, yoga classes, and other activities, and nearly every resident there knows their neighbors by name. It’s a nice place with very nice houses featuring boat docks and piers. Nearly every driveway is home to a boat or jet skis. Most of the residences have some sort of water view. Some even have views from the front and back doors. It’s also an extremely safe place to live. We have no crime. None.

So, it was quite the surprise when we returned home to the news that a body had been discovered in a garage almost a stone’s throw from where we live (can’t be but so far away on a small island, right?). Even more surprising, though, was the rapidly developing news regarding the murder suspect and his accomplice. 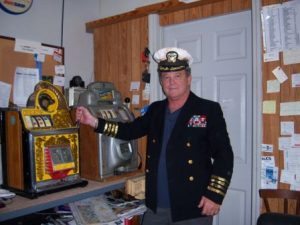 A 911 call from a frantic woman who claimed to have discovered a dead body is what sent the Savannah Metro Islands Precinct into action. And, within minutes, details of a bizarre murder began to unfold.

When police arrived at the residence reported by the witness, they saw what appeared to be dried blood that had seeped onto the driveway from beneath the roll-up garage door. So, as all good cops do when they spot blood oozing from beneath a locked door, they broke in. And, as reported, they found the body of 64-year-old Thomas Phelps lying on the concrete floor. Someone had inflicted multiple wounds to his face and abdomen. Investigators immediately obtained search warrants for the entire residence.

Who could have committed such a brutal murder? Better still…why?

Well, police didn’t have to go far to find answers to their questions. Not at all. Phelps’ wife and teenage son, Preston, also lived in the home. So, first things first. Why had Mrs. Phelps and Preston not reported the death of their loved one? Hmm…(I can picture a big ‘ol HMM… loudly passing through the lead detective’s mind). 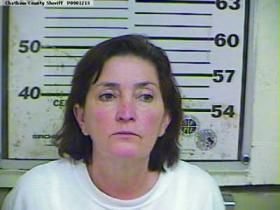 For starters, Judith Phelps, 53, was charged with concealing a death, making false statements to police, tampering with evidence, and hindering the apprehension of a felon. Who was she protecting? Yep, you guessed it…14-year-old Preston Phelps. The boy had brutally murdered his own father, and, together with his loving mother, they attempted to conceal the horrendous crime. Ironically, it was Judith Phelps’ own sister who’d entered the house to check on her when she saw the body of her brother-in-law lying on the garage floor.

According to a police report, Judith Phelps’ sister said the body was butchered and that his fingers were cut off.

Preston Phelps has been charged, as an adult, with the murder of his father, Thomas Phelps. The youth is currently being held in a detention center under no bond status. The boy’s uncle says Preston was not abused and was not an abuser. He added that Preston was a happy kid, so the murder came out of nowhere.

Preston Phelps’ Facebook page reveals no hidden secrets. He seemed to be a normal kid with “likes” indicating he enjoyed sports, Ozzy Osborn, and Harry Potter books. His list of favorite movies included “Toy Story” and “Finding Nemo.” Family Guy and NCIS are among the list of his favorite TV shows.

His father is not listed as one of his “friends.”

Thomas Phelps had only one family member listed on his Facebook page, Preston. And it is the status of that listing that’s a bit “odd” considering the recent circumstances.

*Judith Phelps has also been denied bond. Preliminary hearings are set for September 27, 2012.