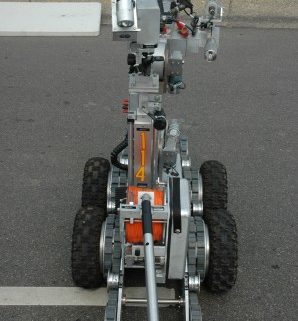 The remote controlled Andros F-6 robot has the capability to stand tall at 6 feet 5 inches. It can also squat to a compact three-feet. The 500 – 800lb robot can be equipped with attachments to suit the needs of its department. Some of the available attachments and devices are: water pistols for breaking apart explosive devices, gripper arms, video cameras, shotguns, and microphones. 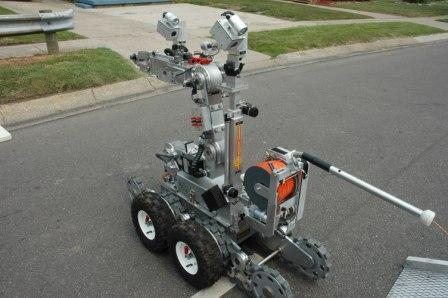 Special tires and tracks enable the robots to travel across almost all terrains, such as sand and mud. Some robots are even narrow enough to travel along airplane aisles. They can even climb stairs. 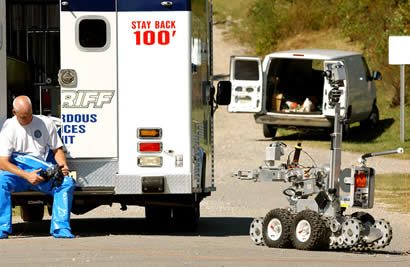 Robots can be equipped to detect the presence of hazardous chemicals. 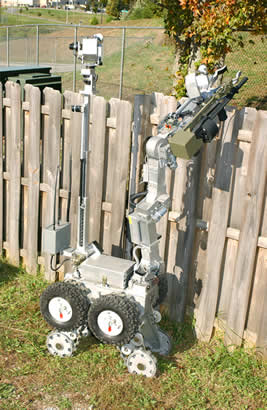 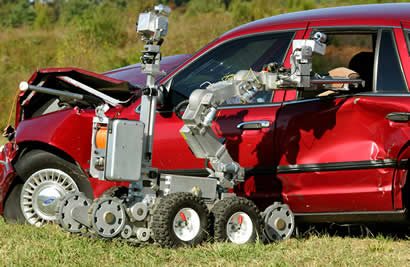 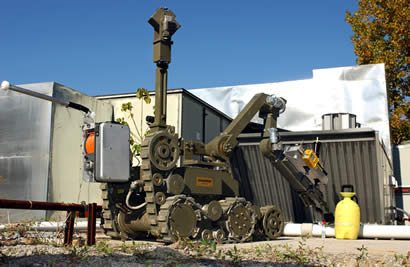 Robots can be used for handling dangerous chemicals. 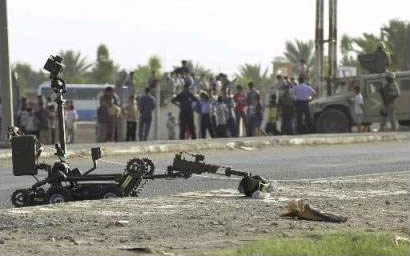 Friday’s Heroes: Killed In The Line Of Duty
Scroll to top