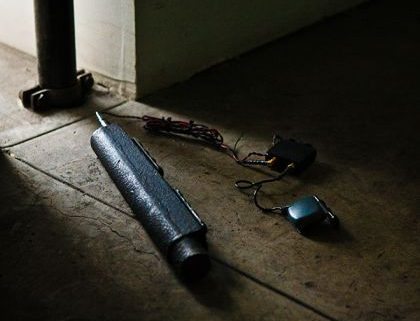 Have you noticed an increased police presence wherever you go? You know what I mean. No matter where you turn, park, or travel, there seems to be a police car at every corner. Make you nervous? Well, you should be, Mr. Serial Killer, because there’s probably a tracking device attached to your car.

Tracking devices like the FBI’s “Bumper Beeper” pictured above, or the cop’s good old stand-by, the Bird Dog, are used by law enforcement officers who have a real need to know where their crooks are at all times. Yes, sometimes it’s beneficial to know where the targeted bad guys are going, who they’re talking to, and when they’re doing whatever it is they do—24 hours a day, 7 days a week, 365 days a year. 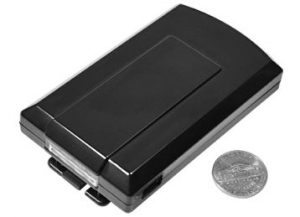 The devices are simple, actually. A transmitter magnetically attached to the target vehicle sends a signal back to a receiver that’s monitored by the police. The units are battery powered, usually up to 120 hours on a single charge. Some units contain in-housing batteries while others, like the Bumper Beeper (not the actual name), are powered by a magnetic, cylindrical battery tube attached to the vehicle frame in a location near the transmitter. 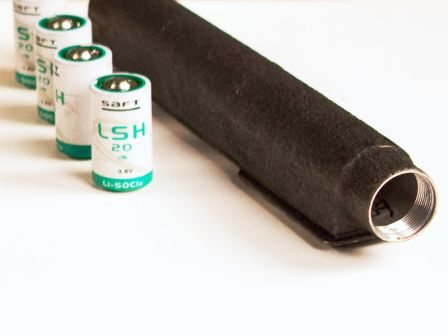 Installation of these devices is easy—sneak into someone’s driveway during a dark night and stick the device to a vehicle’s metal frame, quietly crawl away from the car until you reach the end of the driveway, and then run like crazy back to your police car that’s parked on the next block. Then, you, out of breath and wheezing like an antique pump organ, and your partner giggle like a couple of school kids about how silly you looked creeping around the neighborhood like a Peeping Tom. 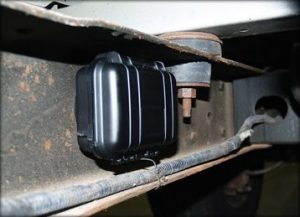 Bird Dog transmitter (inside a water resistant case) attached to the frame of an automobile. 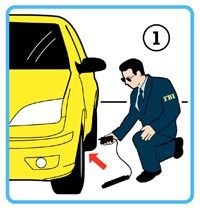 Law enforcement secretly installs the tracking device on a target’s car. Some models are hidden in the engine compartment and wired to the car battery. Others are slapped to the undercarriage with industrial-strength magnets. 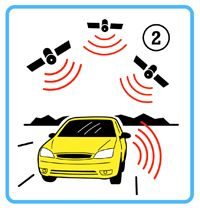 As the target drives around, the tracking device triangulates its position from three or four GPS satellites, and digitally transmits its coordinates continuously by radio. 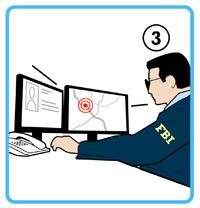 The law enforcement agency receives the coordinates and displays the target’s location in real time on a computerized map, keeping a record of the target’s movement. Illustration: Mitsu Overstreet/Wired.com

In the old days, a portable receiver was mounted inside a police car. This allowed the officers to track their target vehicle by staring at a screen displaying a tiny white ball (remember the old Atari Pong game) that represented the bad guy’s car. An accompanying BEEP (the same Pong sound) was heard every few seconds, The BEEP grew louder and faster as the officer grew closer to the crooks. It was a mind-numbing adventure, but it worked just fine. And it was a lot of fun the first few times you used the thing.

Today, officers can track in real time using GPS technology, if they have access to the equipment. No longer do they have to drive all over the city, hoping to get close enough to the target to allow the equipment to work. Now detectives can sit in their office and monitor a bad guy’s precise movements in real time. 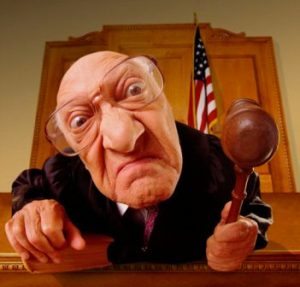 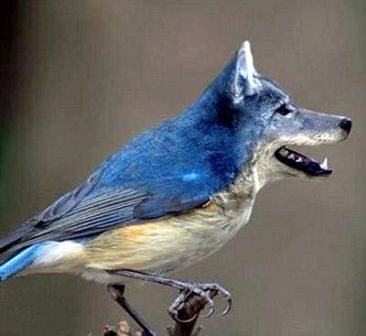 I know many of you are fiction writers, so please get this image out of your head. This is not the Bird Dog I’m writing about today.

Followon TwitterSubscribeto RSS Feed
Castle: ‘Til Death Do Us Part – A Review

Torture, Or Justified Use Of Restraint And Force?
Scroll to top