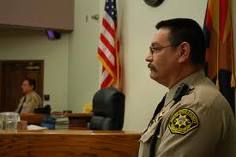 We’ve all seen the deputies who guard the courtroom. They’re highly visible and they’re there to protect everyone from potential harm. Sure, they keep a watchful eye on spectators and defendants for any potential escape attempts. They also watch the victim’s family members for any sign of violence against the defendant.

But what we see in the courtroom—stern faces, sharply creased uniforms, and holstered weapons—are just the tip of the iceberg. Behind the solid oak door at the rear of the courtroom is a well-oiled security machine with wheels that begin to turn long before the first juror is seated. Actually, security procedures for the day’s trial begin before the judge, jury, and witnesses sit down to breakfast. And many security measures have been in place for months, maybe years.

Courtroom security is more than just watching prisoners inside the actual room where the trial is held. It starts with things like landscaping around the building and parking areas. Plantings and hardscapes must allow an unobstructed view and no potential hiding spots for snipers and others who may assist in an escape attempt during times of inmate and witness movement.

Outdoor lighting must be adequate, and prevent areas of darkness and shadow. Those yellow posts sticking up through the sidewalks and pavement? They’re in place to prevent a driver from rushing the building or people. The barriers also prevent vehicles from getting too close to the facility.

Windows and doors are equipped with a shatter resistant film between the layers of glass. As a means of even greater protection,  some lower floor windows may be fitted with bullet-resistant glass. Doors are tamper proof and are connected to alarm systems.

Judges have panic buttons hidden on their benches. The alarm sounds in manned stations within the courthouse and in police departments. Help is on the way in an instant. Designated parking areas for judges and other court employees is a standard. The same is true for police and inmate transport vehicles. Any unauthorized vehicle in those areas is cause for concern and would require immediate investigation. 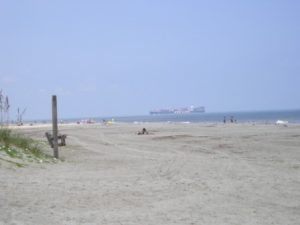 To further prevent breaches of security, the public is not permitted in any unauthorized areas of the court buildings. There are jail facilities located in court buildings where prisoners are held until the time of their trial. There are also secure areas for weapons and other sensitive material.

Inmates are awakened, fed, and dressed long before the courtroom is open. All prisoners with hearings on a given day are transported to the courthouse holding cells where they’ll each remain until the last trial of the day. While there, they must receive meals, bathroom facilities, etc. for the duration of their time in the courthouse, which could be many hours. A jail officer(s) oversees the operation. Inmate movement is conducted through special hallways or passageways not accessible to the public.

In most areas, the duty of courtroom security falls on the sheriff of that particular jurisdiction. Therefore deputy sheriffs in charge of courtroom security receive specialized training. Their duties are specific to the courtroom and inmate transportation. It’s a tough and dangerous job, a job with duties many people never see.

Don’t forget to join me over at interview at CriminalJusticePrograms.com for my take the realities of working in law enforcement.