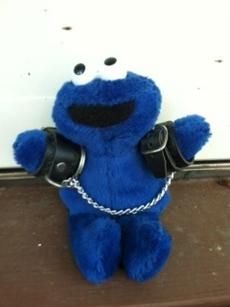 Harrison “Marty” Graham was evicted from his apartment on a sweltering August day in 1987, due to obnoxious odors. Inside, the police found the remains of seven women. Graham, 28, first stated that the bodies had been there when he moved in, but then he confessed to having strangled them all … accidentally.

The first officer to arrive bent down to a keyhole and saw a black woman’s naked legs. He knocked and announced himself. With an investigator from the Medical Examiner’s Office, he forced the door and entered the fetid room.

The nude female, on a mattress, was deceased. She’d been dead for some time. Next to mattress, on a pile of trash, was another female corpse.

A homicide detective joined the search team. Around 3:45 PM, they turned up a third set of remains, wrapped in two sheets and buried under the debris beneath the second body. These were nearly skeletal, but had shreds of clothing. Less than two hours later, the searchers turned up a fourth set of mummified remains inside some sheets.

The fifth body was found around 5:30, pulled out of another area of debris, but the peculiar detail about this one was that he or she (they couldn’t tell) had been sandwiched between two mattresses. The searchers wondered if the evicted tenant had actually slept on the top mattress with the victim underneath, like a dried flower smashed between pages of a book.

It appeared as though the tenant had resided in one room and had kept the adjoining room as his own private mausoleum. Another two hours went by before a sixth body was located crammed inside a tiny six-inch deep closet, sitting up, wrapped in a sheet and tied with white electrical cord. Another decomposed body was found outside the window, on the roof.

The search was on for the evicted tenant. When he left, Graham had taken a water bottle, some items of clothing and his raggedy blue Cookie Monster.

Investigators learned that Graham was known to take long walks and play basketball with local kids. He liked to entertain them with his Cookie Monster. Other neighbors said he was a loner, but when he got drunk he’d act a “little crazy.” He talked to his puppet all the time.

Graham was arrested on the streets. He finally confessed to killing the women found in his apartment, but was hazy on the details. He’d accidentally killed them during sex, he admitted, under the influence of drugs. He was full of remorse.

Eventually, he went to trial. Among the seized evidence was his Cookie Monster puppet, which he asked to have back. “I sleep with that,” he said. But the puppet remained in evidence.

Defense attorney Joel Moldovsky had prepared well for his client: it wasn’t just insanity, he said, these acts had been due to Graham’s multiple personality disorder. Harrison Frank Graham, Jr. was presented as having three distinct personalities. “Frank” was a foul-mouthed drug addict and murderer; “Junior” was an unmanageable two-year-old who adored the Cookie Monster, and “Marty” was the likeable handyman who had complied with the police.

Graham chose to have the judge decide his case. Apparently his attorney and his mother had convinced him that the graphic evidence would strongly offend a jury.

The prosecutor offered some powerful witnesses. Two women said they’d lived with Graham and survived, but just barely. One testified that during sex he would place his hands around her throat and squeeze. Several times she’d thought he was killing her. He’d told her, she said, that he’d killed one of his former girlfriends in anger.

The second witness confirmed that Graham had confessed to this killing. He’d also threatened her with a machete.

Moldovsky asked this witness to pull the crusty Cookie Monster puppet out of a bag of items. She did not want to touch it, but she did admit that he’d chatted with it every day that she’d lived with him

A psychiatrist for the defense said that since Graham had said he could not recall the first five murders, it was not possible to judge his mental state at the time of those crimes. However, during the last two incidents, he’d hallucinated the voices of both God and the devil. Thus, he had been psychotic.

Nevertheless, the judge found Graham guilty on all counts of first-degree murder and abuse of a corpse. Graham just blinked and shook his head. Moldovsky later told reporters, “I assume he knows he was found guilty, but I’m not sure.” Graham asked to have his Cookie Monster back.

The sentences were a mix of both life without parole and death. In an unusual move, the judge decided that Graham should not to be executed until after he’d served the life sentence. Moldovsky found this ruling to be “Solomonic” and compassionate. It meant that Graham had received a life sentence without the possibility of parole.

However, his sentence went through a round of unusual challenges until the death sentences were vacated in 2003, due to his low IQ and indicators of early-onset mental illness. He was considered not competent to be executed.

Behind bars, he became an ordained minister.