Cecil spends most of his time thinking about that day, wondering what he and Wilbur could’ve done differently. He doesn’t remember pulling the trigger. Nor does he understand why time seemed to slow down when the bullets started flying.

He can’t sleep and sometimes he even cries for no reason. He’s losing weight—no appetite—and he doesn’t enjoy spending time with his family. Actually, he doesn’t care all that much about seeing them or knowing what they’re doing. His headaches are getting worse, and now he’s started vomiting several times a day. At first, he thought about the dead guy all day every day. 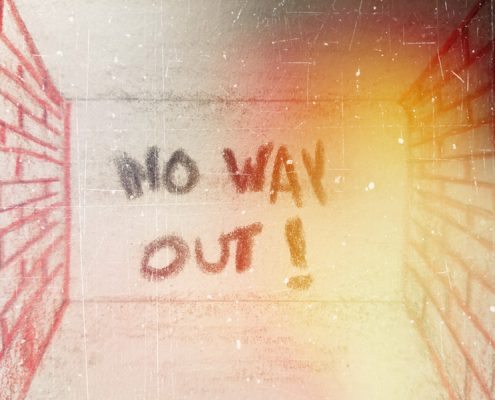 Now, though, the dead guy lives inside his head, clawing at the inside of his skull. He wants out but Cecil doesn’t know how to help him.

When Cecil closes his eyes he smells the dead guy’s sweat and blood. And the guilt …  Self-condemnation is eating at Cecil’s nerves, one at a time. Plucking them like banjo strings. Why must it be like this, he wonders? After all, the kid fired his gun first.

But the worst thing—the worst of all—is that his fellow officers are avoiding him, talking about him behind his back. And he sees the way the brass looks at him. He’s expecting to be fired at any time. And there’s the possibility of a criminal trial. They say the shoot was justified, but now Cecil’s not so sure. In fact, he’s not sure about anything. Well, except that he’d like to be dead.

He feels helpless, and alone …

It’s been over two weeks since Cecil and Wilbur were in the shootout with the kid who robbed the liquor store over on 37th Street. And Cecil’s not handling the situation very well. Wilbur, on the other hand, seems to be coping quite nicely. So he goes to visit will Cecil, hoping to cheer him up.

The two veteran cops sit at Cecil’s chipped Formica-topped kitchen table, the one with the rusted chrome legs. Cecil absent-mindedly uses a spoon to swirl his coffee around in an over-sized ceramic mug. He looks like hell—bloodshot eyes, cheeks sagging, and the corners of his mouth fixed in an upside-down smile. His hair even looks dull, and grayer by two shades.

“How do you do it, Wilbur? Doesn’t it bother you?” said Cecil without making eye contact.

Wilbur leaned back, balancing his chair on its two rear legs. “Sure, it does. It’s definitely not a good feeling knowing we killed someone. But, honestly, I’m just happier’n a pig eatin’ slop that I’m alive. And I’m glad that I practiced shooting all those years. We could shoot and he couldn’t. It is what it is and I’d do it again tomorrow if I had to.” 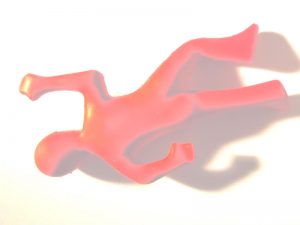 Cecil sighed, still stirring his coffee. The spoon made tinkling noises as it touched the sides of the mug. “Something must be wrong with me, then. “Cause I’m wishing it’d been me instead of him.”

“You can’t think like that, partner. We had a job to do and we did it. Nothing more, nothing less. One less worthless mouth to feed in prison, you ask me.”

Cecil looks up. Tears are streaming down his face. He feels like he’s going to throw up, so he covers his mouth with one hand, the one he’d been using to stir the coffee. The other hand is resting in his lap, beneath the table, clutching his service weapon. The skin on his knuckles is taut. His index finger is easing toward the trigger. Sweat droplets dot the space on his forehead between his bushy eyebrows and hairline.

There’s no other way. 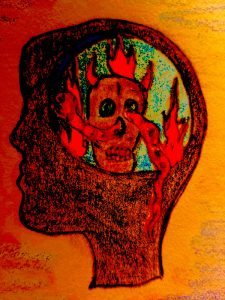 The monster inside his head … well, Cecil has lost the fight.

Like Cecil and Wilbur, no two officers experience identical post-shooting reactions. But what are some of the more common reactions? Well, lets start with the shooting itself. During the gunfire, many officers experience sensory distortions, such as slow or fast motion and muted or distorted sounds.

After a shooting, like Cecil, many officers experience trouble sleeping, nightmares, anxiety, fatigue, headaches, crying spells, loss of appetite, nausea, sadness, fear, feelings of worthlessness, reliving the incident on a non-stop loop, or they cannot remember parts of the incident. Some officers have actually fired at a suspect and never realized they’d pulled the trigger until their weapons were checked by authorities (all weapons and rounds should be checked and accounted for following any officer-involved shooting).

It is extremely important for police agencies to train their officers about what to expect during and after a shooting. Teaching survival is important, but good mental health is equally important.

Finally, it’s sometimes a good idea to employ a third-party counselor to assist with the debriefing sessions, because officers may feel that a department counselor would not be impartial and side with the agency in court or during a departmental disciplinary hearing.

BUT … no matter what, officers should ALWAYS seek some sort of counseling following a shooting event. Sure, you may feel fine today, but you never know when the dead guy may show up for a visit.

4/20 Day: Are You Celebrating?
Scroll to top