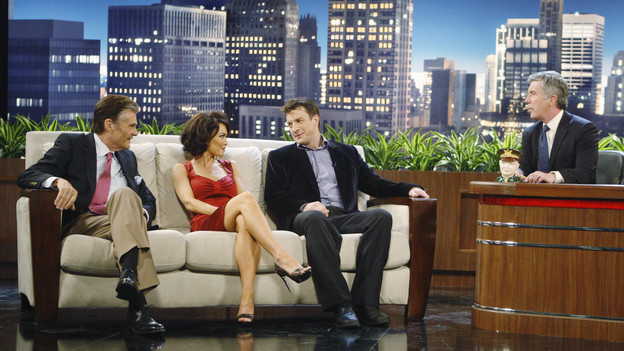 Hear that? Yep, it’s me breathing a sigh of relief that Castle is finally back on track. The chemistry was all right, the humor returned, and Beckett was back on her game. So HOORAY!

The Late Shaft was written by David Grae (Gilmore Girls, Without A Trace, and Joan of Arcadia), who did a wonderful job of incorporating the recent “Late Night Wars” into this episode. You think Conan is brewing up a balsamic vinegar and cranberry juice cocktail for Jay this morning? Hmm… Letterman’s wife might be sending one to him as well after the reference to the affair with the intern. But more on the vinegar in a moment…No, let’s address it now. NO! Enought said about that nonsense. After all, Lanie botched that one all by herself. Not to mention her comment about running the contents of the victim’s intestines to see what was there. Do I need to tell you guys what can be found in the intestines? Yep, and it ain’t cranberry juice and balsamic vinegar.

Lanie did say something right for a change. She said she ran every tox screen she could think of outside of the standard one looking for various poisons. This was actually good. Normally, she magically discovers everything from curare to the lipophilic alkaloid found in poisonous dart frogs in her standard tox screens, which cannot happen. The lab needs to know what to look for before running tests outside the norm.

The killer in this show used balsamic vinegar mixed in cranberry juice (who wouldn’t notice the taste of vinegar in their cranberry juice?) to trigger a fatal reaction to the MAOI inhibitor taken by his victim. This was really a stretch, even for this show. Just because someone is taking a MAOI inhibitor doesn’t mean that swallowing a bit of vinegar would kill him. Not at all. More than likely, if anything, they’d get a headache, or maybe an elevated blood pressure. However, according to a 1988 Brown and Bryant report… On rare occasions, cardiac arrhythmias, cardiac failure, and intracerebral hemorrhage have developed in patients receiving MAOI therapy that did not observe dietary restrictions. ( (c)1974-1994 Micromedex Inc. – All rights reserved – Vol. 82 Exp. 12/94):

ALCOHOLIC BEVERAGES – avoid Chianti wine and vermouth. Consumption of red, white, and port WINE in quantities less than 120 mL present little risk (Anon, 1989; Da Prada et al, 1988; McCabe, 1986). BEER and ALE should also be avoided (McCabe, 1986), however other investigators feel major domestic (US) brands of beer is safe in small quantities (1/2 cup or less than 120 mL) (Anon, 1989; Da Prada, 1988),
but imported beer should not be consumed unless a specific brand is known to be safe. WHISKEY and LIQUEURS such as Drambuie(R) and Chartreuse(R) have caused reactions. NONALCOHOLIC BEVERAGES (alcohol- free beer and wines) may contain tyramine (basically, anything fermented) and should be avoided (Anon, 1989; Stockley, 1993).

BANANA PEELS – a single case report implicates a BANANA as the causative agent, which involved the consumption of whole stewed green banana, including the peel. Ripe banana pulp contains 7 mcg/gram of tyramine compared to a peel which contains 65 mcg/gram and 700 mcg of tyramine and dopamine, respectively (McCabe, 1986).

BROAD (FAVA) BEAN PODS – these beans contain dopa, not tyramine, which is metabolized to dopamine and may cause a pressor reaction and therefore should not be eaten particularly if overripe (McCabe, 1986; Anon, 1989; Brown & Bryant, 1988).

CHEESE – tyramine content cannot be predicted based on appearance, flavor, or variety and therefore should be avoided. CREAM CHEESE and COTTAGE CHEESE have no detectable level of tyramine (McCabe, 1986; Anon, 1989, Brown & Bryant, 1988).

FISH – fresh fish (Anon, 1989; McCabe, 1986) and vacuum- packed pickled fish or CAVIAR contain only small amounts of tyramine and are safe if consumed promptly or refrigerated for short periods; longer storage may be dangerous (Anon, 1989). Smoked, fermented, pickled (Herring) and otherwise aged fish, meat, or any spoiled food may contain high levels of tyramine and should be avoided (Anon, 1989; Brown & Bryant, 1988).

GINSENG – some preparations have resulted in a headache, tremulousness, and manic-like symptoms (Anon, 1989).

SAUERKRAUT – tyramine content has varied from 20 to 95 mcg/gram and should be avoided (McCabe, 1986).

SOUPS – should be avoided as protein extracts may be present; miso soup is prepared from fermented bean curd and contain tyramine in large amounts and should not be consumed (Anon, 1989).

YEAST, Brewer’s or extracts – yeast extracts (Marmite) which are spread on bread or mixed with water, Brewer’s yeast, or yeast vitamin supplements should not be consumed. Yeast used in baking is safe (Anon, 1989; Da Prada et al, 1988; McCabe, 1986).

The foods to use with caution list categorizes foods that have been reported to cause a hypertensive crisis if foods were consumed in large quantities, stored for prolong periods, or if contamination occurred. Small servings (1/2 cup, or less than 120 mL) of the following foods are not expected to pose a risk for patients on MAOI therapy (McCabe, 1986).

AVOCADOS – contain tyramine, particularly overripe (Anon, 1989) but may be used in small amounts if not overripened (McCabe, 1986).

CAFFEINE – contains a weak pressor agent, large amounts may cause a reaction (Anon, 1989).

NUTS – large quantities of PEANUTS were implicated in a hypertensive reaction and headache. COCONUTS and BRAZIL NUTS have also been implicated, however no analysis of the tyramine content was performed (McCabe, 1986).

RASPBERRIES – contain tyramine and small amounts are expected to be safe (McCabe, 1986).

SOY SAUCE – has been reported to contain large amounts of tyramine and reactions have been reported with teriyaki (Anon, 1989), however analysis of soy sauce reveals a tyramine level of 1.76 mcg/mL and fermented meat may have contributed to the previously reported reactions (McCabe, 1986).

More than 200 foods contain tyramine in small quantities and have been implicated in reactions with MAOI therapy, however the majority of the previous reactions were due to the consumption of spoiled food. Evidence does not support the restriction of the following foods listed if the food is fresh (McCabe, 1986).

Okay, enough rambling. Back to show.

Did everyone count the number of guest stars this week? They even dug up Don Cortese and Bill Bellamy from early MTV. Bill Bellamy was also in Buying the Cow with Allissa Milano, who also made a recent appearance on Castle. 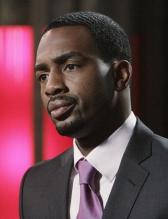 The sleazy knockoff of real-life sleazy PI Anthony Pellicano was a nice jab.

Beckett was back. She was strong and she was in charge (please do not bring back that horrid FBI character).

Beckett’s jealousy of Castle’s fling with the movie star was cute, and so were Castle’s attempts to bring out that jealousy. 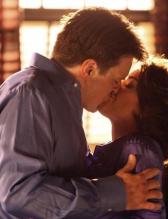 I’m not going to ding the police procedure this week, because there wasn’t enough of it to judge. Basically, the show was back to its roots, finally. But balsamic vinegar as a murder weapon…puleeze. I think this was the absolute worst instrument of death in the history of fictional murder.