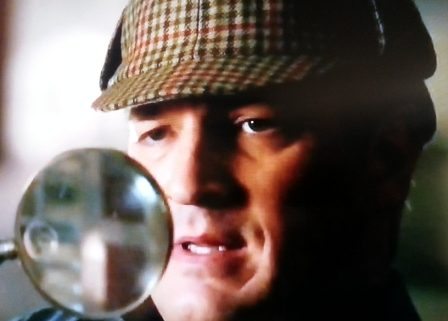 How much trouble can he (Castle) be? ~ Esposito

A good many fans freaked out when the D.A. kicked Rick out of the precinct at the end of the last episode because he used his mob ties to solve the last case, but I wasn’t one of them. No, one look at the promo for Castle, P.I. told me it was going to be fun… and I was right.

The opening scene in the loft with Rick making breakfast while already dressed, an apparent surprise for the women of the household, got the show off on to a great start. I loved the camaraderie between Kate and Martha, especially their hug and the endearment. That told me that Kate is truly part of the family. I had to smile… at the family dynamic and Martha’s green outfit.

Rick’s unique surprise for Kate when he showed up at the crime scene unannounced set the tone for the show: classic Castle. Rick is now a private investigator? I laughed out loud when he said he’d taken an online course. That meant he’d probably printed the certificate or license or whatever paper he waved in Kate’s face himself. Too funny.

I enjoyed the competition between Rick and Kate and the boys as they raced to solve the case. The moment when Rick got pepper sprayed was anther laugh out loud moment  I was a bit surprised that Rick picked up on the idea about the victim’s dog possibly having a chip, and the others didn’t. Go Rick!

The back and forth banter and crazy theorizing between Kate and Rick brought us back full circle to when they first began working together. Theorizing has always been a form of foreplay for them, so I wasn’t surprised when they apparently “got busy” that night at the loft after throwing out ideas. Whew! That scene, the one the next morning with Kate wearing Rick’s shirt (how adorable was that?), plus the one in Rick’s office, were my favorites. <fans self> 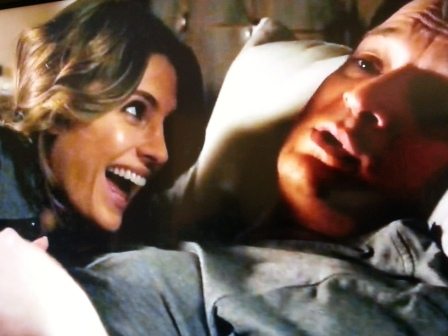 I didn’t guess who the killer was because I was too caught up in the Kate-Rick dynamic to really care who’d murdered the poor woman — another reminder of shows past, when I got too wrapped up in their chemistry to focus on the case. See? They’re just as good together, just as combustible, now that they’re married than they were way back when. Maybe even more so.

I’m sure that after another episode or two, Rick will find a way to return to Kate’s side at the 12th where he belongs, but for now I’m happy watching Castle, P.I. lurking in the bushes with a pair of opera glasses while he strives to solve a case before Kate, Esposito, and Ryan can do so. To me, the change has brought back the fun banter and competition from the Double Down in season two, when the four of them split up to solve a case involving a dead baseball player. The stakes aren’t the same, but the chemistry still rocks. Add that to the chemistry in the loft, Rick’s office, or basically anywhere Kate and Rick are alone together, and I can’t stop smiling.

Bring on the next episode and more Castle, P.I. I don’t know about you, but I can’t wait.

I was looking forward to watching this episode, especially after Melanie gave me a heads-up that it was pretty funny. After all, funny is what this show does best. However, I barely cracked a smile the entire time the tale unfolded on my TV screen. For me, it was not a great show. Cute in parts, but overall…just okay.

I was pleased to see Perlmutter on the scene, but that smile quickly disappeared when he announced that he’d used liver temp and lividity to determine the victim’s time of death, and that she’d died as a result of a single gunshot wound to the chest. Well, for starters, it’s a bit difficult to see lividity (impossible, actually) when the victim is fully clothed, including a long coat. And all that blood from a single gunshot wound? I’ve seen less blood when a victim was hacked to death with an axe. 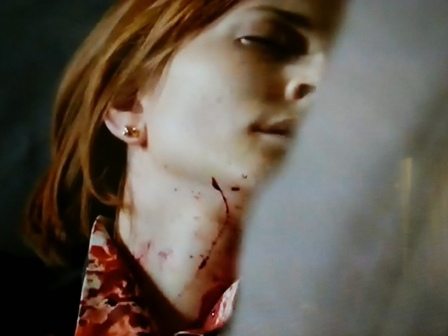 A bullet hole is not proof that the round was actually the cause of death. She could’ve hit her head on the way to the floor…any number of things. Anyway, I’m guessing Perlmutter was suffering from a mild case of Lanie-itis, so we’ll simply move along.

Also, Perlmutter’s ID showed him as County Coroner, so I’m hoping someone from the area can clarify. Why would a county coroner be on the scene of a NYC murder? Is that reality? I believe the OCME (Office of Chief Medical Examiner) has jurisdiction of all homicides within the city. Anyone? Jonathan Hayes?

Police precincts and hospitals throughout the City telephone a Report of Death to OCME’s Communications Unit; the clerk on duty records basic information concerning the circumstances of injury or death, and of hospitalization. The clerk then notifies an OCME MedicoLegal Investigator (MLI) assigned to the borough in which the death is reported.

The MLI’s responsibility is to inquire further into the circumstances and to determine whether the death falls within OCME jurisdiction.

And…
The Senior Medical Examiner in each of the five borough offices will, on a daily basis, review the cases referred by the MLIs for further examination and, in accordance with applicable law, determine whether an autopsy will be performed. An autopsy can take from one to several hours, depending on the nature of the case.

After completing the autopsy, the Medical Examiner issues a death certificate indicating the cause and manner of death.

*Remember writers, coroner and medical examiner are not the same.

A coroner is an elected official and may or may not be a medical doctor. (Many California sheriffs also serve as coroner).

Next, the whole “I’m a PI so I can tag along with the cops during their investigation” thing is not true. Not for a minute. PI’s are not cops and their presence at a crime scene could jeopardize the court case—evidence compromised, etc. Not to say it couldn’t happen from time to time, in special circumstances, but not as we saw in this show.

The same with Castle strolling around the morgue with the victim’s autopsy report in his hand while Perlmutter chased him around the dead body as if they were two of the Three Stooges. Yuck, yuck…

Now, I’m an old school fan of the Three Stooges, but to see this sort of thing on Castle, a show that halfway attempts to depict realistic police investigations, well, I just wasn’t able to suspend reality enough to enjoy the humor. And that’s because in one moment the characters were doing everything but tossing pies and the next scene showed them knee-deep in crime scene gore.

Typically, when the writers focus on humor the show is hard to beat. But to add the two extremes within a single episode—humor and case-heavy—just didn’t work for me. I was extremely glad to hear Castle say… “Case closed.”

The Execution of Cop-Killer Andrew Brannan
Scroll to top